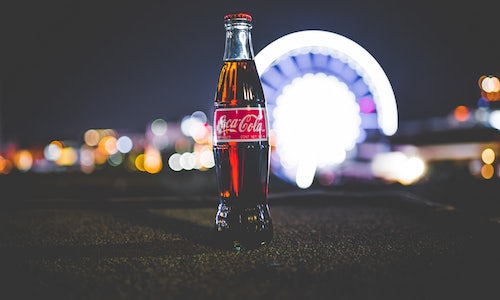 For more than 25 years, World of Coca-Cola has been a preeminent Atlanta attraction, drawing local residents and out-of-town visitors from throughout the United States and around the globe. The attraction wanted to create greater top-of-mind awareness among millennials considering where to spend an afternoon or host friends in the city. World of Coca-Cola and Jackson Spalding sought to let this important target audience know that the attraction is not just for tourists and families, but offers unique experiences and entertainment for millennials that cannot be found at other Atlanta attractions. World of Coca-Cola and Jackson Spalding set a goal to make the attraction top-of-mind for millennials and deepen its connection with the local millennial community by increasing awareness and engagement, ultimately inspiring them to visit and bring their friends. Specific objectives for the campaign included:

Knowing that Instagram is the preferred social channel of millennials – according to MRI data, 73 percent of the platform's users are millennials – World of Coca-Cola and Jackson Spalding built a strategy around Instagram influencers to reach millennials through people they already follow and trust. The goal was to cultivate a community of leading Atlanta millennial influencers to act as ambassadors for World of Coca-Cola and promote the attraction to their followers.

The team first identified 12 Instagram influencers who not only had a significant following, but who shared Atlanta-focused social content and contributed to the burgeoning creative scene in the city. It was important that these influencers share a love for the city of Atlanta – which after all, was the birthplace of Coca-Cola more than 130 years ago.

Once the influencers had been identified, World of Coca-Cola and Jackson Spalding invited them to contribute to a special temporary photography gallery to be installed at the attraction. To participate, each influencer was asked to capture three images that displayed their unique interpretation of the theme, "Share a Coke with Atlanta," and post each image to Instagram using #ShareaCokewithATL over the course of four weeks in late 2016. These photos generated significant excitement among each influencer's community of followers – average engagement was 750 likes and 18 comments per post – and began to spark organic interest in the World of Coca-Cola through word of mouth. Of the resulting images, one photo from each influencer was selected for display in the physical gallery in the attraction. Offering influencers this unique platform and unmatched level of exposure in one of Atlanta's most popular destinations allowed World of Coca-Cola to forge personal, meaningful relationships with the influencers.

When the gallery was unveiled in January 2017, the millennial influencers and their guests were invited to gather at World of Coca-Cola to enjoy dinner, drinks and the unveiling of the "Share a Coke with Atlanta" gallery. The exclusive event deepened relationships with influencers and provided a sharable experience that they wanted to show to their social followers. World of Coca-Cola also provided influencers with tickets to the attraction to give away through Instagram so their followers could visit the attraction before the gallery closes in May 2017. These giveaways again encouraged the influencers and their followers to continue the conversation about the gallery. The gallery features a sign inviting visitors to show how they Share a Coke with Atlanta by posting their own photos to social media using #ShareaCokewithATL. Visitors who attended the opening weekend of the gallery could also use a custom Snapchat geofilter to share the gallery with their friends. World of Coca-Cola and Jackson Spalding also pitched the gallery opening to local media to amplify the news of the unique partnership with local influencers and artists.

Ultimately, through organic conversations and engaging artwork, this partnership generated buzz among millennials and created a unique, inviting experience for millennials who visit World of Coca-Cola.

World of Coca-Cola and Jackson Spalding set out to make the attraction top-of-mind for millennials by increasing awareness and engagement, ultimately inspiring them to visit and bring their friends. Specific objectives revolved around generating a certain number of social posts and impressions. As of Feb. 14, 2017 – one month after the gallery's opening – the #ShareaCokewithATL campaign has surpassed each of its objectives:

The #ShareaCokewithATL hashtag has been used 78 times on Instagram and 23 times on Twitter. Additionally, media relations efforts generated 70 online, broadcast and print media placements for a total of 335,066,605 additional impressions. The campaign relied on the authentic voices of millennial influencers to generate a collective 340,132,271 impressions, increasing awareness of the attraction and driving engagement among millennials. 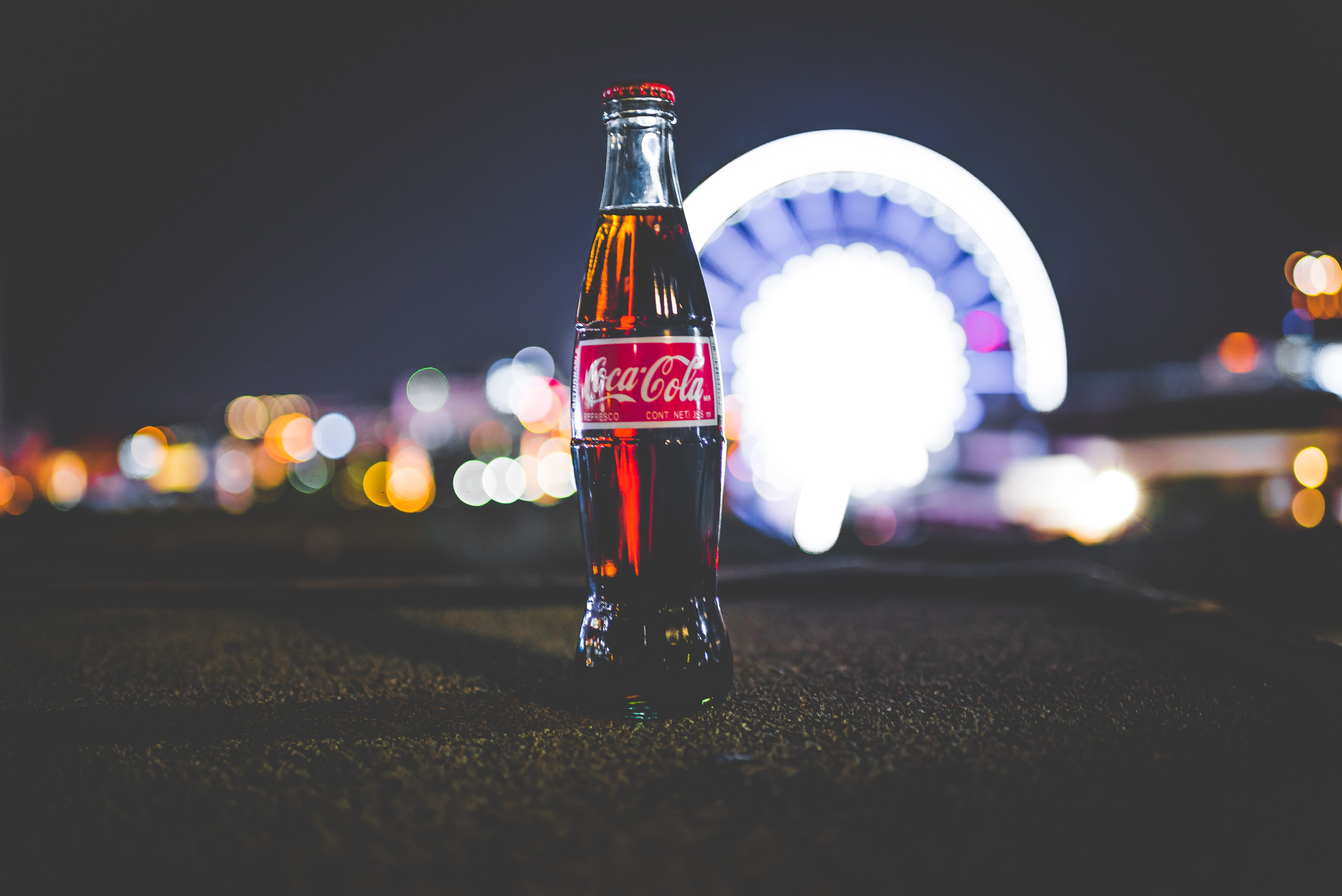 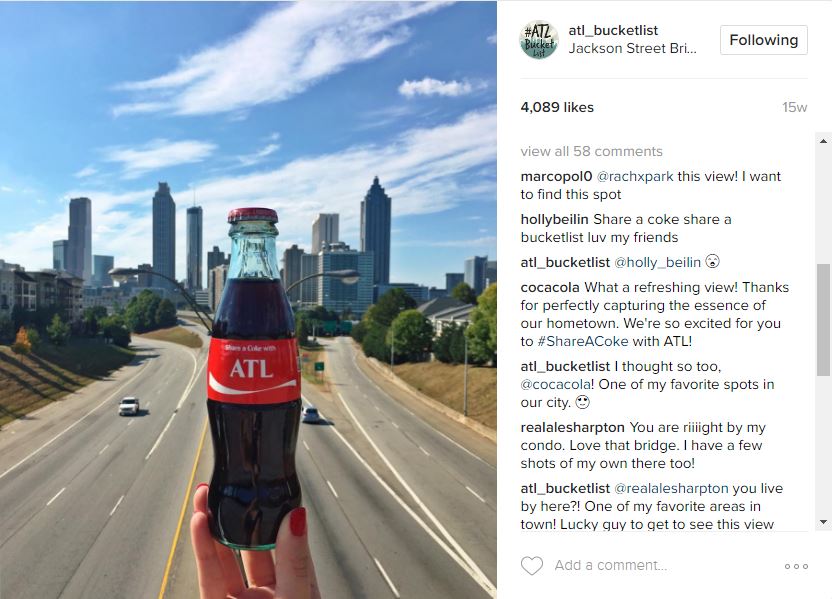 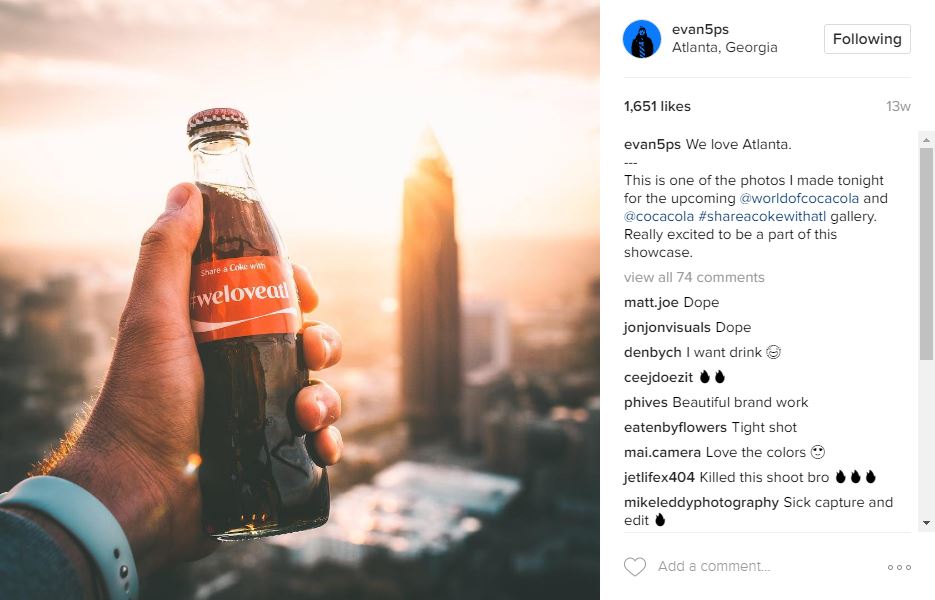 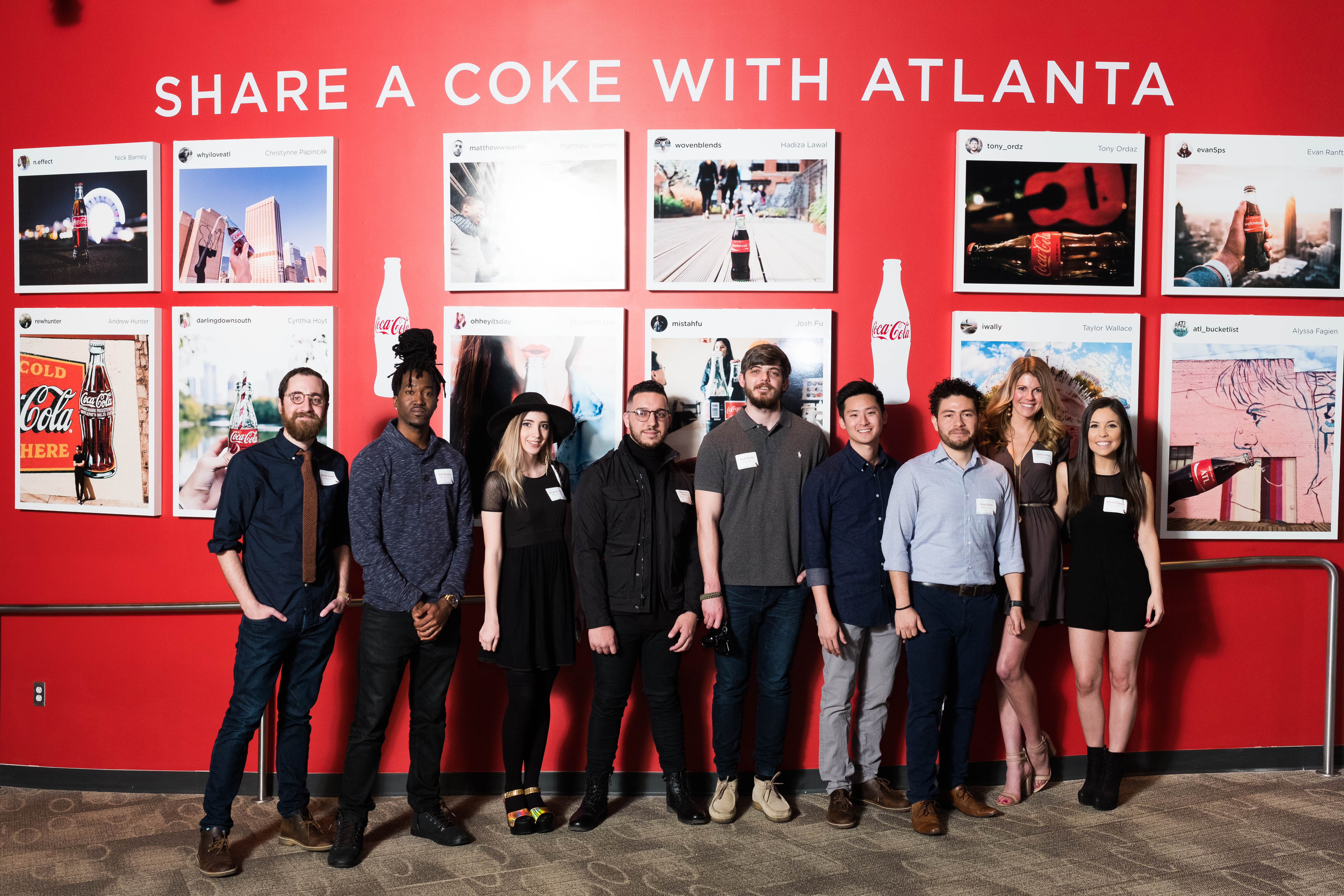