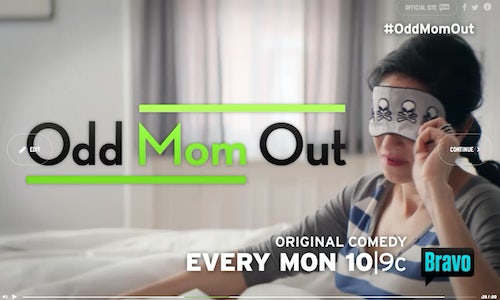 With a successful and critically-acclaimed first season under its belt, Bravo looked to excite viewers for "Odd Mom Out's" second season by taking the"word of mouth" strategy to the next level.The network leveraged a first to market technology and the show's fan base by empowering them to express their love of the show across social media in an innovative way that would organically resonate with new viewers.The network empowered every fan of the series to be a certifiable "influencer" through their "robo-acclaim" execution which allowed users to embed their acclaim into the Bravo season 2 trailer, making them appear to be certifiable critics. Once fans "saw their name in lights" they were highly motivated to share on their platforms, generating a genuine endorsement.

In order to capture the attention of viewers and excite them for "Odd Mom Out" Season 2, Bravo engaged its audience right where they spent most of their time: online. First, Bravo leveraged the strong fan base it had already created, and the social media sharing that its tech-savvy viewers were likely to utilize.

Looking to social media to spread the message about "Odd Mom Out," empowered fans used their own words and became certifiable critics within their very own custom trailer – an industry first! Bravo created a first of its kind interactive "Trailer Customizer"/Robo-Acclaim microsite, which allowed fans to insert their unique praise into a high sheen and hilarious trailer. Fans could access the innovative experience from both desktop and mobile, where they could pair clips from "Odd Mom Out" with their own personal endorsements (or use pre-filled words if they weren't so creative). After a few more customizations like text color, fans created a shareable link of their trailer and send it to friends through social media, becoming a published critic, much like "Time Magazine," the other notable critic baked into the trailer. Fans were thrilled to see their "name in lights" as if they were indeed a professional critic/publication outlet.

Bravo added another layer of fun by moderating the customizer, putting safeguards in place (filtering out curse words and expletives) to ensure that the more mischievous users kept their "critics' quotes" clean! Try adding any of the 5,600 bad words or alphanumeric iterations within your "praise" and the experience would kindly ask you to "use words that your mom would approve."

The microsite allowed Bravo to encourage its existing fans to talk about how much they liked the show and share it with others, while also rewarding those viewers with a new look at the fun they'd have with Season 2.

Bravo also engaged new viewers by targeting readers of New York Magazine's digital site, producing a first-to-market custom editor takeover in which Jill, the series' lead, edited the site's homepage, subbing in the "Jillified" versions of headlines, which conveyed Jill's humor and relatability –a key hook for the series (e.g., "The Absolute Best Bars in the Upper East Side" became "Studies Show Wine May Actually Improve Dance Skills"). The takeover concludes with an "Odd Mom Out" banner ad—a perfect way to quickly engage readers with the kind of humor that "Odd Mom Out" fans and critics love.

Rounding out its campaign, Bravo engaged potential viewers with disruptive digital units – animating the hilarious pixel creative. Digital was the perfect space to convey movement with the pixels (read: symbolically society) that try to shut her up. 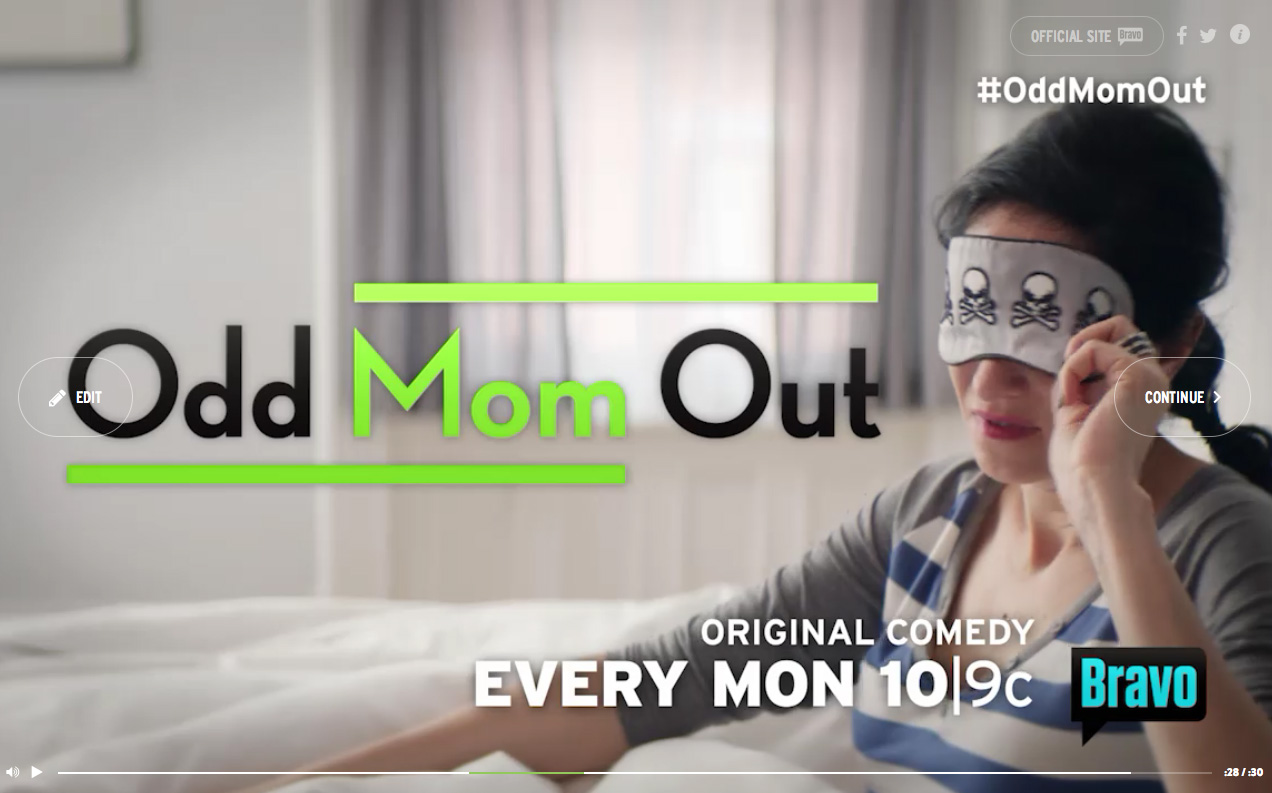