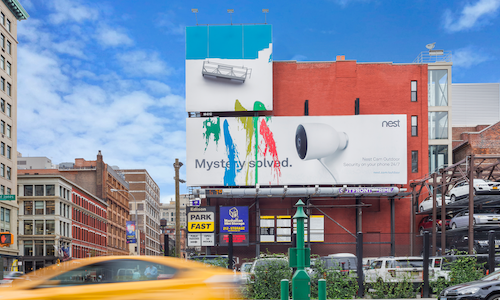 In the summer of 2016, Nest aimed to develop a campaign that generated awareness and interest in the release of its first outdoor security camera. . However, Nest wanted to avoid the security category cliches and scare tactics with a more creative concept that could work online and off to spark interest and conversation for the camera.

What's the point of a security camera if you don't see everything that happened? Unlike other cameras, Nest Cam records 24/7 – so no mystery goes unsolved.

To provoke curiosity and engagement, we curated a collection of different outdoor/home mysteries, and then placed them in specific media locations, all under the campaign theme "Mystery Solved"From paint spills on a NYC billboard, to a "Audi" print ad exhibiting a missing car, we reimagined traditional advertising channels to showcase Mystery Solved. All of our OOH & print stunts drove to a landing page on nest.com which housed the actual clips shot on Nest Cam Outdoor which, thanks to 24/7 recording, solved the mysteries. The clips were shared out across social and digital over the course of 6-weeks to further amplify the story. Press and the public started to take notice of the campaign on social, resulting in even more earned impressions for the Mystery Solved campaign and the launch of Nest Cam Outdoor. 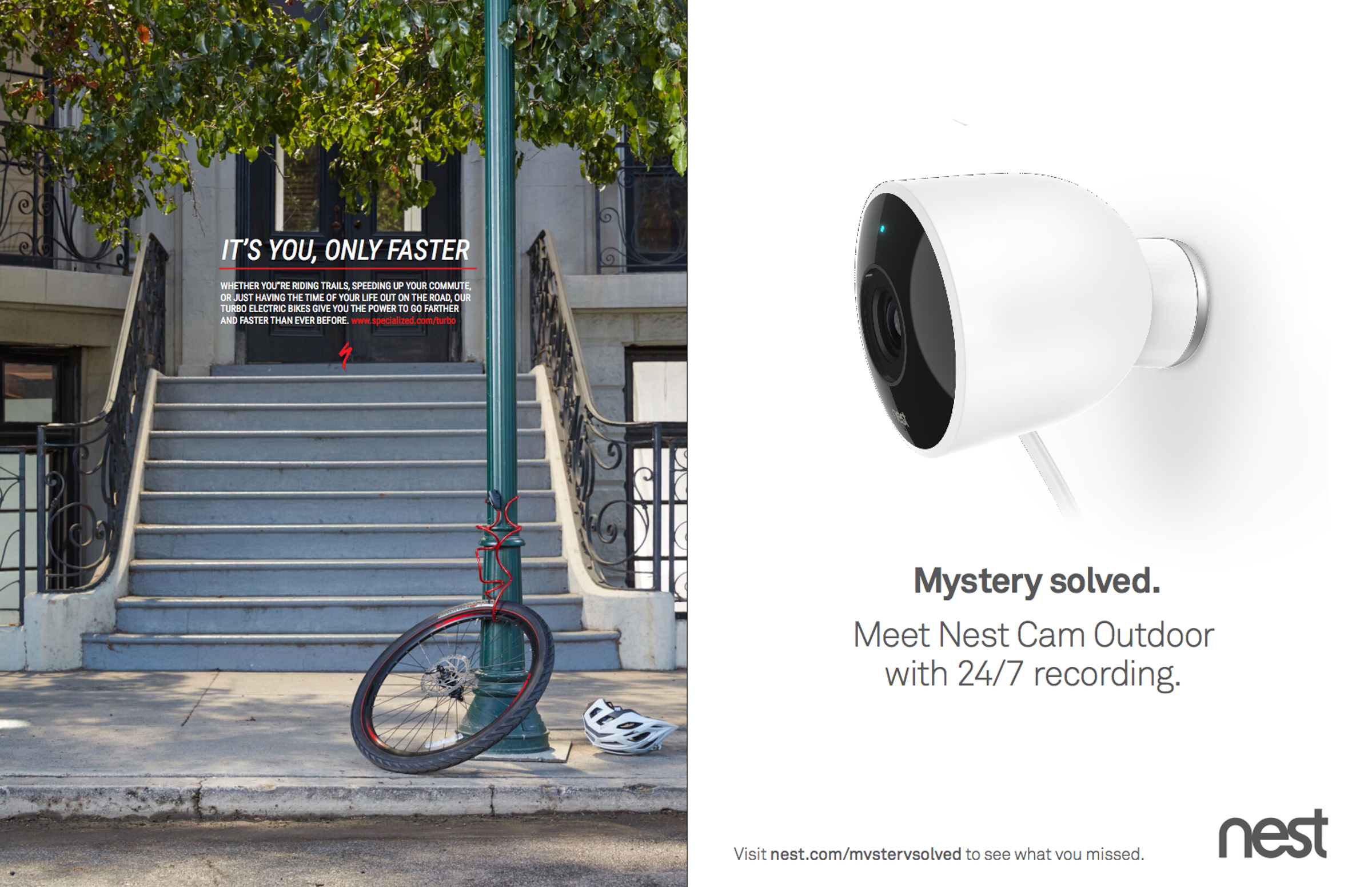 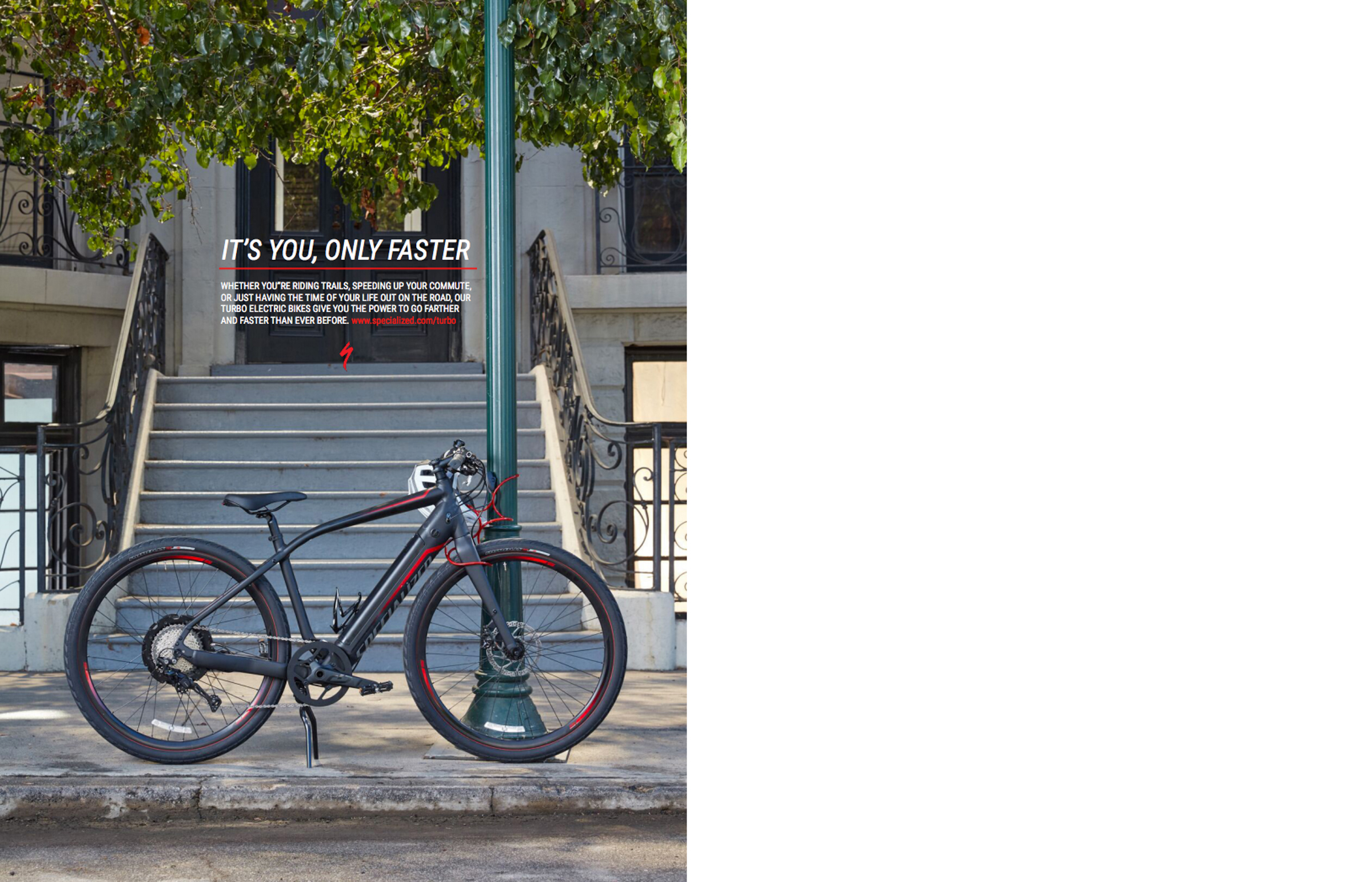 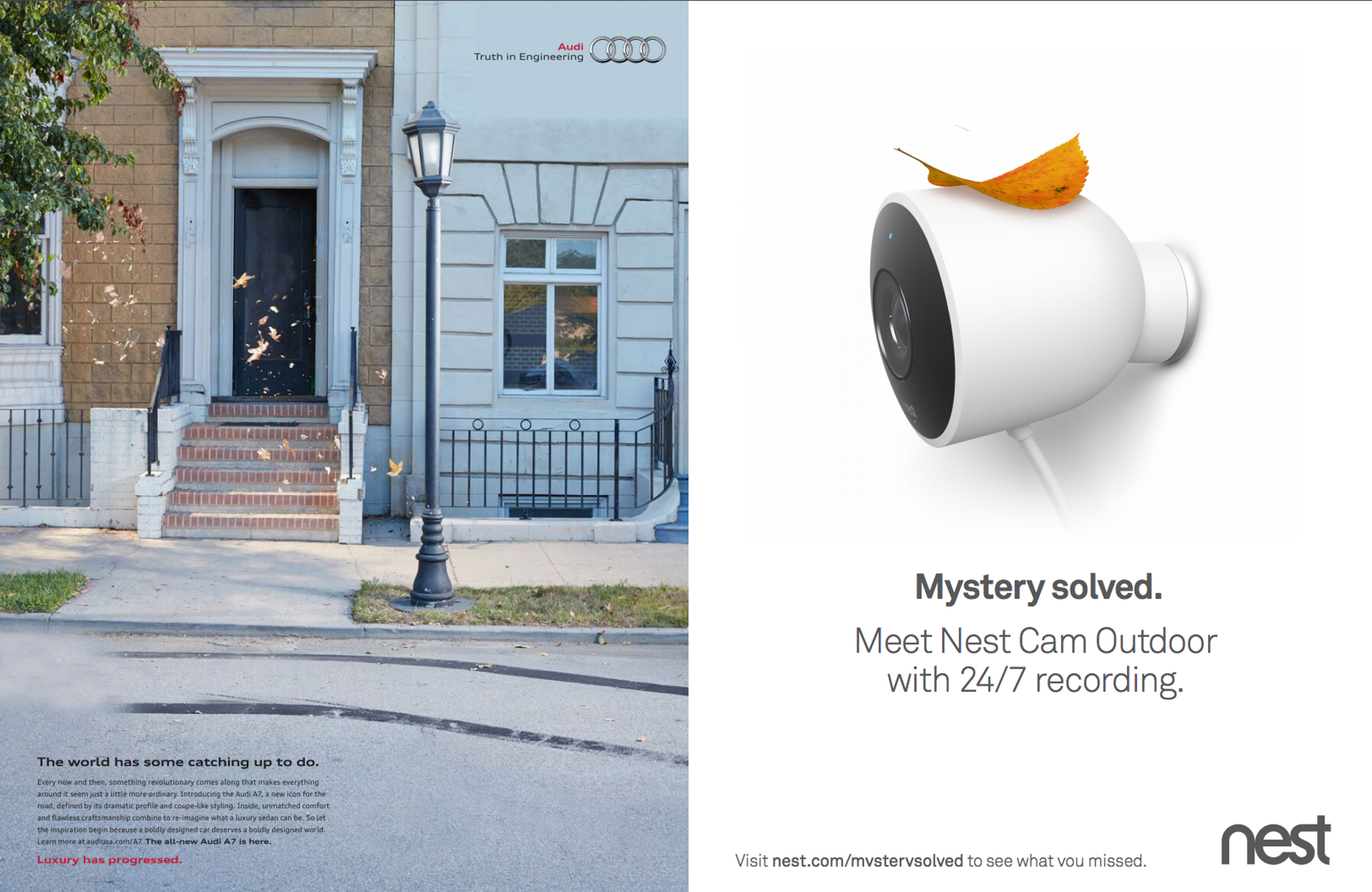 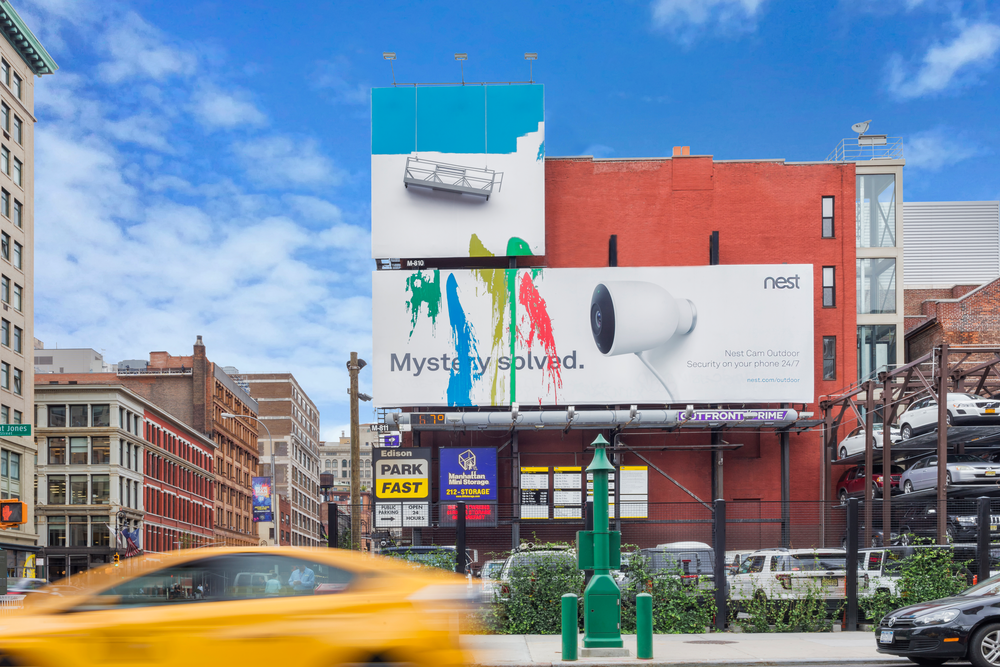 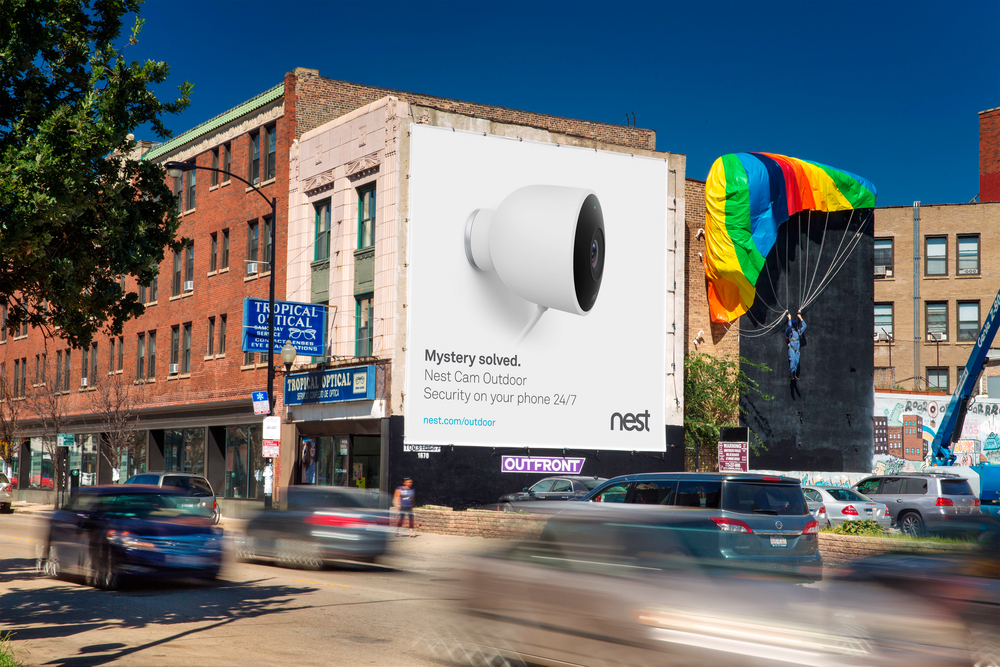 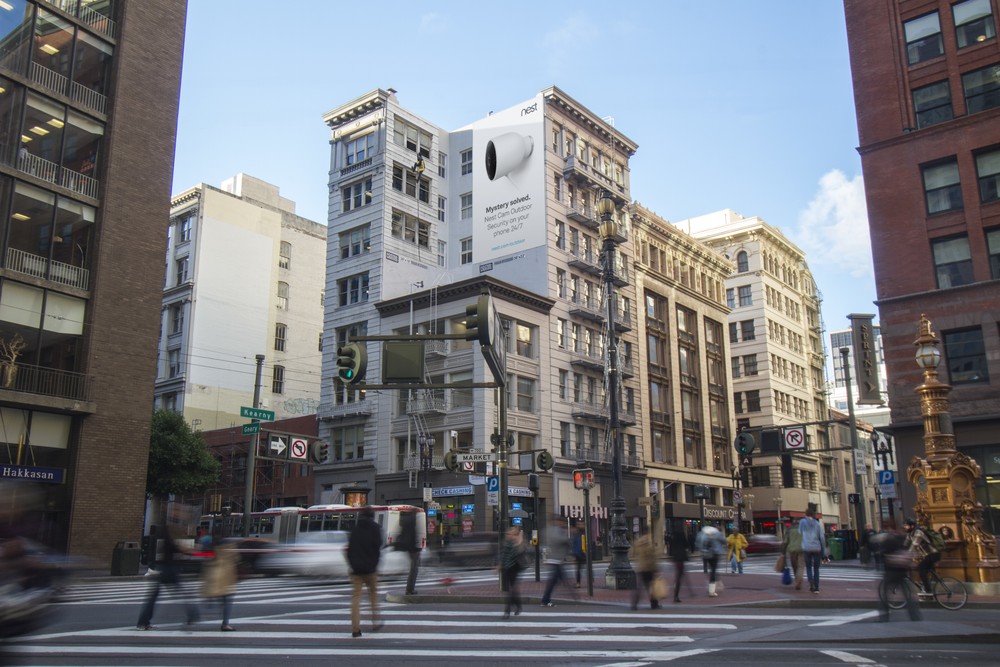 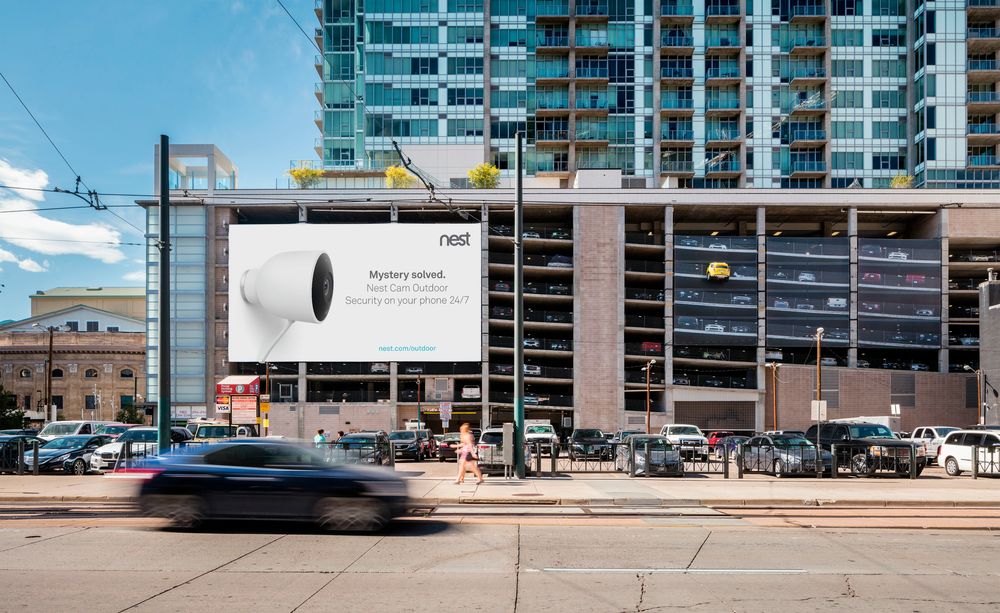