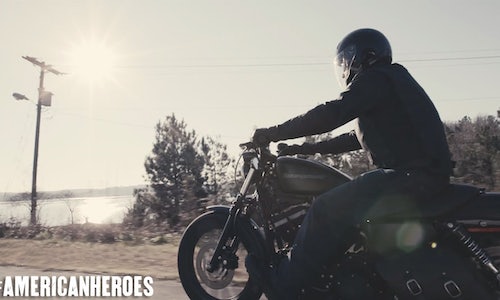 Every day, 22 veterans take their own life – many of whom suffer from Post-Traumatic Stress Disorder (PTSD). Harley-Davidson decided to try and change that narrative by positively impacting the lives of those who have served and reinforcing the importance of learning to ride safely, since anecdotal evidence shows that peer-to-peer activities such as motorcycle riding can provide positive therapeutic benefits for PTSD. Harley-Davidson, its customers and its dealers have always had a strong connection to the military and a commitment to supporting America's active troops and veterans.

And through two World Wars, Korean and Vietnam wars, veterans have had a strong connection to the freedom that comes from being in the saddle of a Harley-Davidson motorcycle. But for this latest generation of veterans, the relevance of riding has waned. As the category leader, looking to grow the brand with new riders, Harley-Davidson's mission was to give something back to those who have sacrificed so much and make a difference in their lives.

Recognizing this opportunity, Harley-Davidson offered all current and former U.S. military the opportunity to learn to ride a motorcycle for free through its Riding Academy (offered at many U.S. dealerships for $350).

Spread awareness of the potential therapeutic benefits of motorcycle riding, specifically focused on improving the lives of servicemen and women living with post-traumatic stress disorder (PTSD).

Drive engagement around Harley's historic support of and commitment to our country's military.

To generate awareness and spark conversation, Weber Shandwick created a powerful video series that profiles various veterans taking back the freedom they've sacrificed so much to defend through Harley-Davidson's "Operation: Personal Freedom" program.

The latest video in the series titled "Comeback Chapter" features Bradley Sims, a police detective, former Army Reserve Soldier and new Harley-Davidson rider. We first met Brad through a letter he sent Harley-Davidson, sharing his battle with PTSD after two tours in Afghanistan and an attempted suicide. However, through the free Riding Academy offer, Brad found freedom and strength in riding his Harley-Davidson motorcycle.

Moved by Brad's story, we wanted to meet this American hero and share his "comeback chapter" to show other veterans how learning to ride a motorcycle could fit into their comeback plan.

In an effort to engage the passionate community of bikers and veterans – as well as non-bikers – in unique ways, we leveraged the landmark 75th Daytona Bike Week to debut the "Comeback Chapter" video and simultaneously seeded the content on Harley's social media channels.

Our winning strategy consisted of a two-pronged approach:

Show how simple it is for military personnel and veterans to learn to ride safely through Harley-Davidson's free Riding Academy offer.

Create memorable, emotionally impactful video content that shares a deeply personal experience with PTSD. Incite a national conversation around the potential therapeutic benefits of motorcycle riding for those living with PTSD.

Validate the benefits of motorcycle riding for our nation's heroes, providing a sense of brotherhood and freedom on the open road.

Engage consumer action through optimized content across traditional and digital media, to spark conversation and drive broad awareness of the benefits of motorcycle riding and helping those who served take back their own freedom through the open road.

More than 55,000 veterans and military personnel have engaged in the program and nearly 10,000 have already been trained to ride so they can enjoy the freedom they've fought so valiantly to defend.

Number of riders trained increased by 29.8 percent, nearly quadrupling our goal of 7.4 percent.

“Outstanding ad, outstanding message, outstanding program. Not gonna lie, as a veteran, this brought a tear to my eye." - Nick Burbaugh

“Not much to say except that was an awesome video. Thank you to Mr. Sims for your service and to [Harley-Davidson] for honouring veterans like you do. As a veteran myself, I really appreciate that. Riding is like therapy, when you get on a Harley you forget about what is bothering you and concentrate on the fun time you're having" – Brad C.

“Making my comeback story. This video really hit home for me and I know a few close friends!" – Lonny Huebner

“Love it. Great video. From 1 vet to another, free your mind from its entrapments" – Michael Wedell

“I'm happy for the comeback you made, Sir. I have always called riding 'two wheel therapy'" – James Colvin

Video for Harley-Davidson: The Comeback Chapter 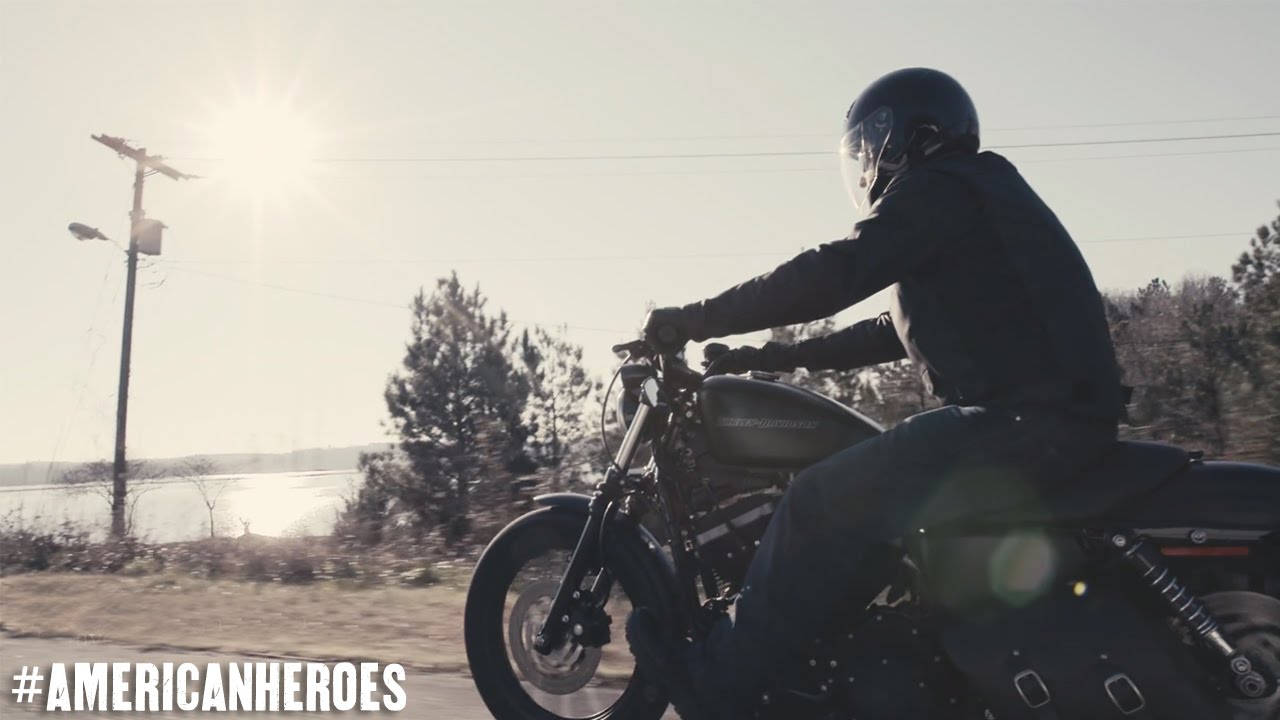 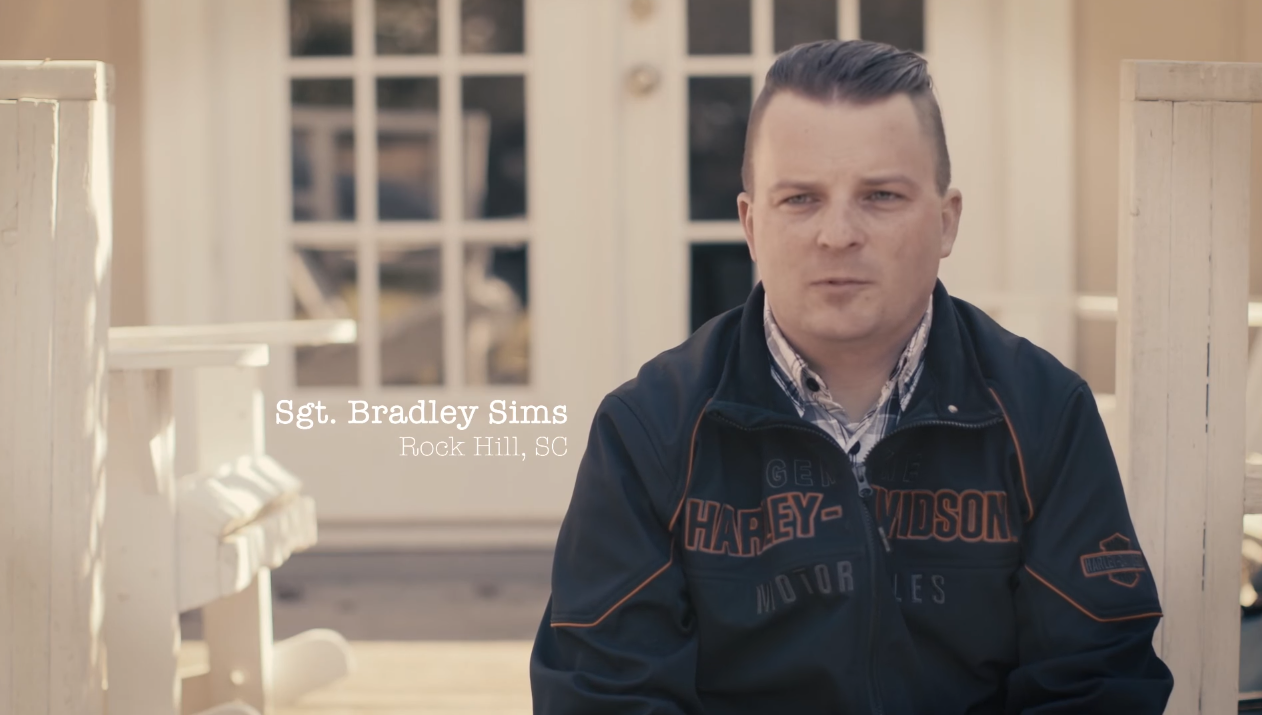