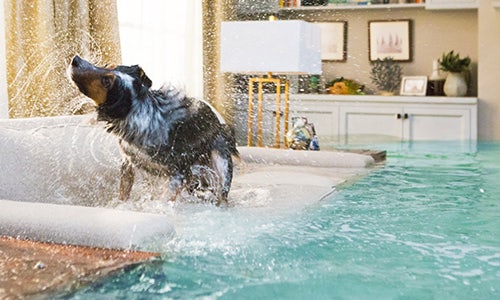 The latest campaign for Farmers Insurance®proves their vast experience by telling unbelievable but true stories of claims they've seen and covered. Our goal is always to increase consideration for Farmers and stay top of mind among our audience, so we had to keep this campaign fresh and relevant in the social and digital space.

An opportunity to do this presented itself when we discovered a claim covered by Farmers involving a pack of dogs flooding the entire first floor of their owner's home. And with buzz for the Summer Olympics building, we seized the opportunity by creating a new event: the Flooded House Dog Diving Competition.

We brought this charming example of Farmers experience to life with a cohesive campaign across digital and social media.

First came the "Mer-Mutts" commercial, where the sink-plugging pups performed an Esther Williams-esque aquatic routine in their homemade swimming pool.

This waterlogged living room then became the arena for the Flooded House Dog Diving Competition. The event was kicked off with a YouTube masthead that introduced the competition and led viewers to a YouTube playlist spotlighting seven individual routine videos of dogs plunging off furniture, stairs, even a high-dive mantel, and into the submerged living room.

The videos were shared across Farmers' social media platforms, helping us jump in on the buzz around the Summer Olympics, and share both entertaining feats of canine athleticism, as well as the Farmers campaign message, with the world.

With a combination of a TV, snackable content for social, and high-impact media opportunities such as the YouTube masthead, we were able to tell a brand story that fit seamlessly into what people were paying attention to at the time. By leveraging the popularity and "now-ness" of the Olympics, we captured far more awareness and engagement per dollar spent than had been seen in the history of Farmers Insurance advertising.

Over the 12-day effort, our sink-plugging pups made a splash with over 483K post-engagements on social, 71K click-throughs, and 3x higher likes and impressions than any previous campaign content.

The masthead received over 9,900,000 video completions, and the routine videos were viewed over 539,000 times combined. The pups picked up tons of press from Creativity, MediaPost and People, and initial data shows a general market consideration intent lift of up to 8.8%.

Thanks to these soggy dogs, Farmers had one of its most successful advertising efforts to date. And by putting this delightfully unusual insurance claim story in front of the eyes of so many, we continued to prove that – at Farmers, we know a thing or two because we've seen a thing or two. 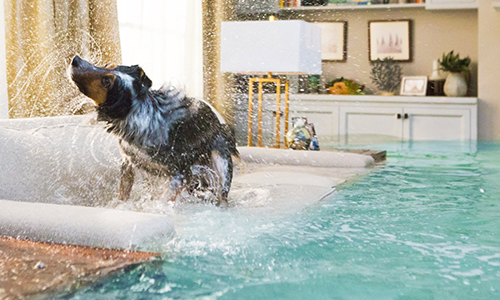 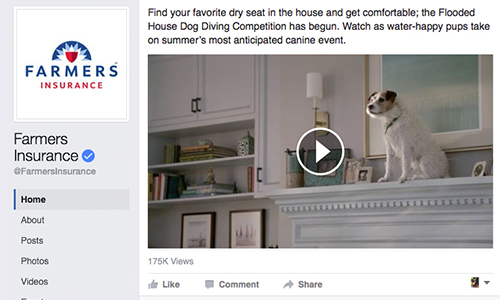 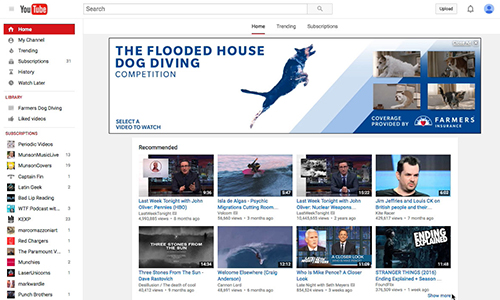 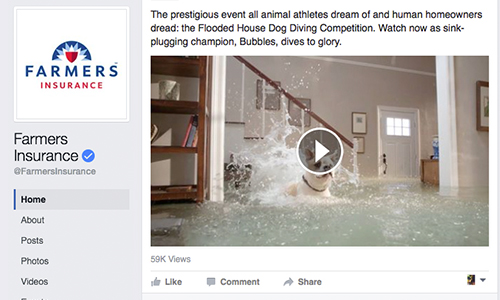 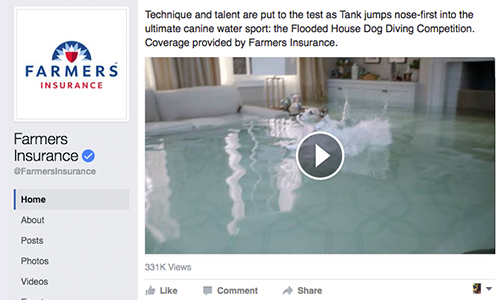 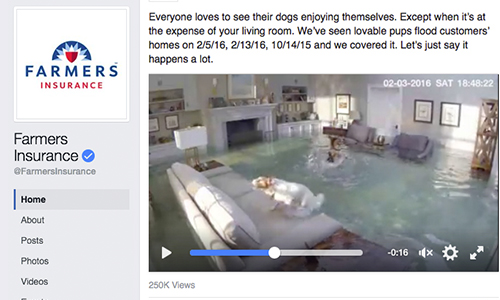