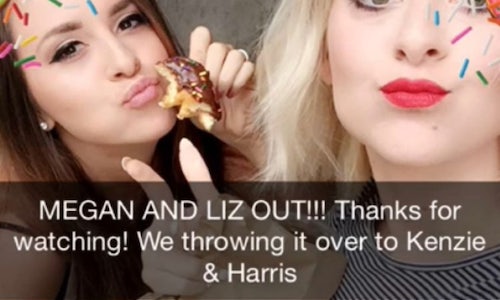 In honor of National Donut Day, Dunkin' Donuts and Trilia were looking to create an awareness campaign featuring fun, celebratory, and playful content that would highlight their delicious donuts and encourage fans to visit their stores.

Dunkin' Donuts felt that visually enticing creative content was the best way to motivate audiences to visit their stores and partnered with digital talent network and entertainment studio, Collab, to create a national Snapchat campaign with a special offer to fans that day: Get a free donut with the purchase of any beverage. The minimum benchmark was to reach 2-3 Million people.

The day before National Donut Day, the eight creators informed their supporters on Snapchat, Instagram, and Facebook that they were planning to take over Dunkin' Donut's Snapchat channel on donut day.

On the day of the event, Collab strategically organized all the creators in a back-to-back one-day takeover of Dunkin' Donut's Snapchat that was implemented across three time-zones in three different cities across the country. The creators were directed to create content that enthusiastically encouraged their supporters to follow Dunkin' Donuts on Snapchat and visit the stores for the special offer. The creators also posted tune-in announcements on Instagram, Twitter, and Facebook to drive traffic to Dunkin' Donuts Snapchat channel.

Dunkin' Donuts provided the creators unique custom Snapchat Geofilters, which can only be accessed in-stores, to enhance their content. For a truly integrated experience, the brand also created 'Snapchat Geofilter call to action' signs in-store so visitors knew that they could share their own content with the filters. Dunkin' Donuts was also one of the first brands to use Snapchat's newest feature, 'Snap to Unlock', which allows users to unlock a Geofilter from anywhere after they open up the Snapchat camera and scan the snap code. They provided the code to their fans to enjoy the Geofilter not only in-store, but anywhere that day (http://bit.ly/2fYs0EC).

Collab played to the strengths of the influencers and produced visually effective content. From colorfully curated photography of the brand's donuts, to beatboxing, to comedic antics centered on their experience in-stores, each creator successfully met the goals of the campaign.

Dunkin' Donuts also saw a high level of tagging from friends, family, and fans in comments across all platforms.

Additionally, the campaign resulted in hundreds of thousands of uses of the National Donut Day Geofilter, which led to millions of peer to peer views. 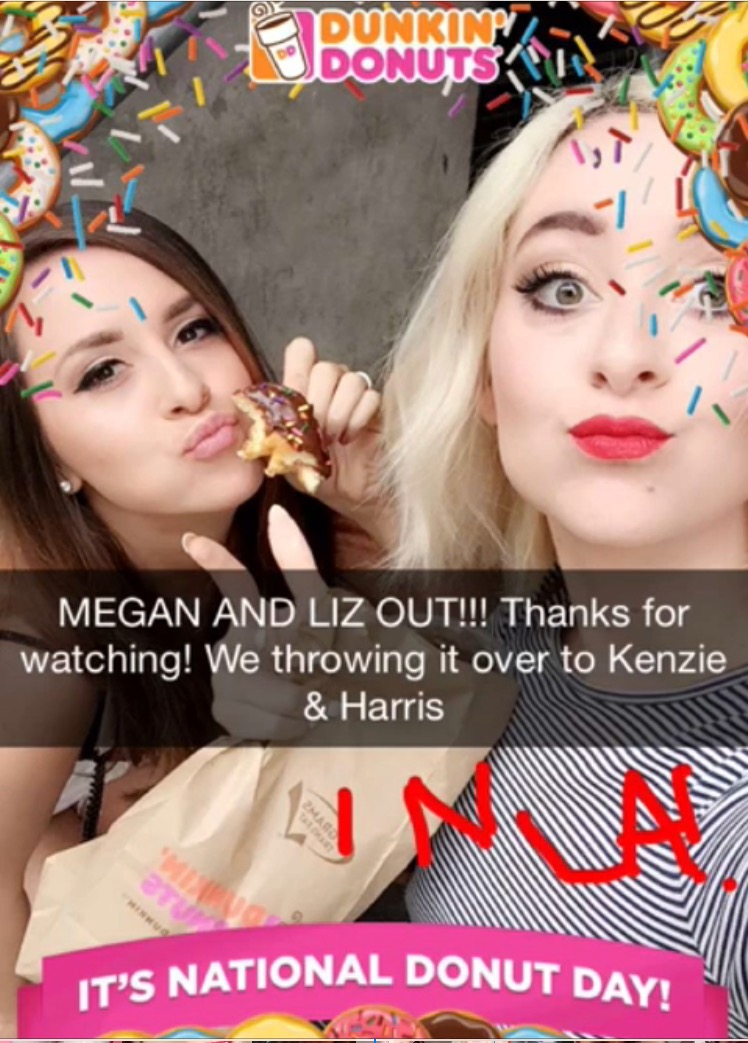