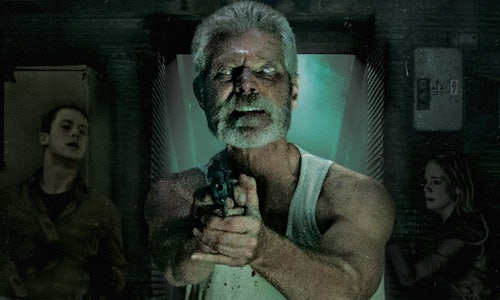 Don't Breathe, Sony International's psychological horror thriller, is a twisted cat and mouse game between a group of wayward teens and a blind man who is not what he appears to be when the hunters become the hunted. Written and directed by Fede Alvarez, a highly regarded up and coming filmmaker, the thriller seeks to satisfy fans in their unquenchable thirst for new films in the genre.

Sony wanted to create a complete digital marketing and PR package to promote the film in an interactive, engaging, suspenseful way across platforms and mediums, without revealing too much of the plot. As a longstanding partner, AvatarLabs was enlisted to ideate and execute a digital campaign from concept to creation: an original 360° video experience that was embedded as Snapchat's first 360° video ad, a real-world recreation of the experience for press, and a social content and online media campaign.

The goals were to connect first with influencers and press, and then with fans leading into the film's premiere.

Working with Sony, AvatarLabs proposed an original 360° immersive, cross-platform, virtual reality video experience. The creative process began with identifying one of the most nerve-racking, edge of your seat scenes that would parlay well into an interactive experience: a scene that centered on the main characters being chased by a gun-wielding, blind murderer through a treacherous, pitch-black basement.

The director and studio wanted the experience to feel like exclusive additional footage from the film. Unlike many 360° videos where viewers simply turn in place, AvatarLabs designed the innovative production to push beyond this limitation, allowing viewers to not only rotate their view 360° but also move forward, providing a much more dynamic view of the terrifying scene and characters within. The video was designed with a virtual reality experience in mind; viewable on YouTube via desktop, or in virtual reality via a mobile device and Google Cardboard.

AvatarLabs scouted a location in Los Angeles eerily similar to the basement in the film and cast similar-looking actors to bring the suspenseful scene to life. Knowing that the editing process for this unique type of piece would be more efficient if there weren't visible camera tracks to remove in post, a 360° camera was affixed to a custom motorized rig so that the camera could record while it was moved forward via remote control through the tight space.

The 1:30 minute piece was captured as one continuous shot, and in total darkness. This required intense rehearsal from the actors, and numerous takes. Great sound design, which is key to the experience, was created using audio from the film, original music composition and sounds captured the day of the shoot. The resulting experience fully immerses the viewer into the harrowing scene, giving him the unsettling sense of what it feels like to be hunted.

After launching on YouTube and Facebook, the video was debuted as Snapchat's very first 360° video ad, which launches with a 10-second clip users swipe on to see the full 360° video. This ad tech "first" generated domestic and global press from Variety, MediaPost, and more.

Additionally, the week of release, Sony hosted an event for international and domestic media at the swanky SLS Hotel in Beverly Hills. AvatarLabs was brought in to create an experiential walkthrough of the basement set used in the 360° video for the press to navigate through in pitch darkness, after watching the video with Google Cardboard. Given three minutes to make their way through the "basement," the press were subjected to "real life" terrors, including walking through "cobwebs" (strings hung from the ceiling) and being chased by a "madman" (the actor who played the Blind Man in the 360° video). Each journalist's reaction was recorded with night vision cameras and the recordings were provided to the journalist on a USB at the end as a memorable keepsake and shareable collateral.

In the first 72 hours after launch on YouTube and Facebook the 360° video garnered more than 700k views, and has been viewed more than 2.6M times to date. Viewers commented: "this has to be the only ad I've ever liked, this is really cool " and "that was so so so so so so cool. I will definitely see that movie ".

The live media event attracted more than 40 journalists and was very highly regarded with press.

The film came in #1 at the domestic box office opening weekend at $26M, with what The Wrap called a "shockingly massive" debut, besting the studio's expectations and ending Suicide Squad's three-week reign at #1. 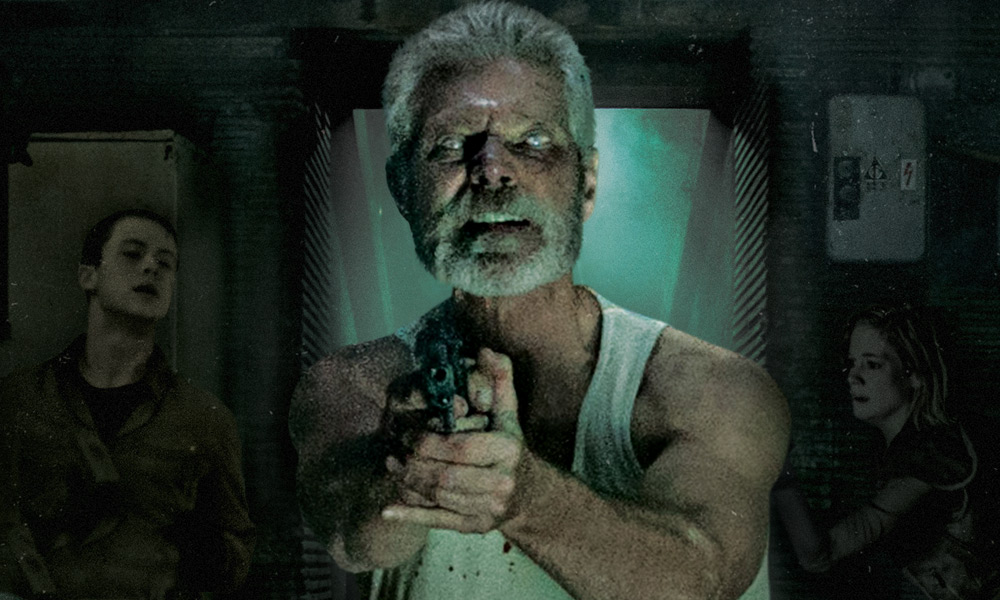