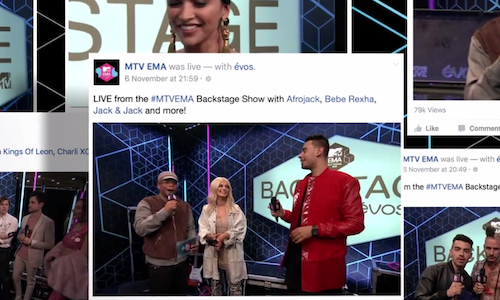 Every year, the MTV EMA is the world's biggest night in music, and each year, our audience consumes content on more platforms. In order to reach them and continue to engage their fandom, our overarching marketing strategy and message was that fans could watch the show EVERYWHERE. Facebook gave us a unique opportunity to reach our vast global audience. Our 2016 Facebook campaign gave our worldwide network of followers access to the EMAs like never before.

The campaign culminated on November 6 with a star-studded live event and immersive digital experiences reaching fans worldwide. Hours before the show started we got fans buzzing by giving them access to the Red Carpet via Facebook Live, sponsored by Listerine. Then, during the commercial breaks, we continued to stream live Backstage with Évos via our site and Facebook. Fans clamoured to see interviews with stars like Shawn Mendes, DNCE and Martin Garrix, to name a few, and candid moments, like a freestyle rap between Shawn Mendes and Jack & Jack. Just when fans thought the show was over, we delivered a Facebook Live stream of Afrojack's after party DJ set.

Fans from around the world viewed and interacted with The 2016 MTV EMA's in more ways than ever before, especially on Facebook. After nearly 20 Facebook Live broadcasts from around the world we recieved 10x more social video views compared to last year's total. Facebook's latest innovation allowed fans to directly ask their favorite stars questions and see exclsuive interviews from the MTV EMA Red Carpet and backstage. Our 2016 social campaign was engaging and innovative because we connected fans with their favourite stars in a completely new, personal way. 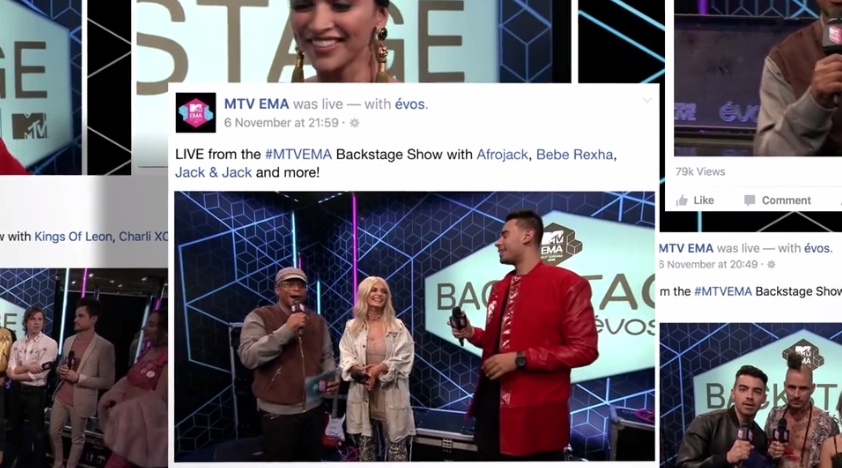