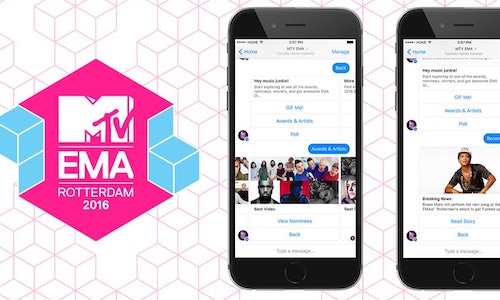 Every year, the MTV EMA is the world's biggest night in music, and each year, our audience consumes content on more platforms. This year we wanted to reach our global audience in a unique, personal way through Facebook Messenger. The 2016 MTV EMAs was the first award show with its own custom bot built to be fans' personal EMA companion.

The 2016 MTV EMA bot was launched two days before the show to answer ANY questions fans may have had – from the number of awards Beyoncé has received to local show times – as well as easy access to GIFs and the the latest EMA news.

As the show unfolded live fans were served GIFs of their favorite artists on the red carpet, backstage, and main show through the EMA bot. Fans could also search for GIFs within the Bot by search (emojis included!) or by hitting the 'GIF Me' button for a random moment from the night. Our followers could also engage with the live show! Fans participated in polls that dictated what happened during the backstage show and suggested questions for the backstage host, Becca Dudley, to ask EMA stars during backstage interviews.

Our 2016 social campaign was engaging and innovative because we connected fans with their favourite stars and the MTV EMA show in a completely new, personal way. Users the night of the show averaged 7 1⁄2 minutes in time spent and accessed an average of 7-8 GIFs through repeat searches. The MTV EMA Bot pioneered new technology in giving fans an interactive companion to live broadcasts, in the space where fans already have conversations about our content and events. 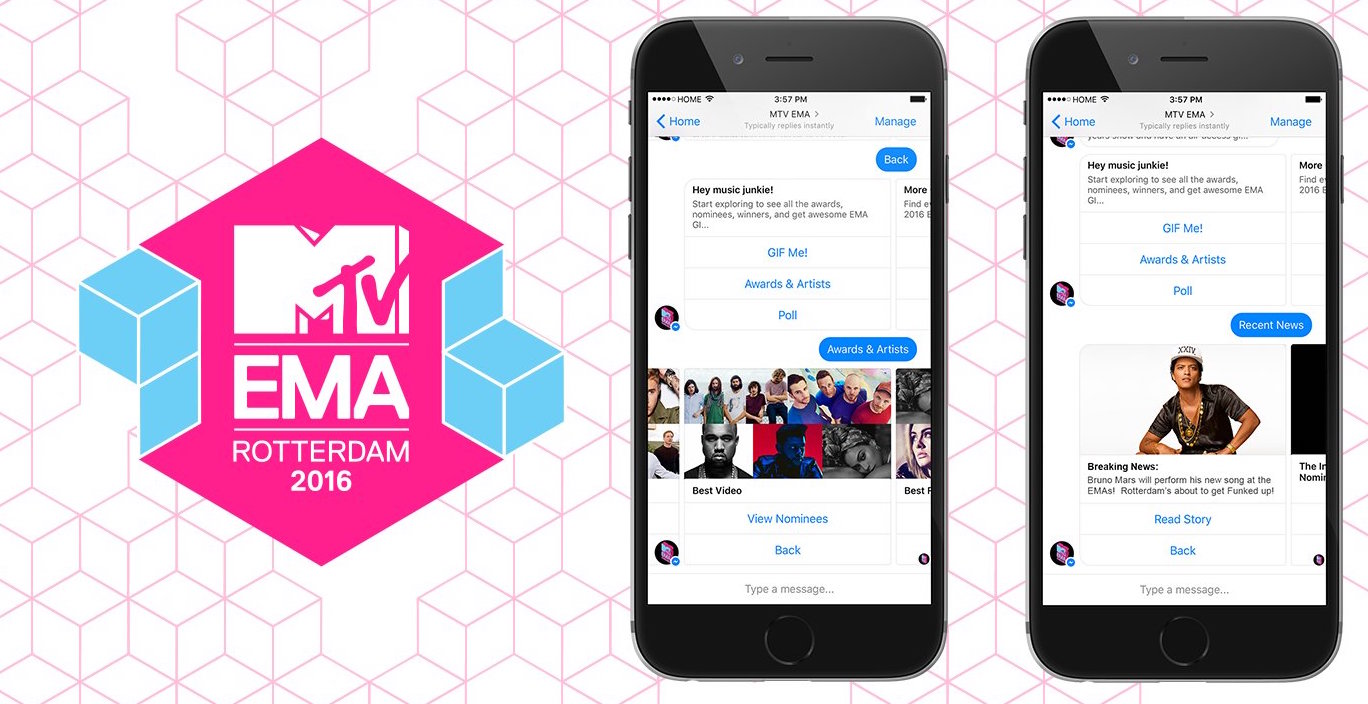