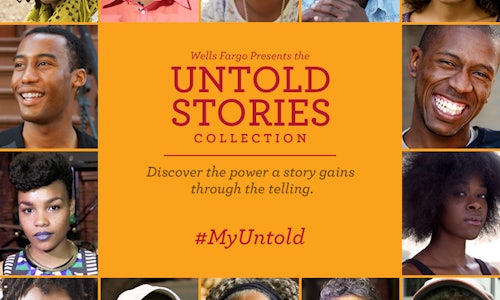 African Americans (AA) are passionate about their history and take great pride in celebrating their legacy. The tradition of storytelling is a rooted, cherished part of AA culture. From the everyday to the extraordinary, stories are important to the collective AA history – present and future – and together, they are a defining part of American history.

Wells Fargo's commitment to diversity is in our company's roots. We understand the value of highlighting stories that add to the fabric of the AA experience — and therefore, the broader American experience. We also understand the need for the rich and varied AA experience to not only be heard, but also shared, and are committed to empowering the African American community through the art of storytelling.

Our objectives for this 2015 program were to increase brand awareness and favourability and to promote user-generated stories that speak to African American progress and support positive cultural identity while driving engagement with our online content. Wells Fargo understands, appreciates and celebrates the AA experience through the #MyUntold campaign and invites AAs to share their stories, too … "because the greatest untold story may be your own."

Wells Fargo's #MyUntold Campaign launched in 2014 as a social storytelling movement to celebrate the untold stories of African Americans and what it means to be Black in America today. We learned that there was something special and unique about providing an outlet for storytelling to the AA community. Our audience not only expressed a deep appreciation for the "Untold Stories" we were bringing to light, but they began to organically share their own stories. Our effort continued through 2015 with new social content, a digital hub to house all of the stories collected and a retooled engagement model to enhance our Untold Stories platform.

To inspire conversation and drive engagement, we enacted an integrated campaign spanning paid, owned, earned and team member channels. To drive storytelling, we anchored around a campaign hashtag, #MyUntold, to serve as a way to share these stories — the defining moments — that represent what it means to be AA and promote dialogue around the experiences and contributions of the community.

At the core of the campaign, our digital hub fostered the telling and sharing of stories, as an inviting place for the AA community to curate its own history. All efforts below drove back to this hub as a place to explore other's stories and share your own story. The hub features stories from the everyday to the extraordinary – demonstrating to our audience that every story has importance and that anyone can participate.

We identified four thematics that displayed high resonance among the audience – community, entrepreneurship, culture, personal growth. These thematic lenses were used for content throughout the year, driving an overarching narrative that aligned closely with events and traditions that resonate with the AA audience.Timely event sponsorships and activations, including the 2015 NAACP Image Awards, UNCF Evening of Stars and MegaFest, let us share the MyUntold message on-site with new audiences.

Third-party paid media sponsorships such as our Oprah.com takeover and SAY Media partnership extended our reach within the target demographic on well-respected sites. We activated Wells Fargo team members through the Teamworks intranet, driving them to add their own story to the collection. Earned media coverage drove awareness and increased social conversation across the country, including on-campus events at Historically Black Colleges and Universities (HBCUs) and during an on-site activation at the National Newspaper Publishers Association (NNPA) where we captured Untold stories. We engaged the NAACP President to share his story, adding to our collection.

Social influencer content inspired conversation about culture and progress, bringing greater attention to the importance of heritage through meaningful storytelling and social sharing. Multiple influencer activations (on- and offline, including a Google+ Hangout, multiple Instagram parties and a Live Gathering) drove powerful third-party content. Taking the storytelling element one-step further, we transformed user-generated stories into permanent works of art via personalized wood etchings to surprise and delight fans who had submitted their stories to the hub and across social channels. Print collateral and ATM placements rounded out the conversation cross-platform. 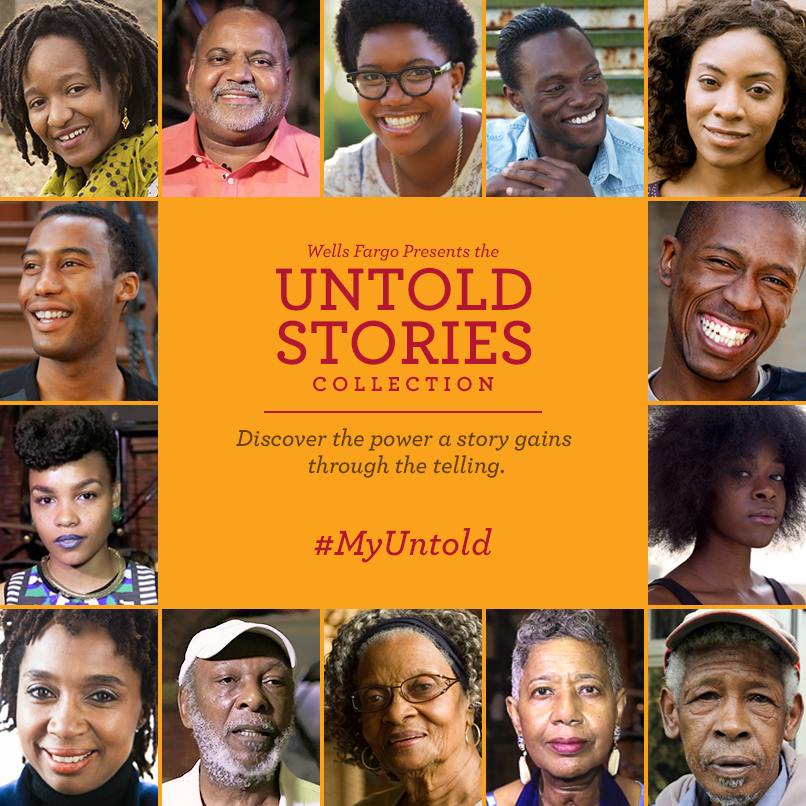