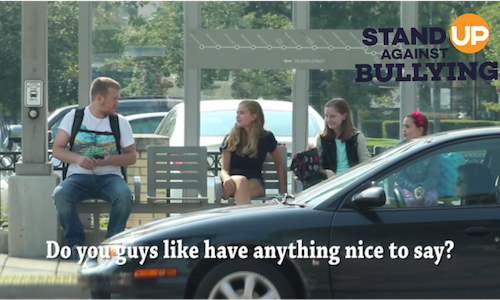 UPlift Someone: Stand UP Against Bullying

With so much negativity in the world, UP's objective is to continually entertain families with uplifting, inspiring and fun content. With that mission in mind, our Uplift Someone pro-social initiative was launched in 2010 to remind and inspire people to do simple acts of kindness. In 2015 we sought to create an impactful campaign that aligned with October as National Bullying Prevention Month and to reinforce UP's commitment to help people deal with life's many challenges. Our multi-platform UPlift Someone: Stand UP Against Bullying campaign was created to raise awareness about bullying prevention tactics. As part of our robust campaign, we released the Who Will Stop the Bullying video to tackle the harsh realities of bullying and display how each and everyone of us can stand up against the painful injustice. We knew that we were taking a risk by embarking on this social experiment but we were driven by our optimistic outlook that people would do the right thing even if no one was looking.

Our overall strategy was to raise awareness. With this campaign we were determined to make an impact. We enlisted talent from our original series and movies such as Jo Frost of Jo Frost: Nanny on Tour, Troy Dunn, Luke Perry and Kristy Swanson to lend their voices to our anti-bullying PSAs, provided anti-bullying tips for parents and teens on UPtv.com throughout the month and also displayed an orange UP logo on-air and across our digital platforms to reflect solidarity with the National Bullying Prevention Center's Unity Day on October 21.

We wanted to encourage people to do good in their every day lives. In 2014 we achieved wild success with our UPlift Someone: Cop Stop video where Michigan police officers gifted unsuspecting drivers with their holiday wishes instead of traffic tickets. At a time when law enforcement was under intense scrutiny and criticism, we were able to shed light on good police officers and their acts of kindness. After the success of the Cop Stop video, which has garnered more than 86 million views we knew that we wanted to continue to touch even more people with our next video.

In partnership with producer Rob Bliss, we created a thought provoking piece of content that sought to answer the question, "Who Will Stop the Bullying" and get conversations started online to grow awareness around the severity of bullying. Unaware patrons came face to face with a bullying incident and had to decide if they would be noble and stand up for the middle school victim or simply ignore the crude act taking place before them. We opted to film the interactions covertly and in a high traffic area to establish an organic environment that would capture the true essence of the actions and emotions of the bystanders.

2. Uplift others to be courageous and stand up against bullying

3. Show the authentic good natured spirit of strangers through a piece of digital content

Our UPlift Someone campaign was a huge success and our Who Will Stop the Bullying video made a significant impact, garnering more than 41 million views to date. We were able to bring people together in a meaningful way to address bullying. Media outlets such as PopSugar and Huffington Post shared our video along with celebrities such as Ashton Kutcher and Inside Edition's Megan Alexander. Aside from the online awareness, we were overjoyed to connect with the groups that are most often affected by bullying: teens. Since our video's release, it has been screened in schools, educational programs, and by anti-bullying outlets within the United States and abroad.

-17K Page Views on anti-bullying post, with an average time of 3:25 spent on page

As our UPlift Someone initiative is an ongoing campaign, we are excited to be able to touch so many people and continue to leave a lasting impact that will uplift and inspire throughout the entire year.

Video for UPlift Someone: Stand UP Against Bullying 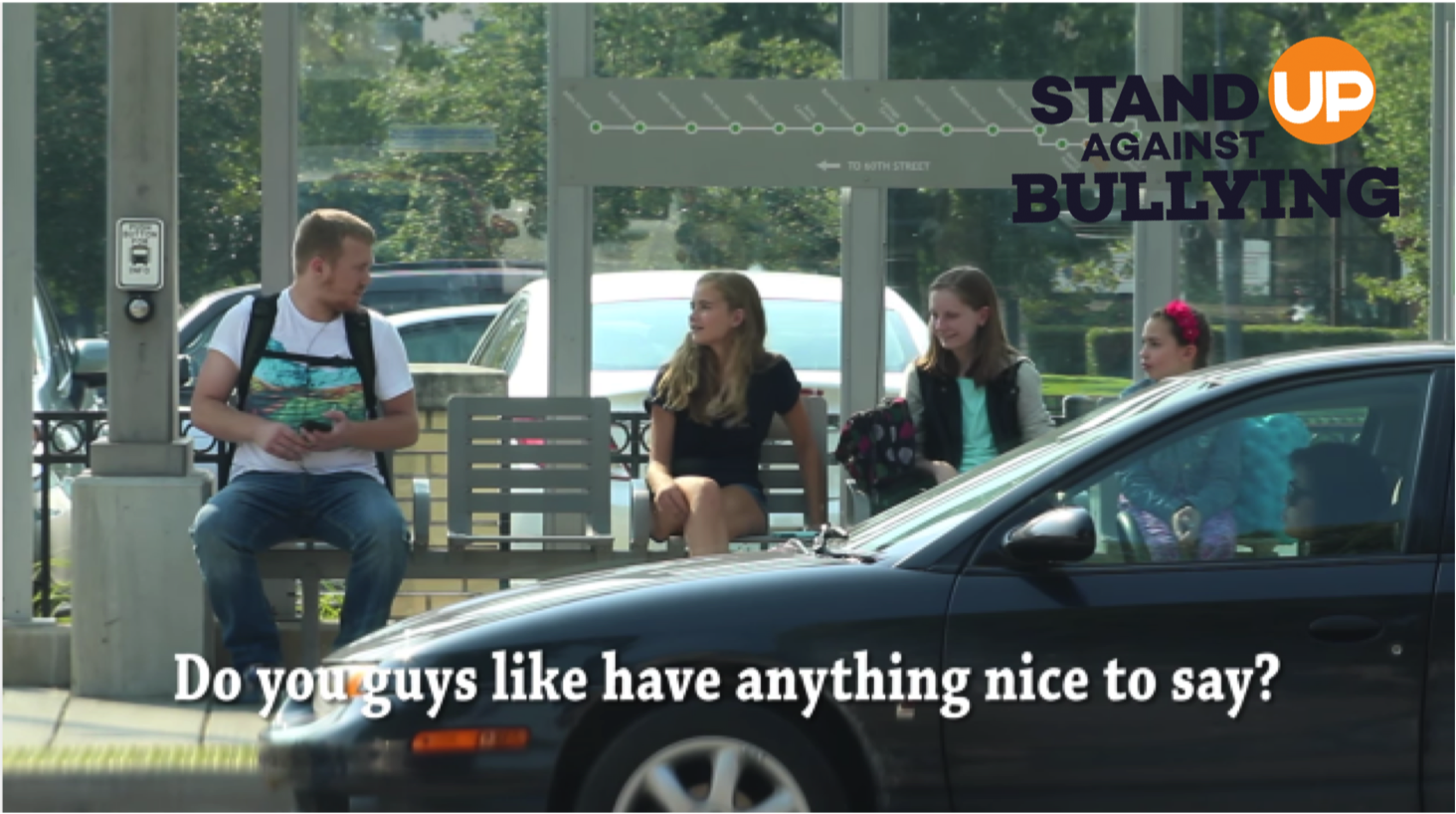 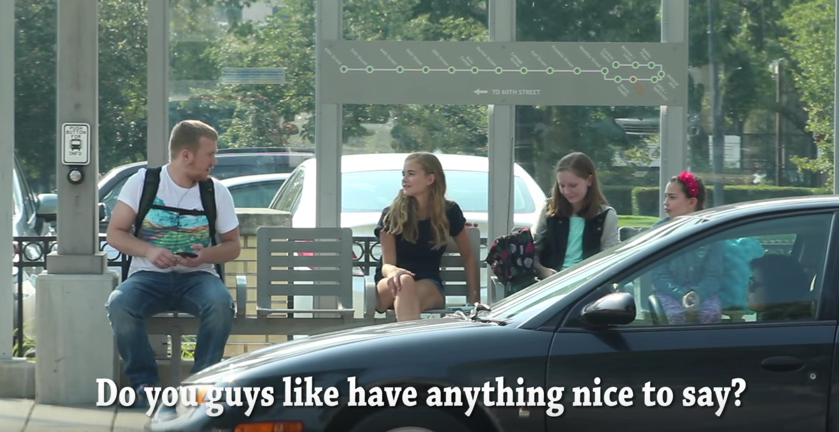 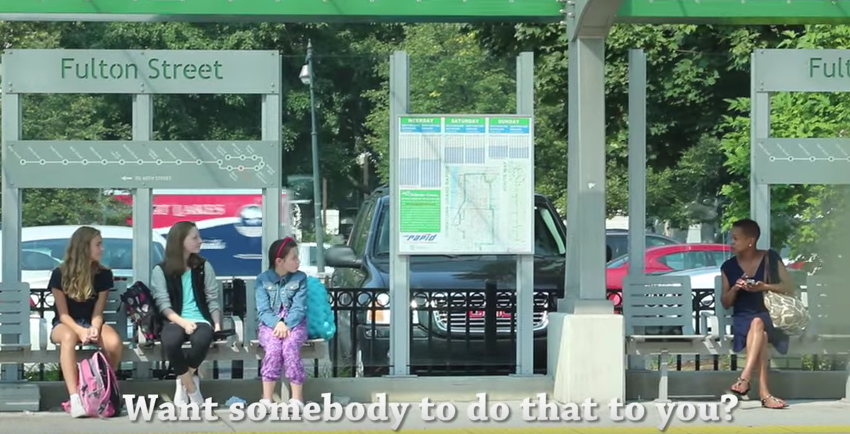 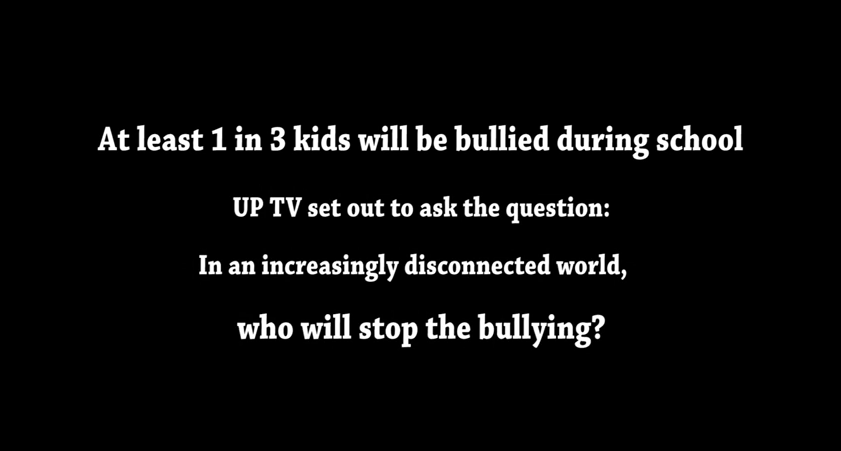 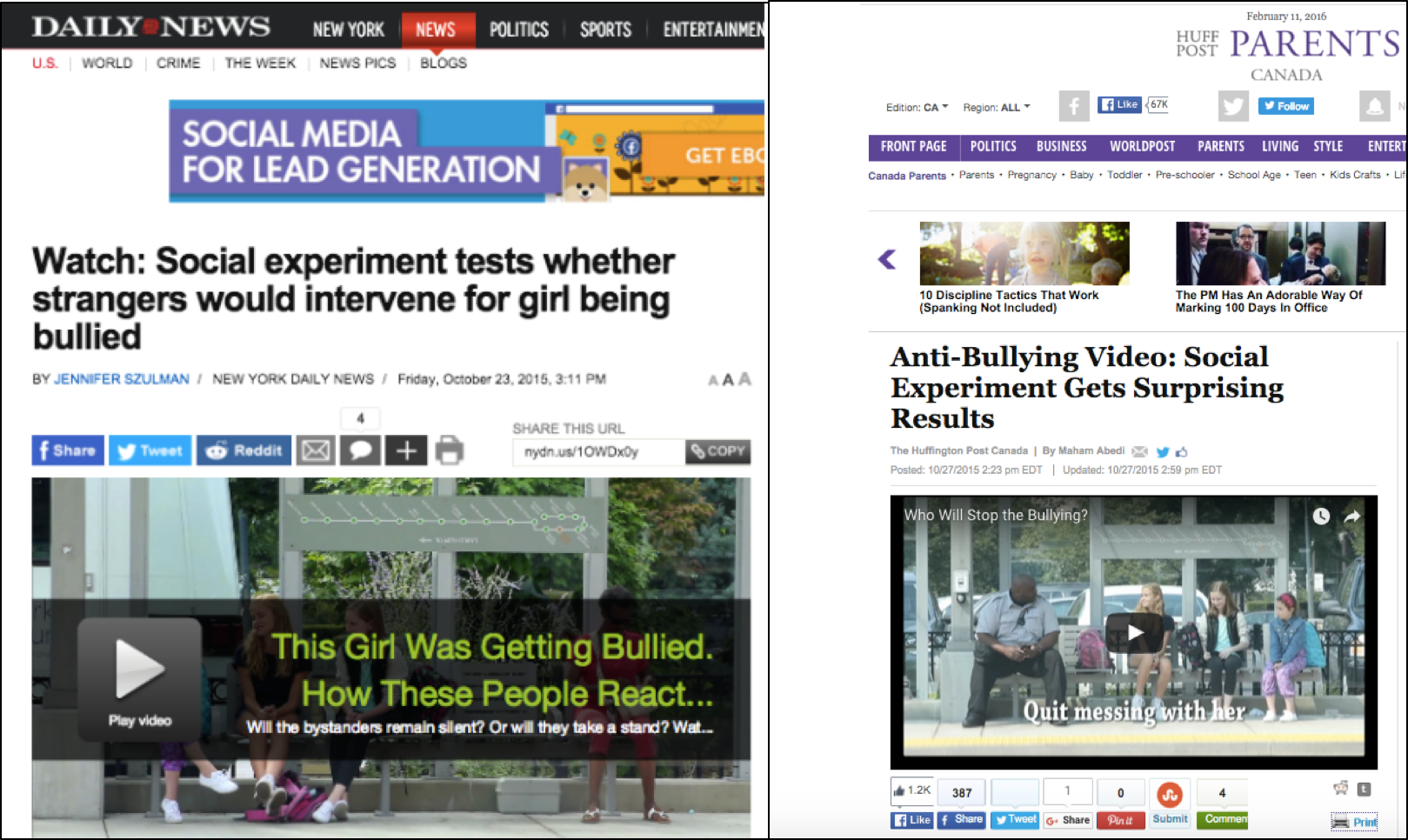