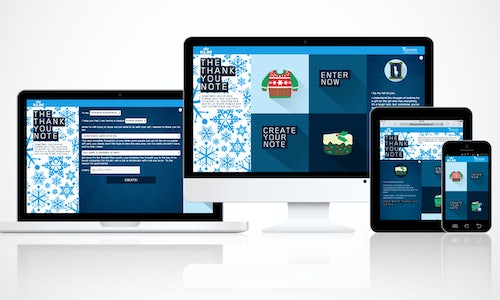 The Thank You Note

The holiday season is traditionally filled with giving and cheer, which are two characteristics that align perfectly with the KLM USA brand.

Sparkloft Media was tasked with finding a clever way to say "Happy Holidays" to social fans and followers while highlighting the brand's world-class customer service and, of course, bringing the gift of holiday cheer to all.

During the holidays, most people are at their best. It's all about the cheer, the gift giving, the eggnog and the ugly sweaters. Not only can this be a dangerous combination, but come January the giving is gone, the cheer is no more and the last thing you want to do (along with return that horrid gift you received) is write a thank you note. Luckily, KLM's staff have some practice in the year-long cheer department.

On KLM USA's Facebook page, fans were encouraged to share their tragic gift stories, which were then responded to with tailored thank you notes for users to share with the bad gift-giving culprits in their lives.

On an interactive microsite, participants were able to craft customized, sharable thank you notes, view KLM Cheer Department-approved thank you examples and enter to win the gift they really wanted for the holidays: a trip to Amsterdam from KLM and Accor Hotels.

The campaign was supported by custom content including multiple graphics, a holiday card style video and community management all delivered in a cheeky yet thoughtful voice, topped with a twist of holiday cheer.

While visiting the site, participants spent an average of nearly two minutes reading example Cheer Department-approved thank you notes and crafting their own (2,240 to be exact) sharable thank you notes via a custom Mad Libs-style app.

On the brand's Facebook page, 138 custom thank you notes were written for fans who complained of gifts ranging from a bag of lima beans to over-sized under garments, to a Thighmaster and even an actual lump of coal.

Fan conversations about the campaign revealed excitement over the giveaway, appreciation for the custom thank you notes and lots of laughs over some seriously clueless gift-givers.

Video for The Thank You Note 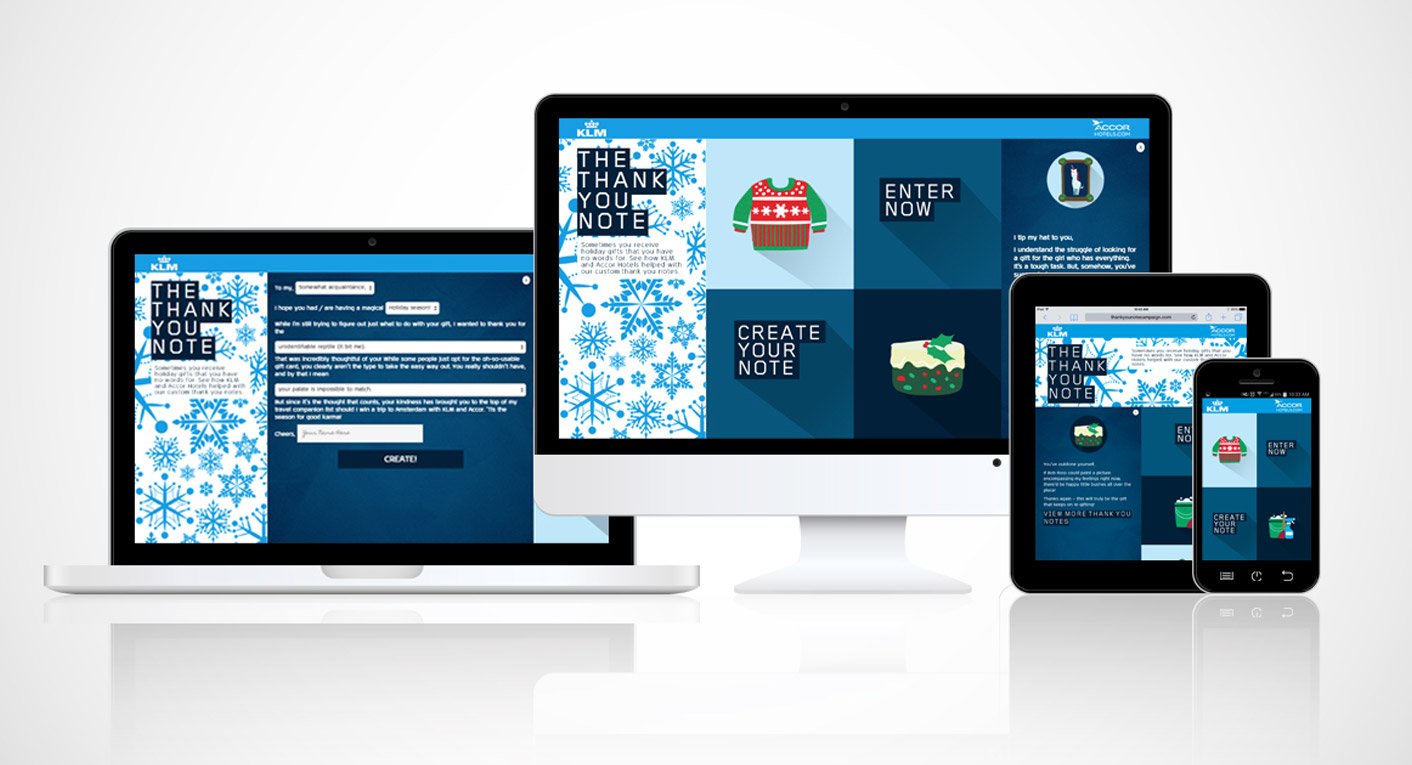