In The Strain season two, the stakes are nothing less than life or undeath. New York teeters on the edge of apocalypse, while a small band of vampire fighters hunt an ancient cure purported to stem the blood red tide. A lavishly produced social media campaign was crafted to help escalate this tension, and secure the Sunday 10pm time-slot for FX's alt-vampire epic.

Several creative verticals were developed to inspire content that rose above the quantity-over-quality material that is the common stock of the social web, without breaking canon. Among these were "Escape from NYC", "The Science of the Strain" and "Mobilize to Survive". Some directly paralleled season two plot; others were more conceptual, permitting the development of original storytelling inspired by the show. All were robust enough to sustain interest across a full 13 episodes.

Corrupt Anatomy was a fan highlight, a series of four graphics exposing the improbable degradations of the flesh caused by the vampire worm. Other hits included an illustrated series exploring The Strain's burgeoning vampire bestiary, homebrew anti-vamp weaponry depicted with surgical precision, and a historical nod to the Fourth of July holiday headlined, appropriately, "Sever or Die."

The campaign launched with what became one of the most commented-upon series, countdown graphics mocking the ubiquitous stick figure family windshield decals. Our happy family descended into vampirism, one by one, as the premiere approached. The fate of the family dog was unknown, much to fans' alarm. After monitoring the conversation we decided to throw them a bone, and hustled a previously unplanned graphic into production. The pooch re-emerged a week later—in a new decal on a different car, bags packed for out-of-state, tail wagging—and hundreds of commenters exhaled and voiced their delight.

Audience reaction to our contribution to the overall season two social content—some 47 pieces were launched in concert with additional social creative, promo spots and other promotions—was universally positive. Our content accumulated tens of thousands of likes and several thousand shares. On Facebook, On Facebook, the number of Strain fans surpassed 788,000—over 100,000 more than at the season premiere. The series gained nearly 15,000 fans on Twitter during the same period. FX Networks' modern monster epic remains one of cable TV's top performers and was recently renewed for a third season.

"Whoever came up with this simple yet disturbing marketing should get a promotion. This is great!"

"These keep getting better. Lol"

"I'm watching the pictures you guys are posting and it's telling a story. I love it! Can't wait for season two."

"Love these posts! Can't wait to see the premier."

"LOVE how you guys use the car stickers/decal to show how the virus spread. Thumbs up to whoever came up with the idea."

"Now that's a decal I *would* put on my car. Can I get one?? ‪#IHaveNoShame‬‬‬‬‬‬‬‬‬‬‬" 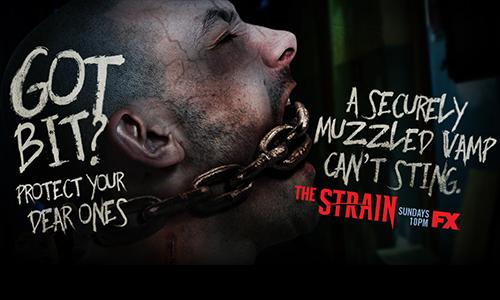 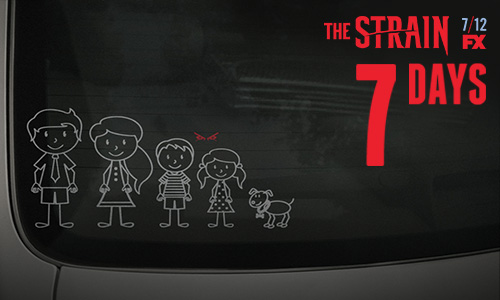 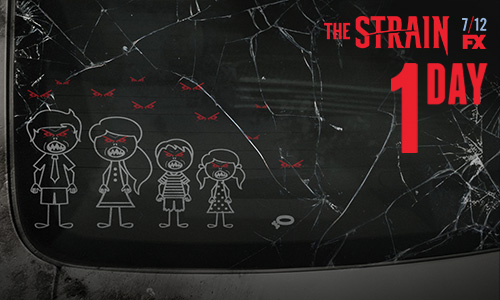