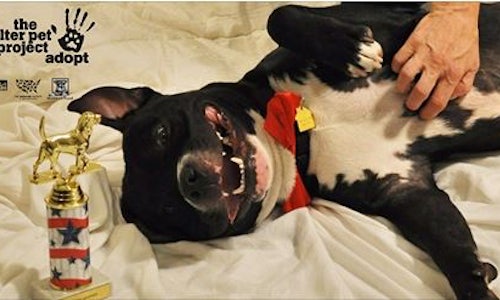 The Ad Council, in conjunction with the Humane Society of the United States and Maddie's Fund, launched the Shelter Pet Project campaign in 2009 with one goal – to bring the number of dogs and cats euthanized in shelters around the country down to zero. By tackling misconceptions about shelter pets, shelters, and rescue groups through a multimedia advertising campaign, the Shelter Pet Project has worked to make shelters and rescue groups the first place people turn when looking for a new pet.

As a supplementary creative campaign in 2015, the Ad Council led the Shelter Pet Project through the development and execution of a multi-pronged, highly-targeted advertising push specifically designed for the Facebook platform – a first for the Ad Council. The Facebook ads drove to listings of pets available for adoption at the participating shelter and rescue groups on the Shelter Pet Project website; on the site, interested people could search for dogs and cats available for adoption near them.

The Shelter Pet Project partnered with Facebook Creative Shop to develop a creative campaign specifically for the Facebook platform; this campaign, titled, "Local Legends," spotlighted the amazing and unique attributes of dogs and cats available for adoption in specific shelters and rescue groups across the United States. The dogs and cats featured in the ads were identified as local "record holders", such as "Least Leash Tuggy" or "Most Meme Worthy" and the ads featured pictures of these pets with trophies, medals, and other badges of honor, along with copy noting the pets' unique features and the fact that they – and other pets like them – were available for adoption.

The Ad Council worked with Facebook, the Humane Society of the United States, and Maddie's Fund to identify 23 major media markets across the United States, and partnered with 1-3 shelters and rescue groups per market. Each shelter received a custom branded kit, which included props and suggested copy, and the shelters submitted pictures using Percolate's technology, which the Shelter Pet Project then turned into targeted ads. Using several different research sources, the Ad Council determined that the most effective way to reach potential adopters in each market was to target our ads to recently engaged and married couples; this group was more likely to be considering getting a pet but was also still unsure as to where they would acquire their pets.

Instead of distributing ads that reached people who already had adopted or who knew of the Shelter Pet Project, the Ad Council was able to leverage Facebook's knowledge of targeting to create a campaign that increased awareness and adoptions in these key markets among potential adopters.

The campaign ran for two months, from September to November 2015, and produced strong results across our campaign goals.

Two videos, designed to tease the campaign to our target audience, launched on September 15. Between September 15 and November 15, the videos received 1,488,868 views and had a reach of 1,442,488. These videos helped to prime our audience for the ads and ensured awareness of the campaign and encouraged engagement. In addition, they followed Facebook-specific best practices for creative, utilizing comical text overlay to keep the audience engaged rather than relying on sound.

The linked ads, which ran from September 22 through November 15, reached 8,659,682 people and resulted in 323,964 clicks to the Shelter Pet Project website, representing a 3.7% click-through rate. Those visits resulted in 51,772 searches for adoptable pets, a fact that demonstrates the advertising's ability to persuade the target to take the next step in their search for a new pet by looking at available dogs and cats in local shelters and rescue groups. There were also 124,067 likes, 4,610 comments, and 21,975 shares on the ads, indicating high engagement with the creative.

In addition, a Nielsen Brand Effect study fielded before and after the campaign revealed most notably that the advertising was very memorable. In fact, ad recall jumped 15 points following the conclusion of the campaign (41% for the control group, and 56% for the exposed group). 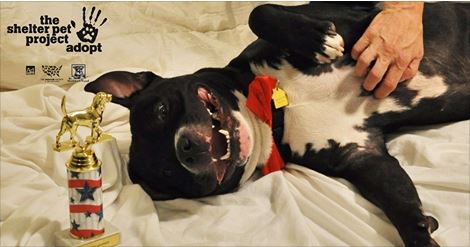