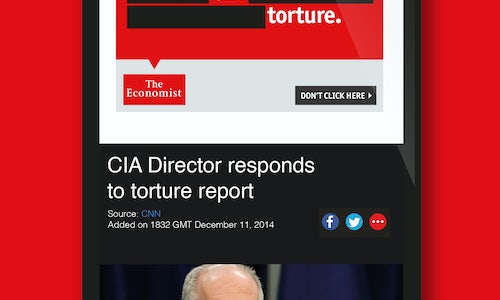 This campaign, called The Economist brand-response campaign, was about unlocking a new audience for the publication by using creative collateral and thought-provoking content.

The classic Economist ads of the past flattered our readers' intelligence. They created a popular brand that is synonymous with peerless intellectualism.

But there was a misconception that The Economist was a dryly intellectual journal. One filled solely with articles on economics, politics and business.

Consequently, while existing readers knew the true breadth and depth of The Economist's content, a whole generation of non-readers grew up thinking The Economist wasn't relevant to them. Readership peaked, and plateaued. In order to drive long-term subscriptions we had to become salient – and relevant to a younger audience around the globe.

Research showed our readers often experience an Economist epiphany – a moment when they realise The Economist reaches conclusions that no other publication can. There's always one article that turns you. But in order to become a reader and subscriber, you first have to start reading.

How did we get around this paradox? By putting content front and centre in a digital format with smart messaging where our potential audience grazes.

The objectives of the campaign were to increase exposure of the brand, change perceptions of the brand, increase our prospect pool and, most importantly, secure new long-term subscribers.

We used our own Economist content/articles to stop people in their tracks and make them want to find out more. We scoured recent editions for the most provocative insights, the most fresh and arresting views that may run counter to common wisdom.

We spoke to issues of the moment and applied the powerful technique of speaking directly to the viewer. We addressed topics far outside business and finance and, of course, we showcased The Economist's characteristic dry wit.

Our provocative display advertising pulled the audience directly through to the relevant article on our bespoke content hub. Here, we managed the user journey and served them the content they would be most likely to want to read next.

Having experienced the elegance and insightfulness of The Economist's content first hand, we then directed them to register for more content and, ultimately subscribe. The classic 'why, try, buy'.

We built a live Newsroom with a direct line to The Economist's editorial meetings. As soon as articles were approved for publication, we created ads on the spot to put The Economist at the centre of current debate.

We worked with our media partners to target the globally curious wherever they are looking to learn.

Web and app usage of The Economist's most active subscribers was analysed, so we knew what content they prefer to consume and when. Cookie data was matched to various other data sets to build 7 robust segments reflecting the sections of The Economist (Finance, Politics, Economics, Doing Good, Careers, Technology, Social Justice) and then lookalikes created.

Then we got the right content to these segments:

• Our audience is highly mobile and consume most media as a feed. We didn't want to interrupt the flow, so we placed content into feeds based on data points and context. Facebook and Twitter covered social; ShareThrough and Outbrain delivered Economist content into a long tail of quality brands such as Wall Street Journal and CNN

• A feed from The Economist – containing thousands of articles, infographics and special reports – was used to build dynamic creative, delivered to the right people in the right context, e.g. matching a Social Justice article on Gay Marriage with a prospect on a page discussing Gay Marriage and serving the ad in real time

• An ad decision tree was built to deliver content in a sequence. This learned over time which topics, in which order, would generate the warmest prospect

Each time we generated a quality prospect, we could hone our audience definition and levels of targeting even further, delivering ever-greater contextual relevance.

We hit 50% of target in just 9 days. At 5 weeks, when we hit double our target. In total, we got over 3,617,000 new people to take action, sample The Economist in context, and become re-targetable contacts.

We beat our goal of 650,000 new prospects more than 5 times over. And we generated £12.7 million value in completed subscriptions and supplementary revenue. A campaign ROI of over 10:1 from just this initial revenue stream.

Our immediate revenue for The Economist came from a combination of 1,500 new subscriptions (directly trackable via Adobe to people who clicked on our ads) and an incremental 8,000 new subscriptions delivered over and above base subscriptions during the campaign period. There were no significant changes to content strategy or pricing during this period and no other major marketing activity, so this is confidently attributed to our campaign.

An additional source of revenue is the sale of of advertising space on The Economist's properties. In the 12 weeks of the campaign, our ads drove an additional 1m unique viewers onward to Economist.com, bolstering ad inventory and generating c.£500K in additional ad revenue. 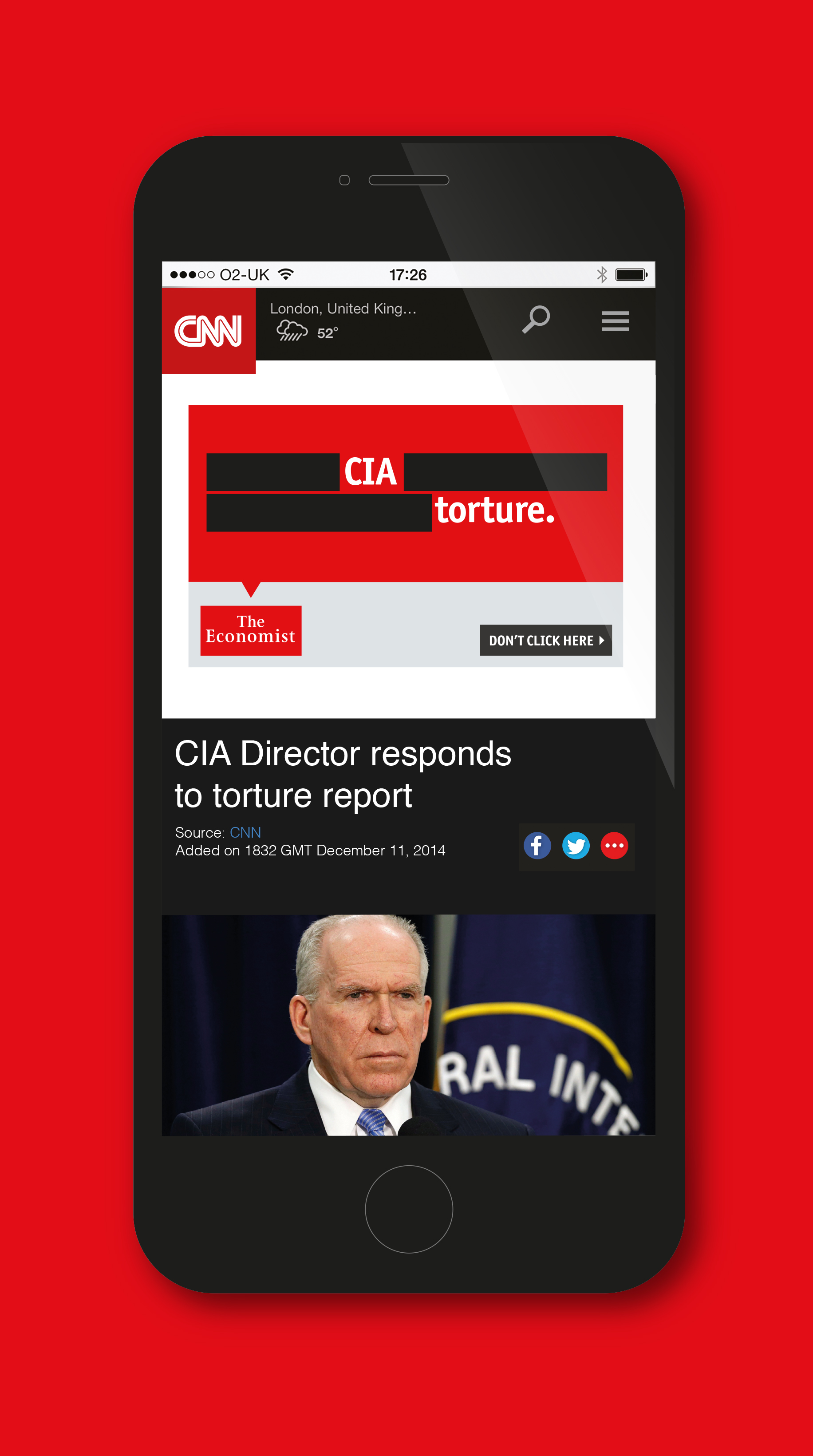 The Economist with agencies Proximity and UM