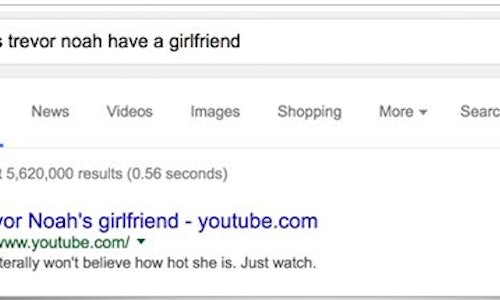 Going into the launch of The Daily Show with Trevor Noah, Comedy Central wanted to increase awareness of Trevor Noah. So, we created a unique campaign that revolved around the curiosity about Trevor, and rewarded those interested in learning more about him with Easter Egg content. To execute this campaign, we leveraged the normal user behavior when seeking to learn more information about someone: Googling it.

As this Uproxx headline declares, "Comedy Central Planted A Brilliant Marketing Stunt For Trevor Noah's Debut That Nobody Caught On To."

Our creative team developed videos relating to a popular search terms (Ie: Trevor Noah age, Trevor Noah wiki, Trevor Noah net worth) and uploaded them to YouTube. We then wrote several copy options and an exhaustive keyword list for each video to include in our accompanying Google Adwords campaign to ensure all search queries directed to a specific video.

When live, each time an individual searched a specific keyword (Ie: Trevor Noah Girlfriend), they were served the corresponding Google ad driving them to the appropriate video. Some videos hinted at other videos to encourage the user to keep searching and learning about Trevor.

Our Google campaign resulted in over 190,000 video views on YouTube and click-through rates as high as 82.6% on Google Adwords. Additionally, there was significant press pick-up from several outlets including YouTube, Splitsider, Slate and Uproxx. These articles praised the game's ingenuity and savvy approach to marketing in a SEO-optimized age. Also, fans on Reddit discovered the campaign and commented about their excitement for the show and appreciation for the campaign. Several subreddits also picked up specific videos, driving high view volume and conversation. 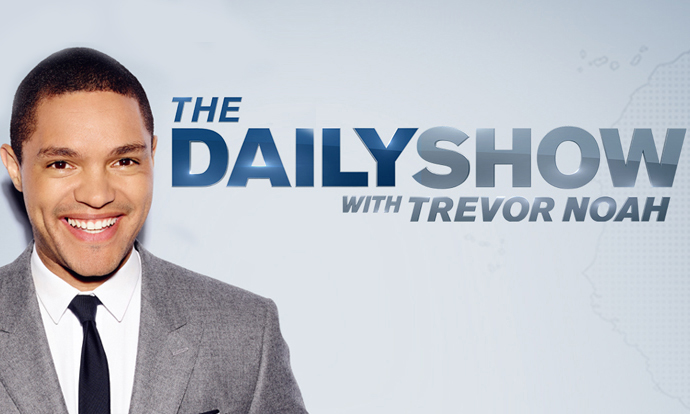