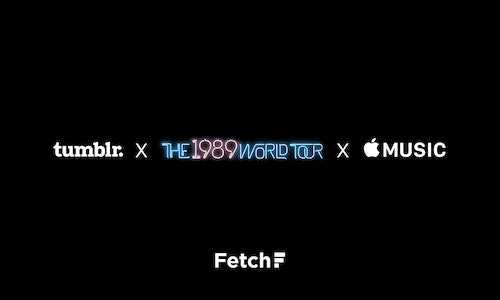 Apple came to Fetch to help promote the pre-release and launch for Taylor Swift's 1989 World Tour video which she was releasing and streaming exclusively through Apple Music. Our goal was to raise awareness of this exclusive video release and to drive users to the content via the Apple Music app.

Since Taylor Swift regularly communicates and connects with her fans on Tumblr (and has a massive following there), we knew it would be an ideal platform to promote the launch. Rather than run a standard sponsored post on Tumblr, we wanted to make a big impact, and thus decided to have two Tumblr site takeover days – one on announcement day (Dec 13, 2015– Taylor's birthday ) and Launch Day (December 20, 2015).

The campaign as rolled out cross-screen, reaching Taylor's biggest fans across desktop, mobile web and Tumblr's mobile app. This was unique in the sense that it was an opportunity that was literally once in a lifetime, and was a perfect, large scale marriage of the right content to the right user.

The takeover days surpassed guaranteed metrics for the campaign, exceeding 22M impressions, over 544,725 clicks and engagement rates 3.6 times higher than Tumblr's benchmark. Tumblr reported to us that the creative proved to be captivating and surpassed their own benchmarks. 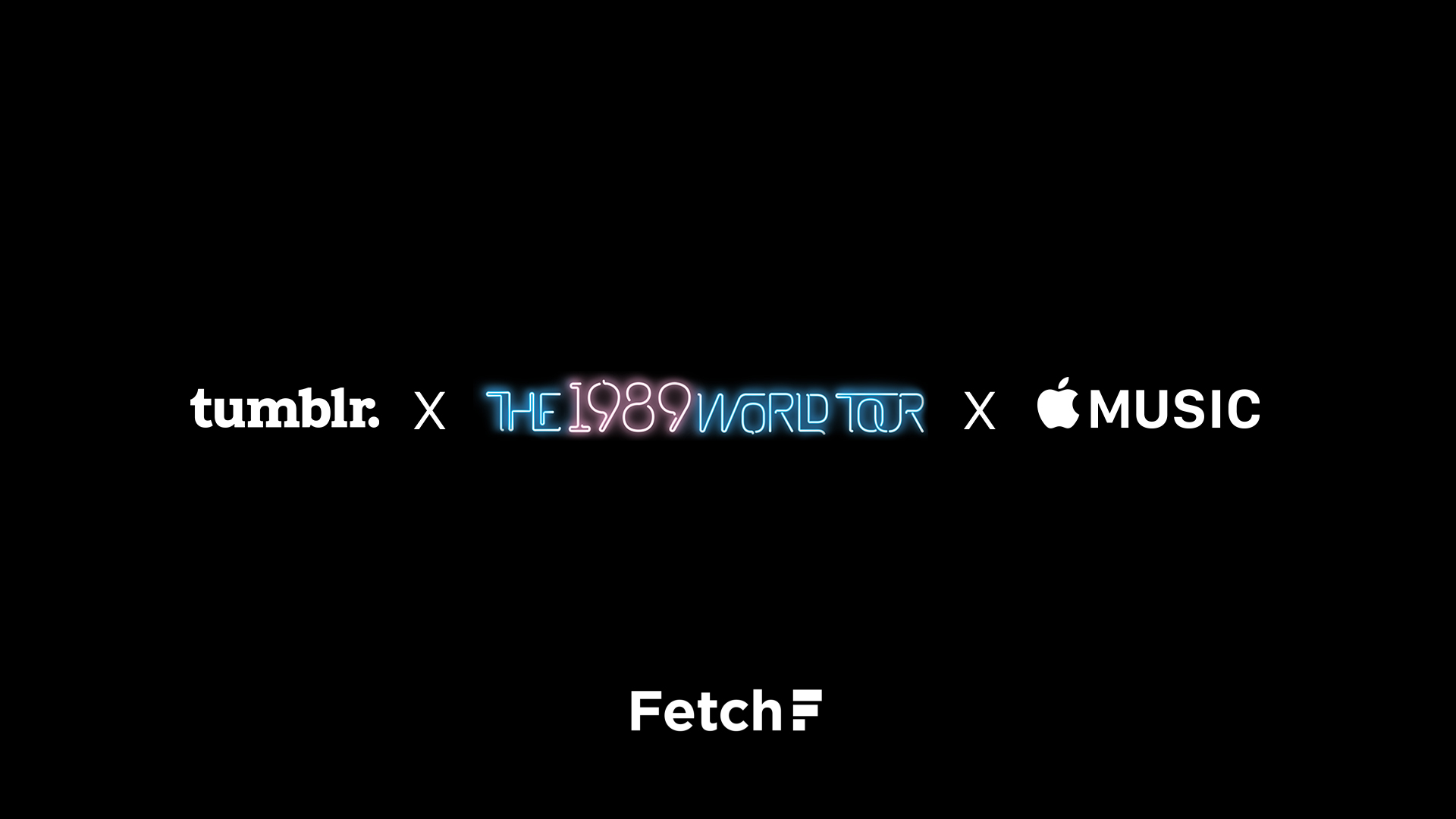