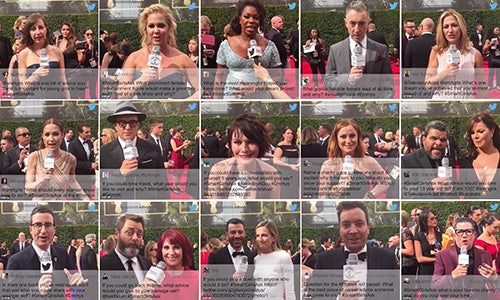 We at the Television Academy admired the content and message of #askhermore and wanted to continue the tradition of asking timely, thoughtful, and inspiring questions of some of the world's most influential role models on the red carpet. As we are fans of the organization ourselves, we wanted to partner with and give voice to Amy Poehler's Smart Girls, the online community empowering young people to "change the world by being themselves" founded by Amy Poehler, Meredith Walker, and Amy Miles.

We were grateful to find out that Smart Girls was just as excited about partnering with us. The organization decided to launch its new hashtag #SmartGirlsAsk especially for the Emmys and will continue to use it indefinitely.

As Smart Girls co-founder Meredith Walker has said, "Our viewers and followers have expressed a desire for interesting questions that help us learn more about the people they see on their screens." This is exactly what we hoped to accomplish!

– In the two weeks pre-Emmys, Twitter reached out to high-profile talent, press, sports, and gov't contacts about the partnership to spark awareness and gather #SmartGirlsAsk questions

– On the EMMYs red carpet, a curated list of questions appeared for answering via a phone running an app that Twitter custom-built for the occasion. This phone was mounted to an "interview station" built by J.P. Connelly, co-branded with Television Academy/Smart Girls/Twitter.

– Responses were recorded on video through the app, and these answer videos were tweeted from @SmrtGrls

– For each answer video, Twitter's implementation put everything into one tweet (in reply to the original question): the question (with attribution) was graphically overlaid on the answer video, the answerer was tagged in the text portion of the tweet, and the video could be played within the tweet itself.

– Several television and government personalities (some of them household names) were very excited to provide questions for #SmartGirlsAsk.

– On the red carpet, #SmartGirlsAsk caused a bottleneck; so many stars wanted to participate.

– 40+ articles about the partnership appeared, from sources like The Hollywood Reporter (who published 2 articles about #SmartGirlsAsk), Entertainment Weekly (2 articles), and Fortune (3 articles).

– 64 #SmartGirlsAsk questions were asked on the EMMYs red carpet

Video for #SmartGirlsAsk Launch at the EMMYs Red Carpet 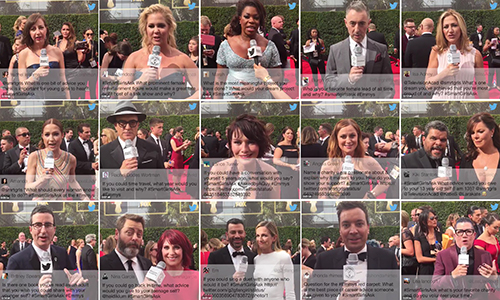 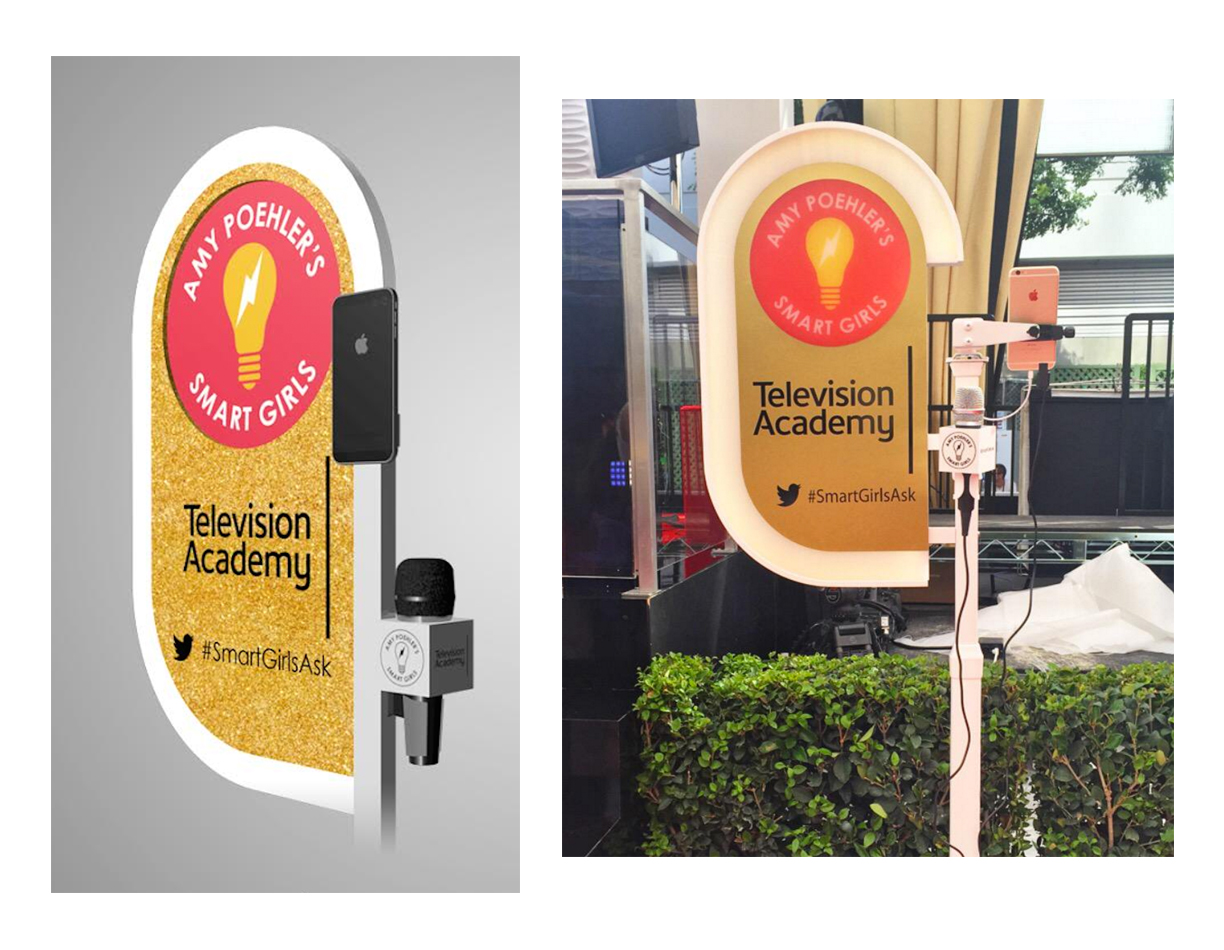