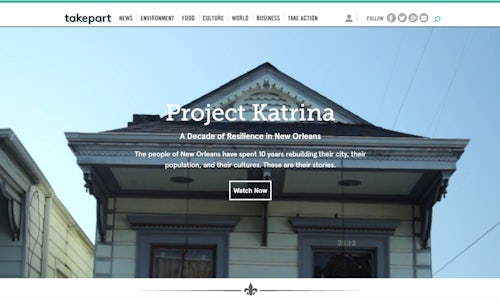 TakePart covered the 10-year anniversary of Hurricane Katrina with a focus on the resilience of New Orleans, not the devastation it suffered. The website experience implemented sleek chromeless video, audio clips within stories and stunning photography to create an immersive experience. Relating to the extreme weather of Katrina, TakePart drove users to sign a petition demanding world leaders sign a strong climate agreement at the Paris climate talks.

To market this immersive online experience, TakePart focused on creating a similar experience to bring readers into the campaign. TakePart's marketing team cut through the noise of coverage to attract new audience (including influencers), engage current audience and encourage action taking and content sharing.

A diverse paid media plan was implemented across several networks including Facebook, Instagram, Twitter, Flipboard and YouTube. TakePart changed social media profile images to focus on the campaign. TakePart's partners picked up the campaign stories and shared them on social media. Celebrity and influencer participation was leveraged into promotion. The site's Essential New Orleans Getaway sweepstakes offered 2 lucky winners a trip of a lifetime to NOLA where they would get to experience a magical tour of the culture, cuisine, sights and sounds of the city. Lastly, TakePart's emails utilized emerging CSS coding techniques to reproduce similar styling found on the Project Katrina campaign page. The Katrina story was told through a personalized 4 chapter email series. The stories were selected for each email so to take the reader through a journey. Featured elements included ambient video headers, a dynamic Instagram feed and responsive design to give the user a web-like experience all through their email client.

-Project Katrina generated over 270k visits to the campaign content.

-Over 1MM emails sent over course of the campaign, boasting over 96% open rate for some campaign sends.

-The tentpole helped garner 80k petition signatures on climate change action, which was delivered to world leaders at COP21. The talks ended with a monumental global climate deal. 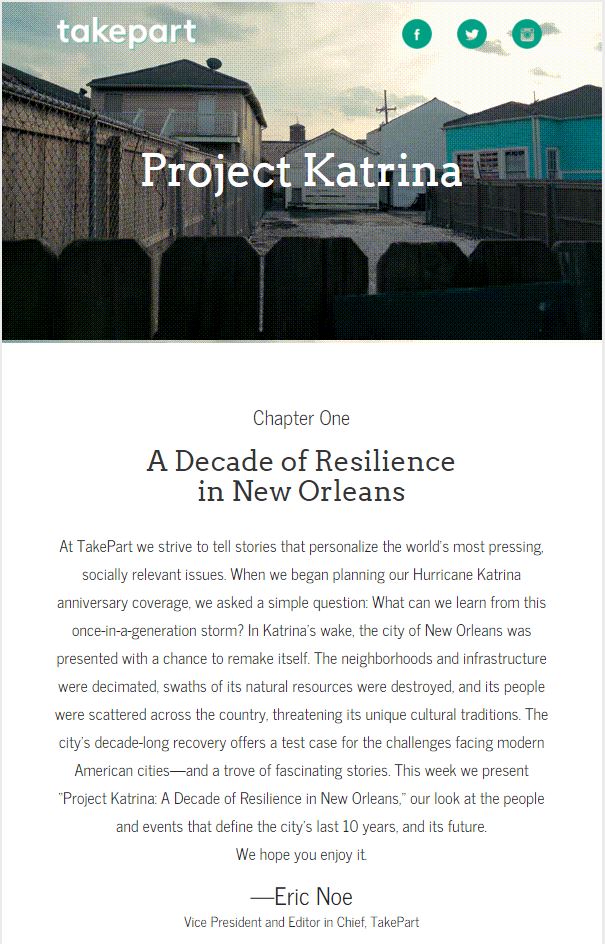 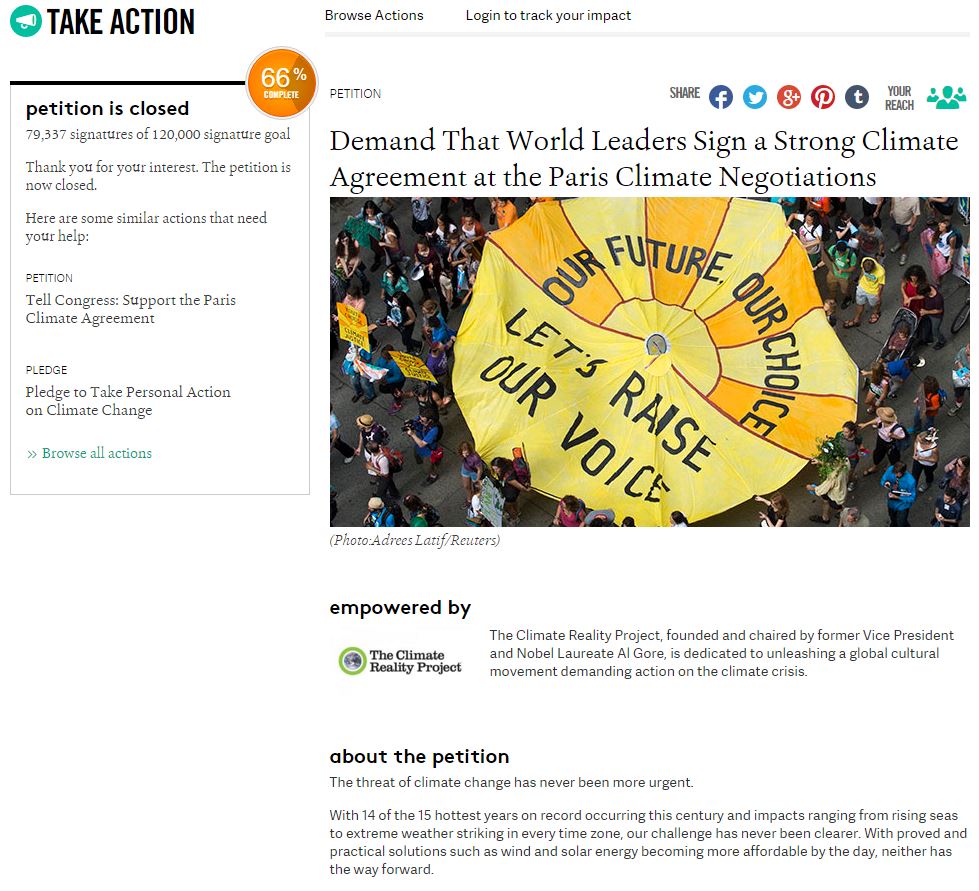 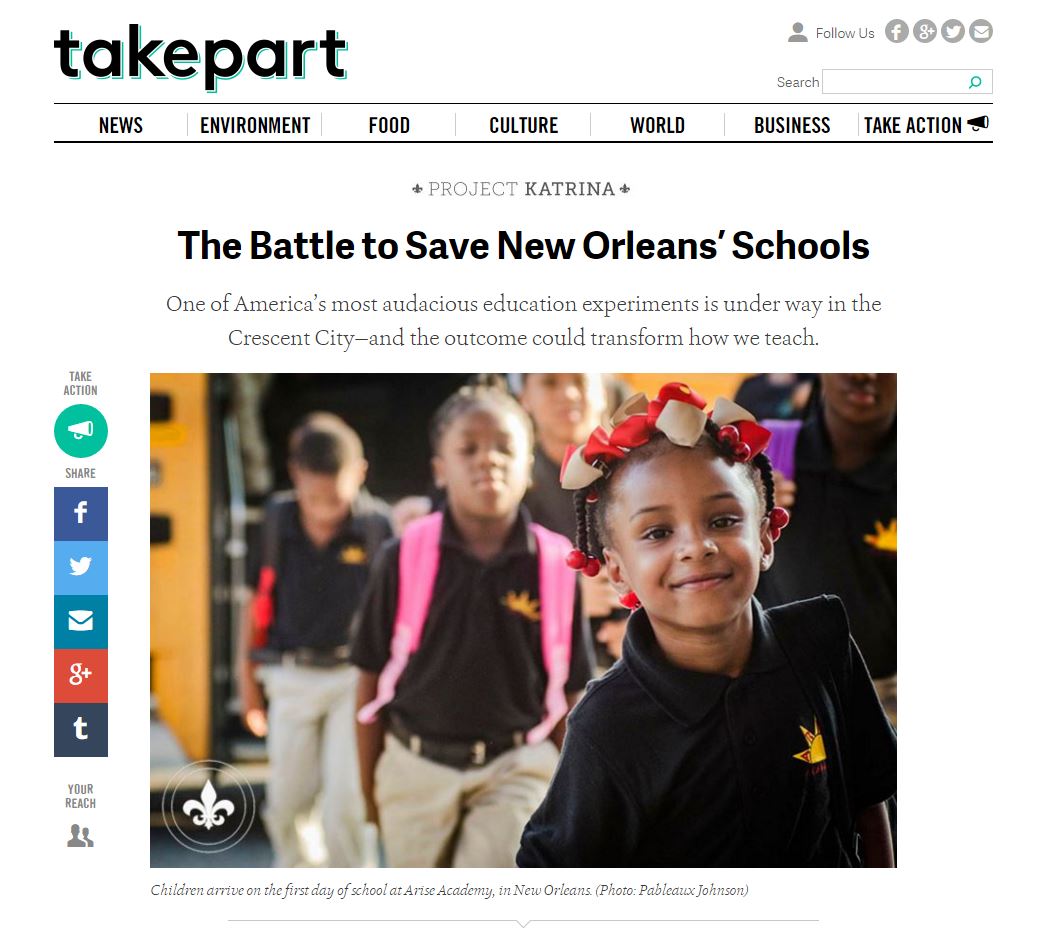