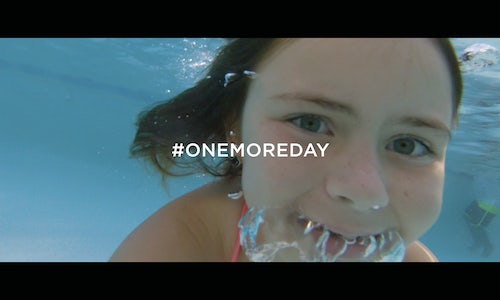 The travel category makes up a huge portion of MasterCard's revenue and is key to the health of the business.

In 2014, MasterCard was facing a loss of share in their most important category.

Knowing that the travel category makes up a huge portion of MasterCard's revenue and is key to the health of the business, we knew that the business needed something dramatic and disruptive.

Our objectives were to drive:

Increase in brand metrics: Grow consumer perceptions that MasterCard is a good card for travel (both domestic & cross-border) with a focus on family travel.

As a brand that believes that experiences matter more than things, it was MasterCard's place to turn the tide on immense pressure that many Americans feel in the workplace, and help them stand up to an obsessive work culture.

The culture of overwork that robs Americans of the very things MasterCard calls "Priceless," including quality personal relationships and good health.

MasterCard wanted everyone, everywhere to realize that one more day of holiday with your family is far more priceless than a day spent at the office.

At the heart of One More Day was a digital and social campaign to create awareness, spark engagement, and inspire cardholders to take one more day of vacation.

To inspire and encourage cardholders to travel, MasterCard created an inspiring and visually stunning content series on Instagram. Instagram travel influencers shared how they would spend one more day in Hawaii (@ZakNoyle), London (@DearLeila) and New York (@ChrisOzer).

Artists were encouraged to express One More Day in new, compelling, more visual ways on Tumblr. The Priceless Gallery on Tumblr became a hub for travel photos commissioned from travel photographers, and illustrators from the Tumblr community. Tumblr Artists including David McLeod (david-mcleod) integrated the #OneMoreDay campaign into their work.

The campaign leveraged Pinterest, with promoted content made especially to help pinners dream, discover and plan for taking One More Day of vacation: rich stories, interactive maps, and custom photography.

Facebook was used for awareness and scale, advocating One More Day via a strong mix of brand level stories, rich imagery and video content. And Twitter was used to stimulate direct cardholder engagement

All social content was designed and optimized for the channel it appeared in, but it came together as one cohesive whole because we were very single-minded about asking people to use the #OneMoreDay hashtag to pledge to take One More Day

TV and online video were used to rally support for the movement, with executions that featured "key influencers" (read: adorable children) appealing to Affluent Leisure Travelers' common sense: work is important, but spending time together with your family is important too, and it needs to be a priority.

Digital display inspired people with encouraging messages like "Take advantage of every day." A custom execution on the New York Times brought the issue to the center of public attention by highlighting the scale of the issue and the surprising social costs of widespread unclaimed vacation.

While the campaign was running, MasterCard launched an internal campaign to encourage employees to take their vacation days.

One More Day campaign has proves that Social Media is a powerful tool for Marketers to leverage in order to make a significant business and brand impact.

In the lucrative but competitive travel category, where it is difficult to make gains, this campaign generated a marked increase in transactions.

Prior to the campaign, MasterCard's travel transactions were not growing as quickly as the travel category as a whole. The business objective for this campaign was to bring MasterCard's growth to the same rate and protect MasterCard's share of travel-related transactions.

During the campaign period MasterCard actually exceeded category growth by 5.2%.

In addition to the immediate business impact shown above, there is an increase in brand metrics meaning MasterCard is in a strong position moving forward:

• A stronger Overall Brand Perception score than Visa or American Express, among owners

• 17 point uplift in Different from other payment brands

• 16 point uplift in Understands what matters to me

Video for One More Day 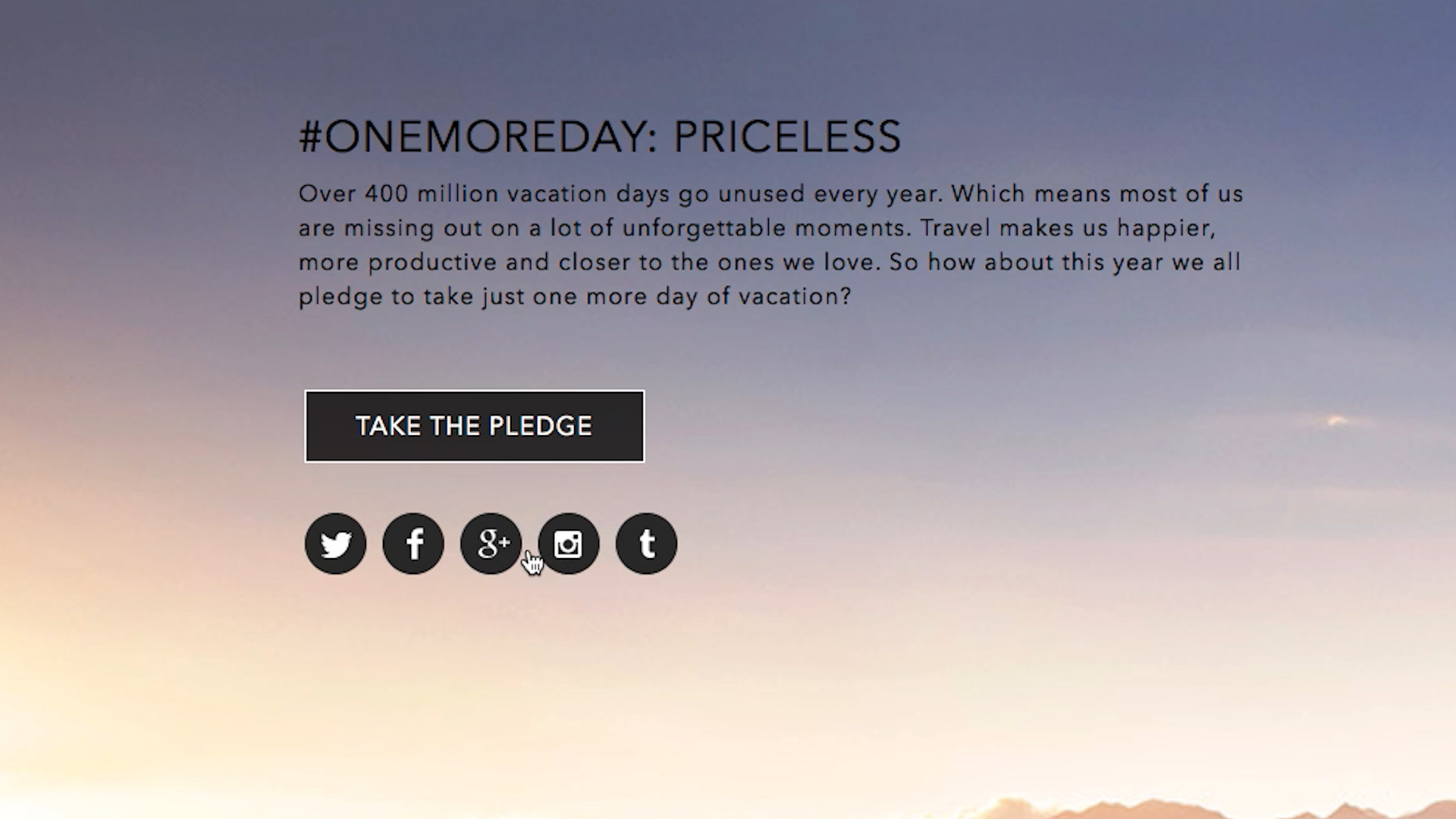 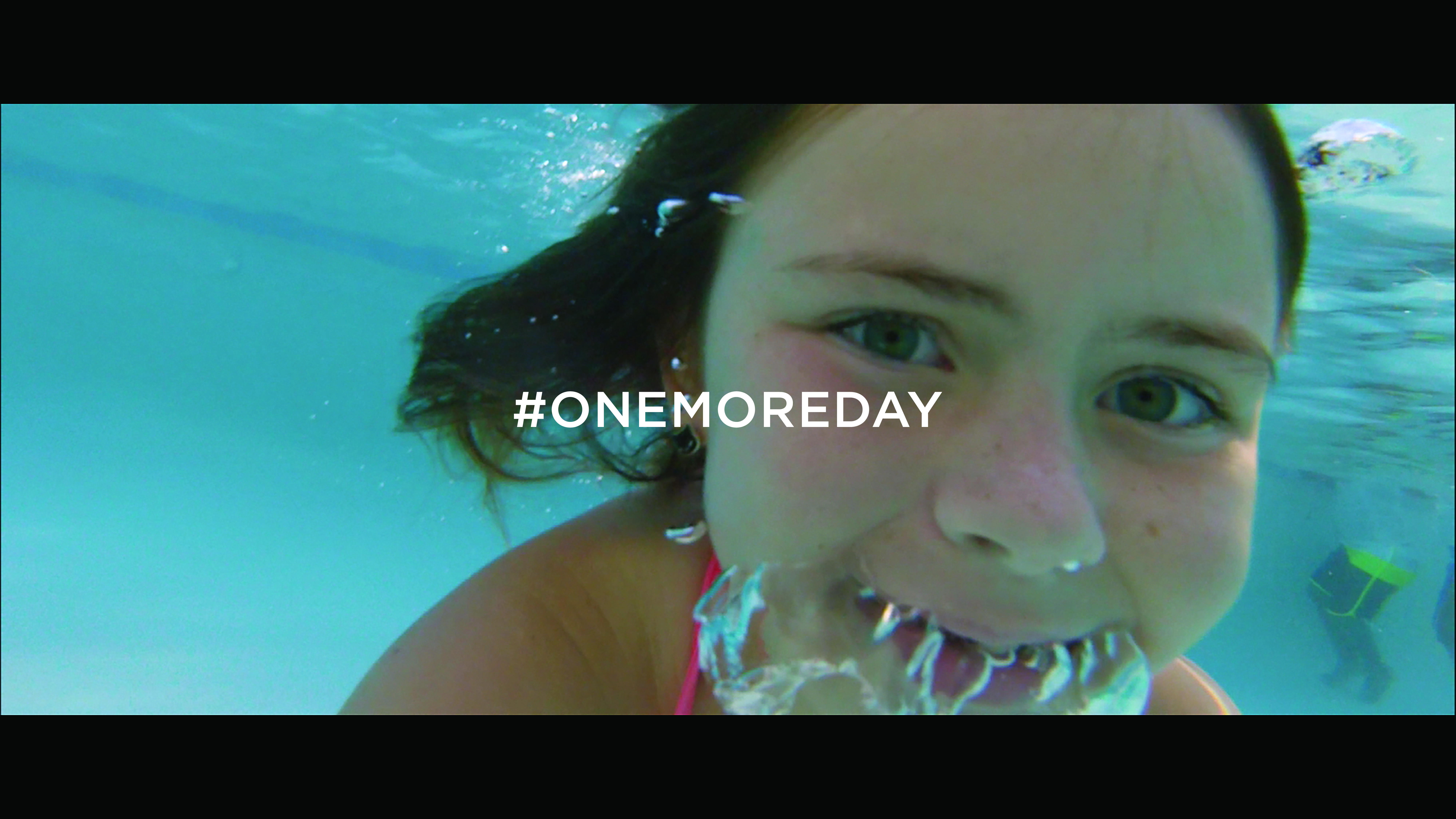 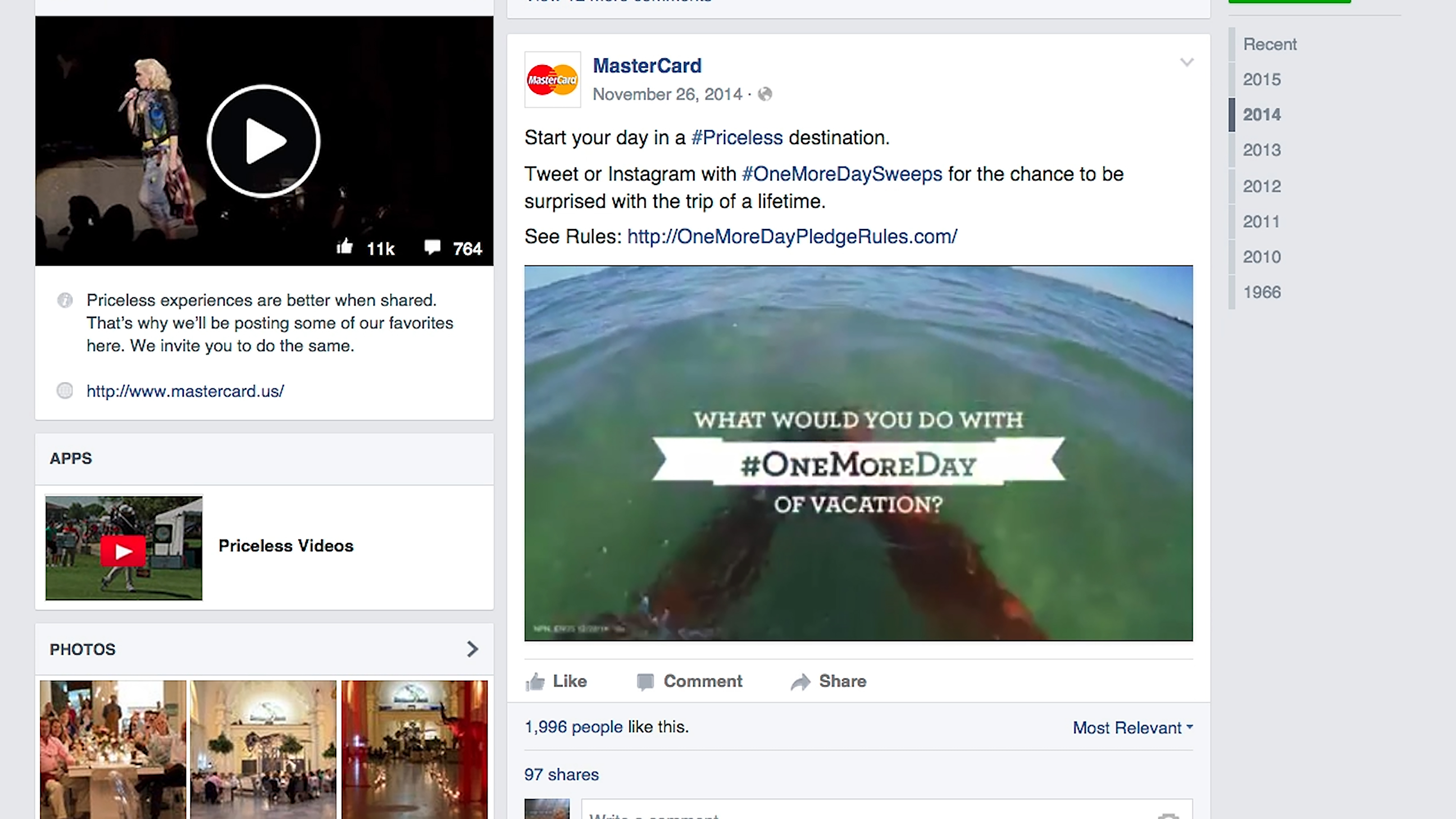