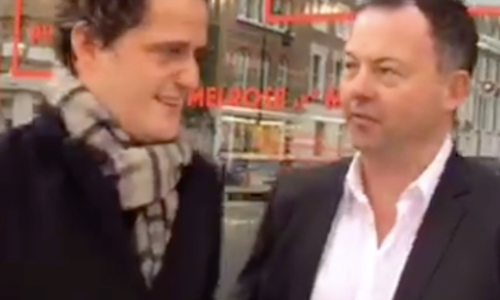 In the air travel world of growing competition and increasingly discerning consumers, a key objective for Air Canada in 2015 was to increase awareness and interest for its route to London Heathrow in a fun, engaging format that could easily be spread via online sharing and word of mouth.

Air Canada live streamed three video segments on Periscope, in London on October 15, 2015 to support the Air Canada UK route campaign: #NonStopLondon. The content focused on the latest restaurant and food trends in London, hosted by Air Canada's recently signed culinary partner, Chef David Hawksworth, and local BBC Host, chef, and food writer, Valentine Warner. A strong editorial angle helped create an engaging, relevant storyline for our online audience, as they followed the two chefs across London on their epicurean tour. The overall concept and theme was carried out across each of the three streaming episodes.

Users were directed to the streams from organic and promoted social media posts on Facebook, Twitter, and Instagram that ran through the day. Content that ran on social media consisted of teasers and calls to action, along with on-location imagery. Live community management allowed the brand to interact with fans in real-time and increase engagement. Furthermore, the campaign was extended by sharing posts across related accounts (Air Canada's in-flight magazine, @enroute, and @ACAltitude, the airline's loyalty program). Both chefs also posted updates on their own social channels, which allowed the campaign to maximize its reach.

On Periscope, Chef Hawksworth took questions that online viewers typed into the app and answered them live, or directed them to the people he was interviewing. It created a very interactive live experience.

To complement the live streams, a #NonStopLondon online contest was designed to create further online buzz and drive traffic to Periscope streams. For the contest portion, separate posts on Twitter encouraged users to tweet about what their first must-see stop in London would be, using the hashtag #NonStopLondon. The giveaway included two grand prizes ($500 gift cards) and one secondary prize ($250 gift card). 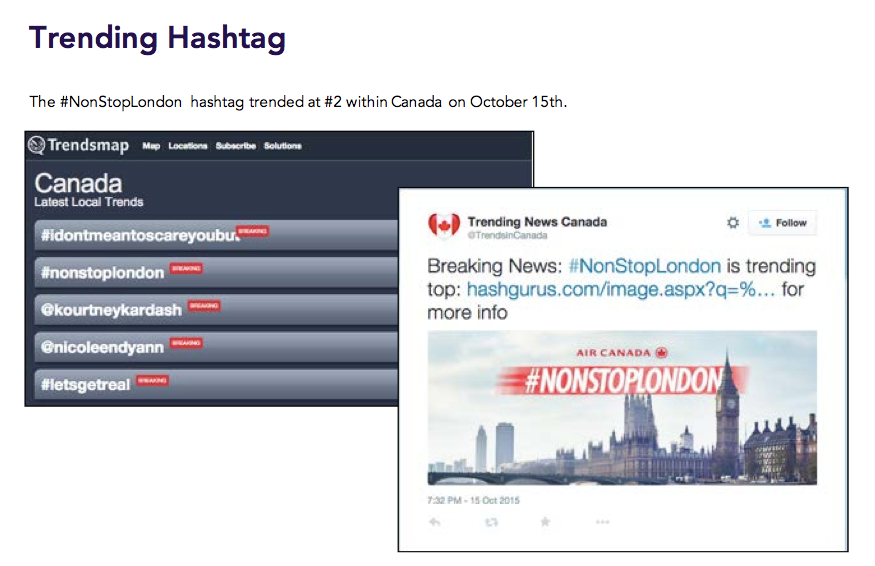 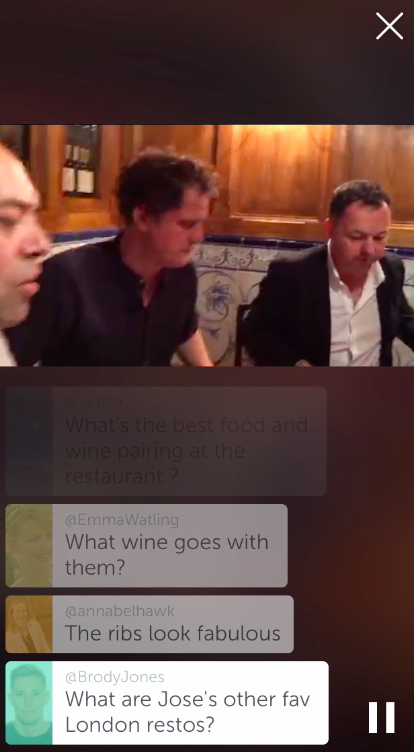 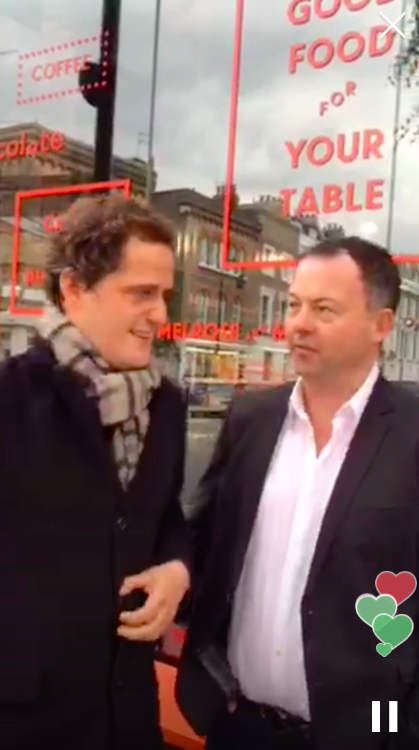 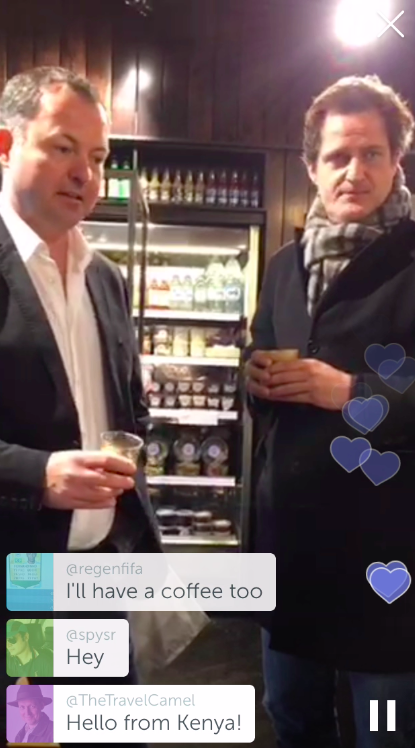 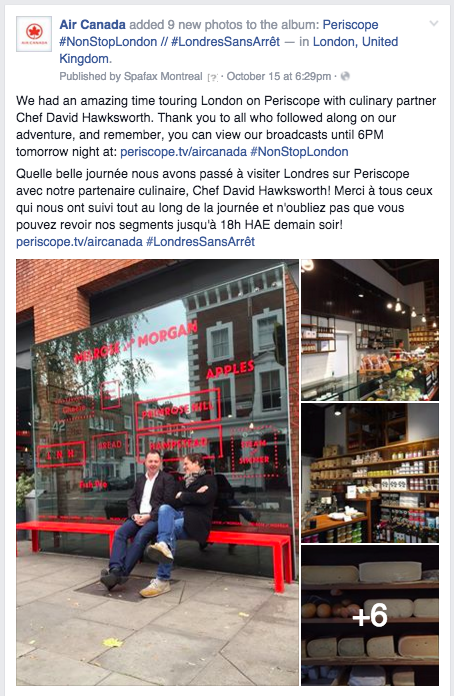 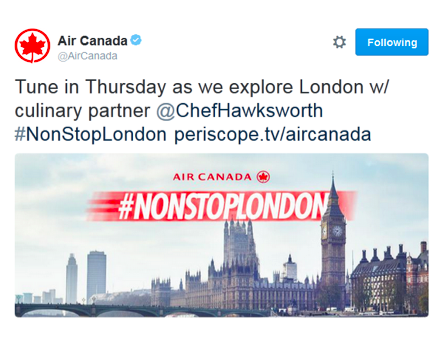 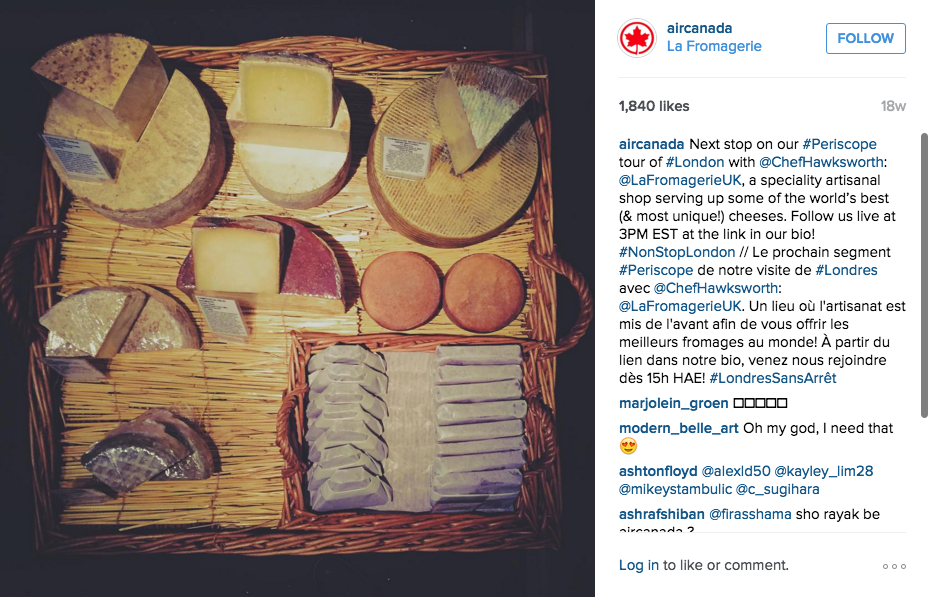 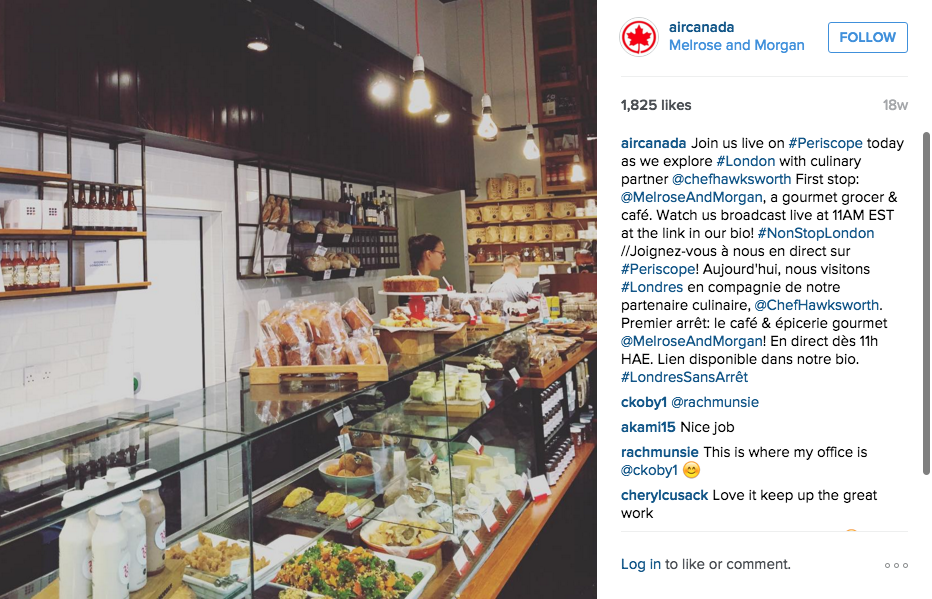 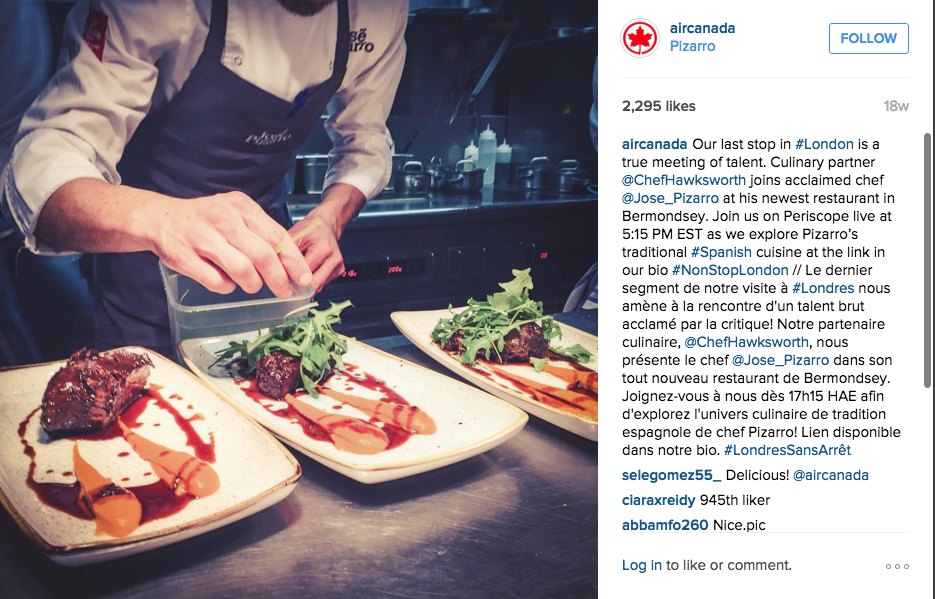