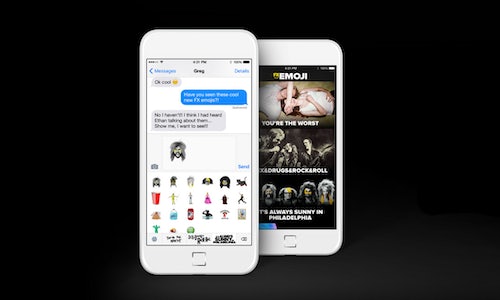 In the height of the "emojification" of language, FX Networks literally added its brand to the conversation by creating the first network-wide emoji app, FX Emoji. With custom keyboards featuring both static and animated icons from FX hit series, the goal is to give fans a free and convenient way to express themselves using imagery from the shows they love most. Between It's Always Sunny in Philadelphia's Kitten Mittons marching across the screen and American Horror Story's Twisty the Clown's sinister grin, the app offers a wide variety of emotive stickers for FX fans, with new sets added regularly.

FX Emoji is optimized for both iOS and Android, and houses all FX show keyboards, as opposed to being a single-show app. The UI features a simple, scrollable home screen allowing users to browse each keyboard, and add or remove them at their discretion. Each keyboard offers original and official FX content, with many of the icons being hand-illustrated and vetted through some of FX's most respected talent. When new icons and keyboards are added, the app updates automatically in the users' text window, offering seamless and immediate integration of new content. On the development side, an automatic update functionality has been added to avoid app store approvals, so fresh content can be added and removed at a moment's notice.

With more than 80,000 downloads, FX Emoji has met its goal of providing fans with content that may be used on a personal level.

Video for Best Use of Emojis: FX Emoji App 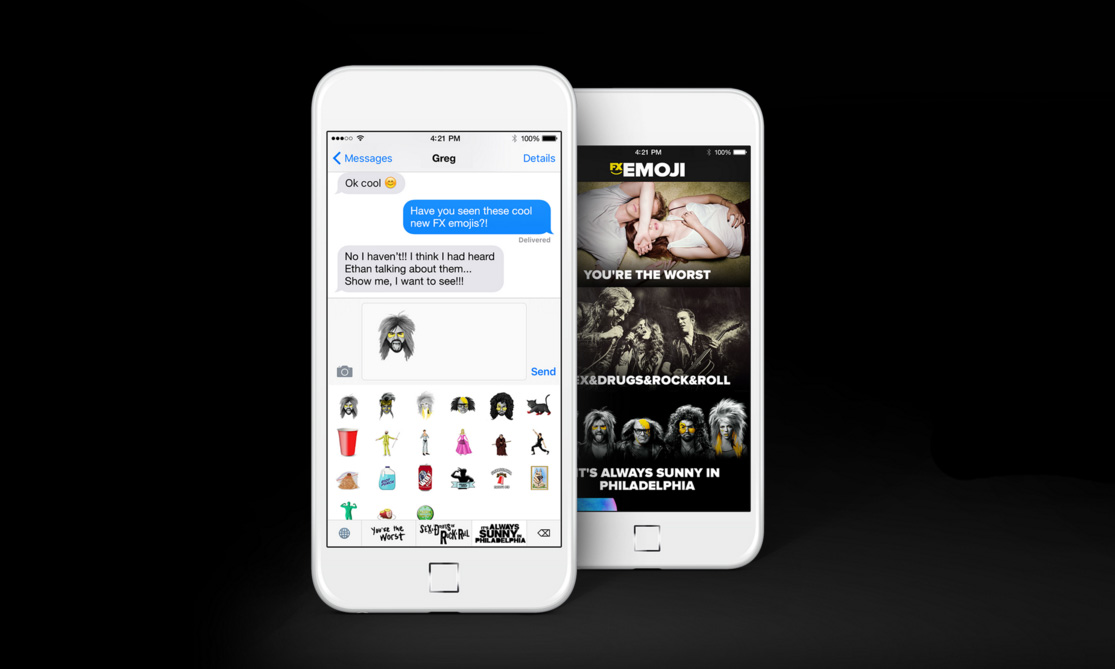