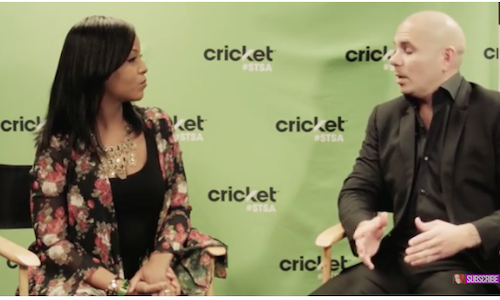 Cricket Wireless Gives Music Lovers “Something to Smile About”

Cricket Wireless and its Social Media Agency of Record, Max Borges Agency, wanted to tap into social conversations to amplify the brand's existing sponsorship investments on the Pitbull & Enrique Iglesias Tour and truly give music lovers Something To Smile About!


In 2015, Cricket Wireless set out on a mission to refresh the brand by giving customers "Something to Smile About" (#STSA) – an experience that consumers rarely encounter in dealing with their wireless providers.

As part of this initiative, Cricket's core focus has been to provide exceptional value to consumers through key advancements in the prepaid wireless market, including: "all in" pricing, premium smartphones and affordable plans with no annual contracts.

Our goal was to change the way consumers think about prepaid, by giving them more than they ever thought possible from a no-contract brand…in a nutshell, Something to Smile About.

Our resulting philosophy:
Cricket gives our customers #STSA or Something to Smile About.

Cricket and Max Borges Agency delivered on the promise of #STSA by tapping into its customers' passion points and aligning with targeted entertainment sponsorships.

Many of Cricket's customers are represented in the multicultural and millennial segments, so it was important to engage key channels where those audiences were represented. By teaming up with influencers that aligned with Cricket's audience, they were able to inspire Cricket-focused conversation from both potential and current customer.

Social First:
Given the continuously growing spending power of two of the brand's target audiences – millennials and multicultural groups – and millennials' abundant use of mobile technology in all facets of their lives, the cell phone service provider focused social media marketing efforts on increasing awareness and consideration among these segments.

Passion Points:
Music is a passion point shared to both millennials and multiculturals. The goal of this initiative was to increase the value of the Pitbull and Enrique sponsorship investment by using trustworthy channels to give music lovers an exclusive look to Cricket's involvement in the concert tour.

Cricket Wireless and Max Borges Agency engaged with content creators and social media influencers who would resonate with the multicultural and millennial audiences, and who would produce high quality content for the brand.

From research conducted by the celebrity relations team, the brand selected multicultural YouTube influencers to attend the concerts and capture smile-worthy moments – Megan Nicole and LaToya Forever, two multicultural influencers with significant channel reach and high engagement rates with millennial audiences. Both influencers were also music lovers, and LaToya was a loyal fan of Pitbull and Enrique Iglesias.

Cricket Wireless and Max Borges Agency sent Megan Nicole and LaToya Forever to concerts to post photos of their adventures leading up to the show and announce that they were on their way to meet Pitbull or Enrique Iglesias with Cricket Wireless, driving excitement and engagement amongst their followers.

In addition to attending the concerts, both influencers were given the opportunity to conduct one-on-one video interviews with Pitbull or Enrique Iglesias, giving their followers a backstage pass to the concert via social media. These interviews were shared on each influencer's YouTube channel and were also amplified by Pitbull, Enrique Iglesias and Cricket Wireless through an integrated plan with Marketing, Advertising and Grassroots.

The campaign resulted in a combined reach of more than 3.7 million impressions, including 161,677 views, 7,639 video likes and 499 comments, and continues to attract views eight months after the initial video launched.

Pitbull and Enrique both shared the video to their combined Twitter following of 30,924,592 fans.

To add to the campaign's success, the experience also made Cricket Wireless brand advocates out of the influencers after they were exposed to such a unique and incredible experience hosted by the brand. LaToya Forever has gone on to collaborate with Cricket Wireless on other projects.

The influencers' followers quickly became Cricket's followers and over 50,000 new people engaged with Cricket the first week videos were published. Influencer activations have played a key role in driving audience growth and impressions, while improving sentiment & mentions across Cricket Wireless social channels, in conjunction with other social media marketing initiatives.

Video for Cricket Wireless Gives Music Lovers “Something to Smile About” 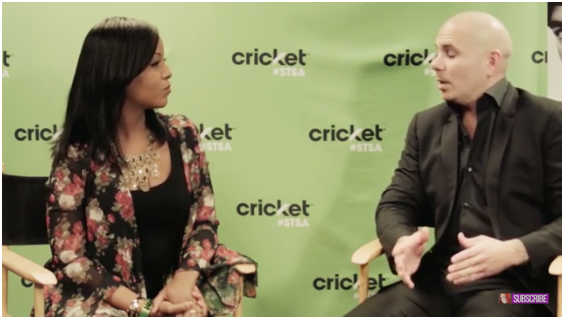 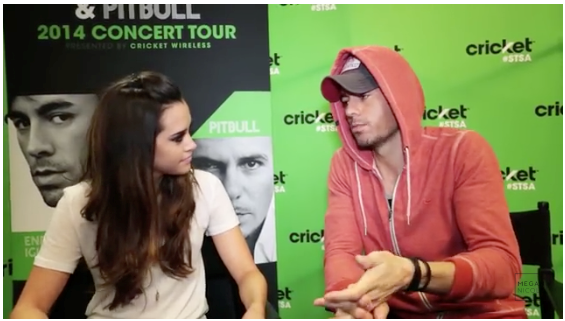 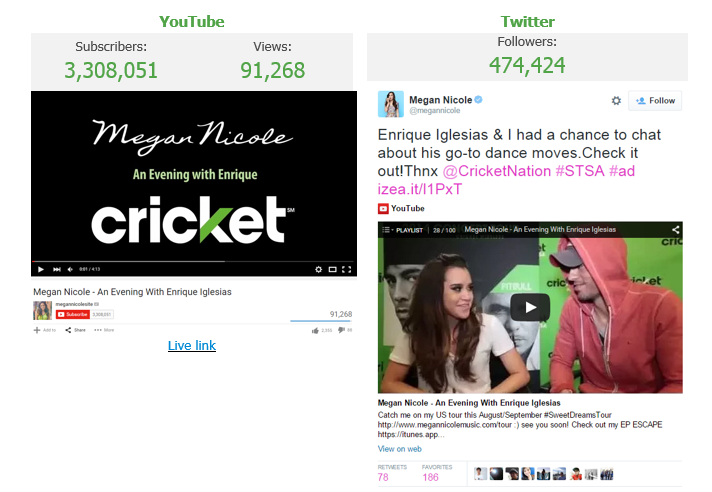 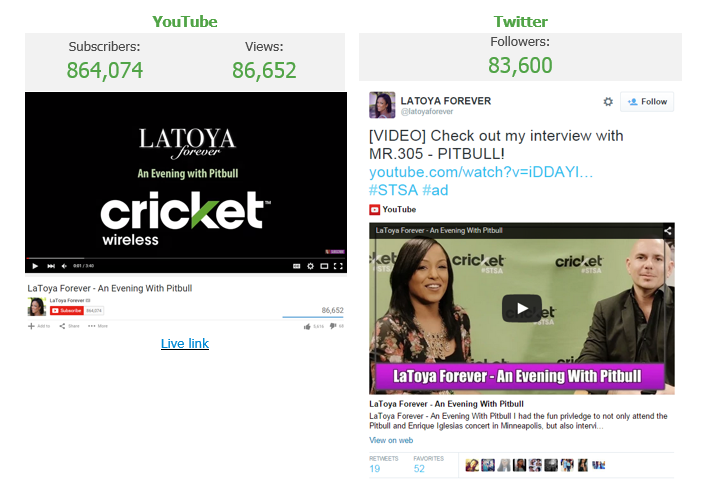