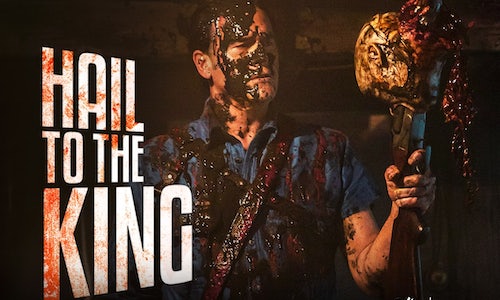 Ash vs Evil Dead – The Most Groovy Social TV Campaign of 2015. Maybe Ever.

Ash vs Evil Dead was coming to STARZ, and it was going to be groovy. The series is a reboot of the classic movie trilogy by its original crew with its lead actor, Bruce Campbell, reprising his role as reluctant hero Ash Williams. Ash is foolhardy. He's arrogant. The only thing about him that feels polished is his hair. Almost everything about him – his taste in music, his style, and his mannerisms – feels out of place in today's society. But after he mistakenly resummons Evil during a bender, he's once again mankind's only hope for survival.

Fans had been waiting 25 years to see Ash renew his battle with Evil. They had kept the Evil Dead franchise alive with video games, comic books and cosplay. Our goal became to craft a marketing campaign that satisfied their craving for nostalgia and also appealed to new horror-loving audiences. No pressure, right?

Ok, so we had our goal and persona down. Now what were we going to do? We needed a plan. Unfortunately, we weren't going to be able to learn much from Ash himself. The guy's approach to life is "Shoot first, think never!" and that just wasn't going to work when it came to marketing Ash vs Evil Dead on social. We had to put a lot of thought into how we brought a legend back to life on the interwebs. We decided to build around a series of key events leading up to the Halloween premiere to give fans a steady diet of all things Ash vs Evil Dead. Those milestones were:

Our fans repeatedly posted how Ash Williams would be an ideal presidential candidate, so it was time to give the fans what they wanted. No matter how unqualified he was, we threw his name into the ring.

Gave away thousands of campaign packs to supporters including lawn signs, posters, etc. and showcased fan art on Twitter and the microsite

Live tweeted the #EvilDeadMarathon airing on STARZ the night before premiere, engaging with fans re-watching the movie trilogy before Ash vs Evil Dead began

Partnered with Facebook to onboard cast members including Bruce Campbell and Lucy Lawless, launching with exclusive rapid fire Q&As shot at Facebook headquarters

Talk is cheap… especially if it's coming from Ash Williams. That's why demonstrating tangible results (our boss helped us with that corporate jargon there) was most important when looking at the campaign. Thankfully for the Ash vs Evil Dead team, the results were good. Mind-blowing even. We…

Video for Ash vs Evil Dead – The Most Groovy Social TV Campaign of 2015. Maybe Ever. 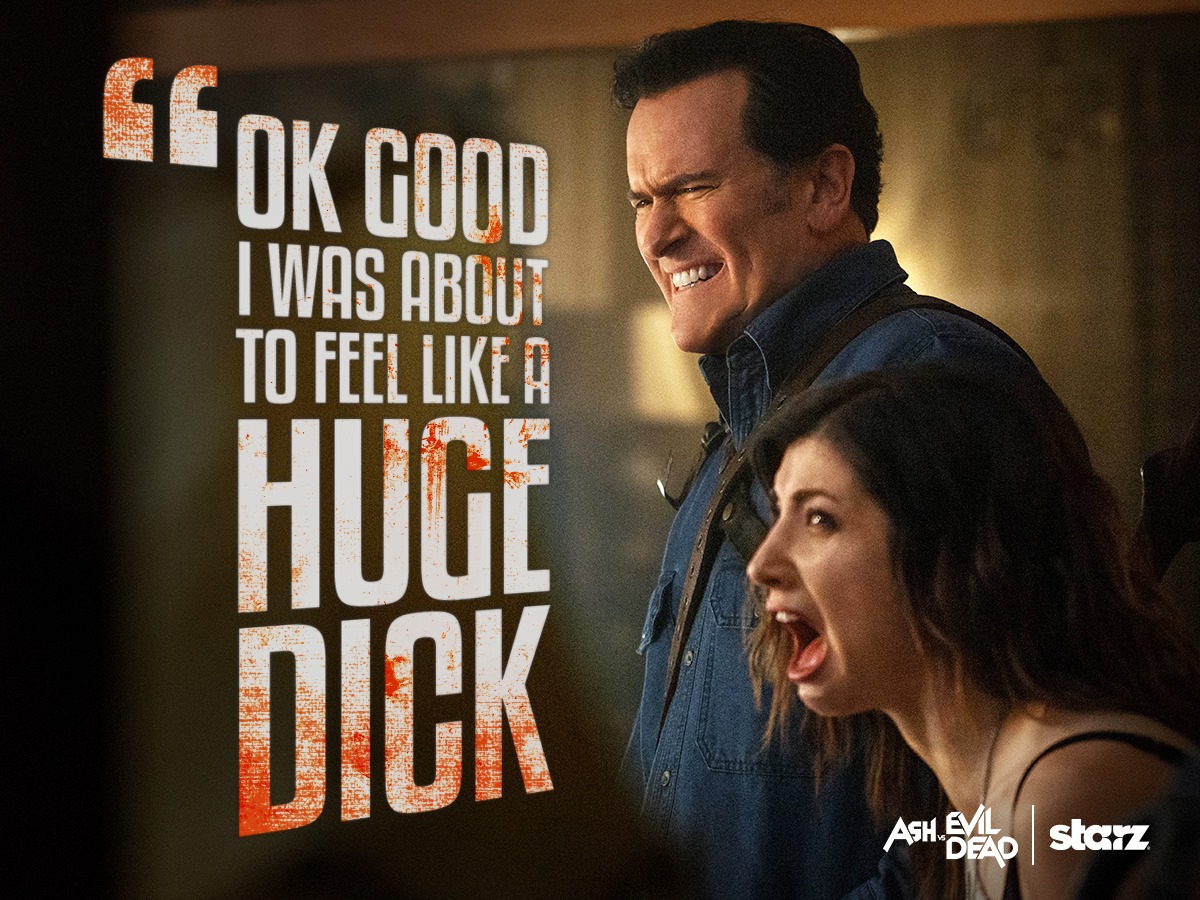 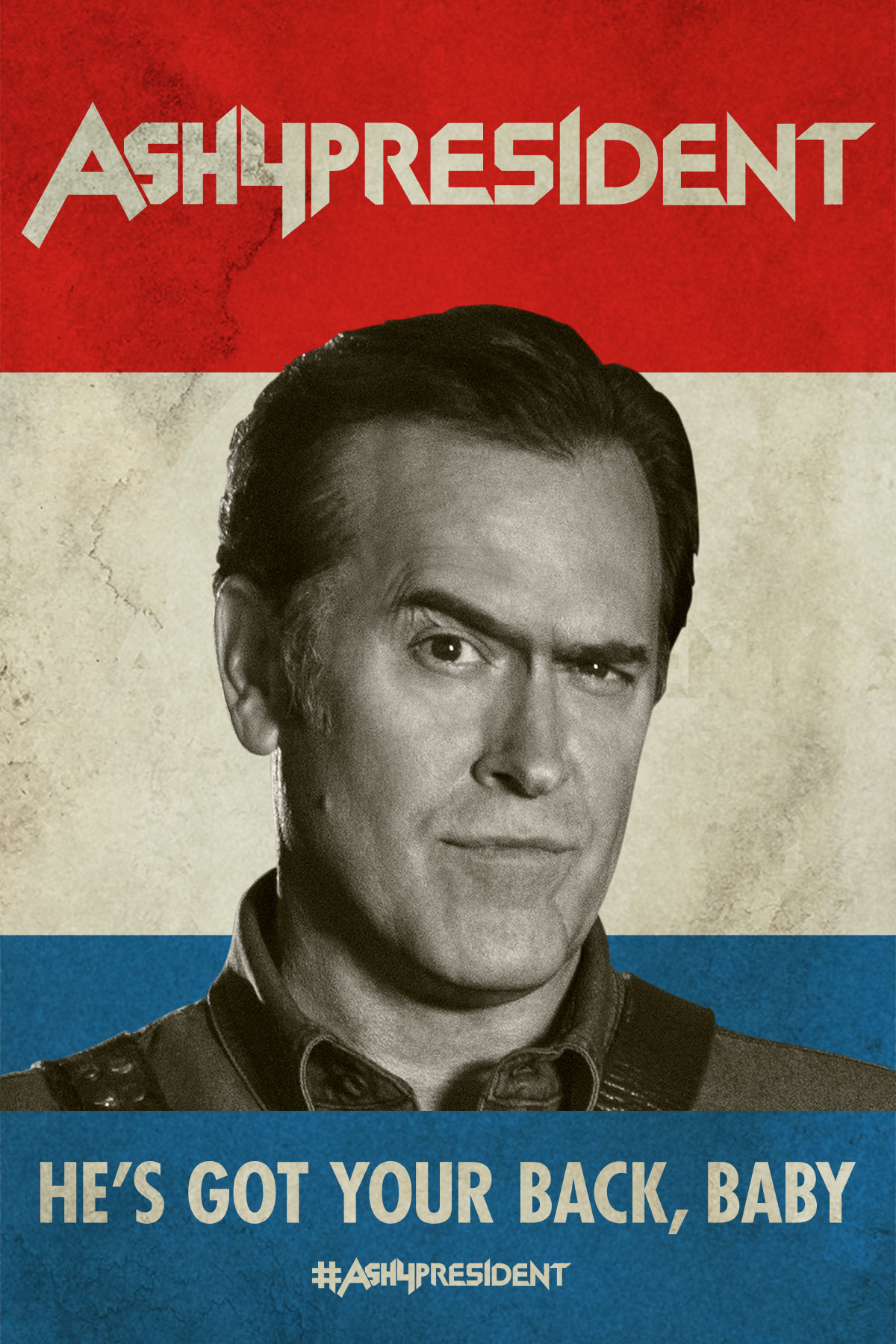 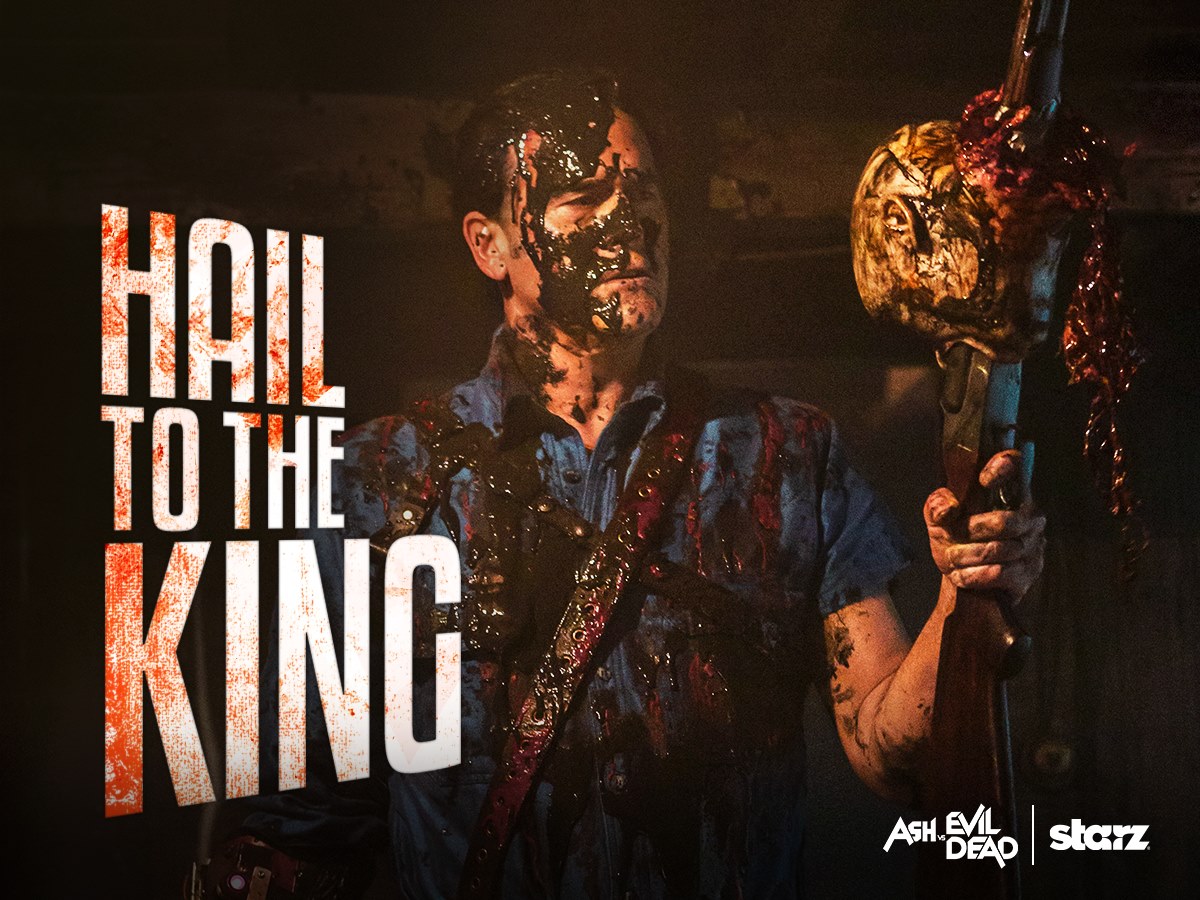 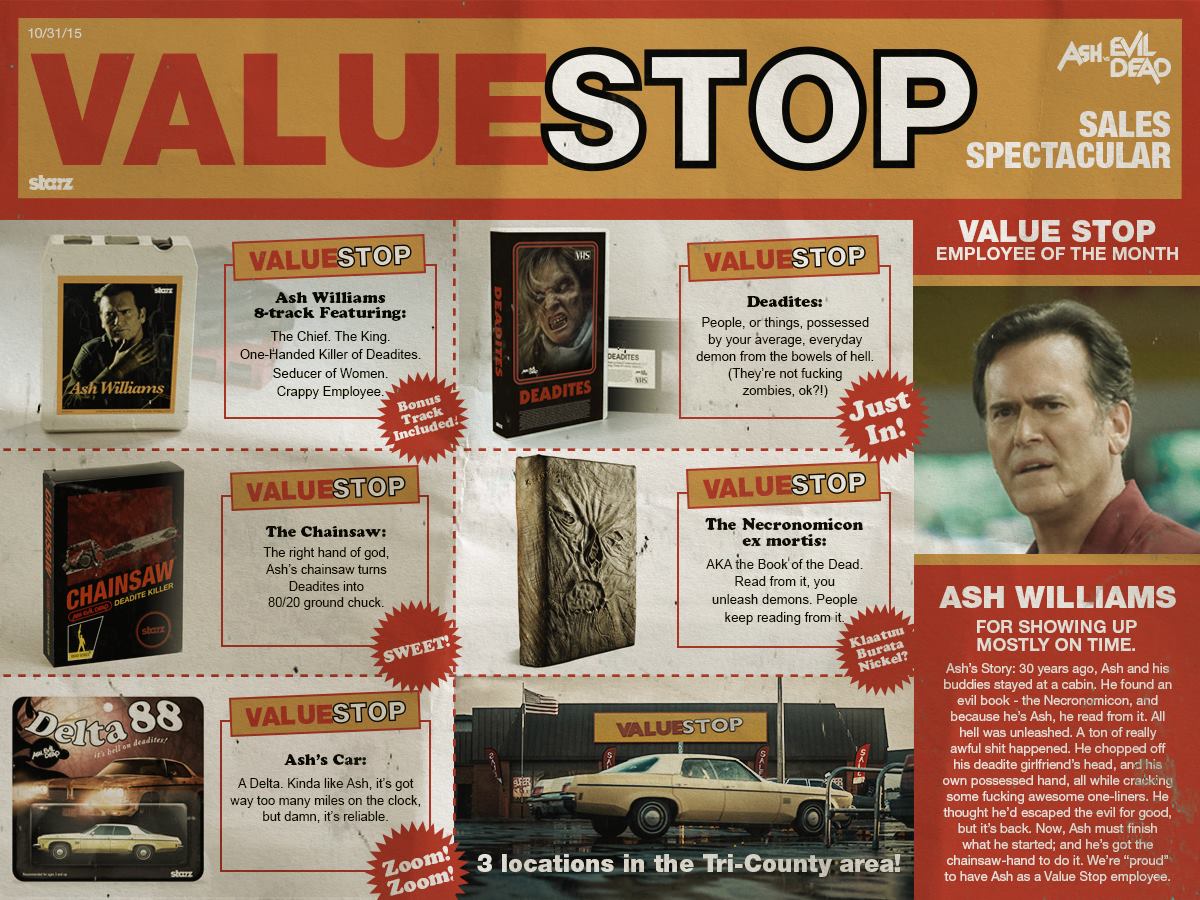 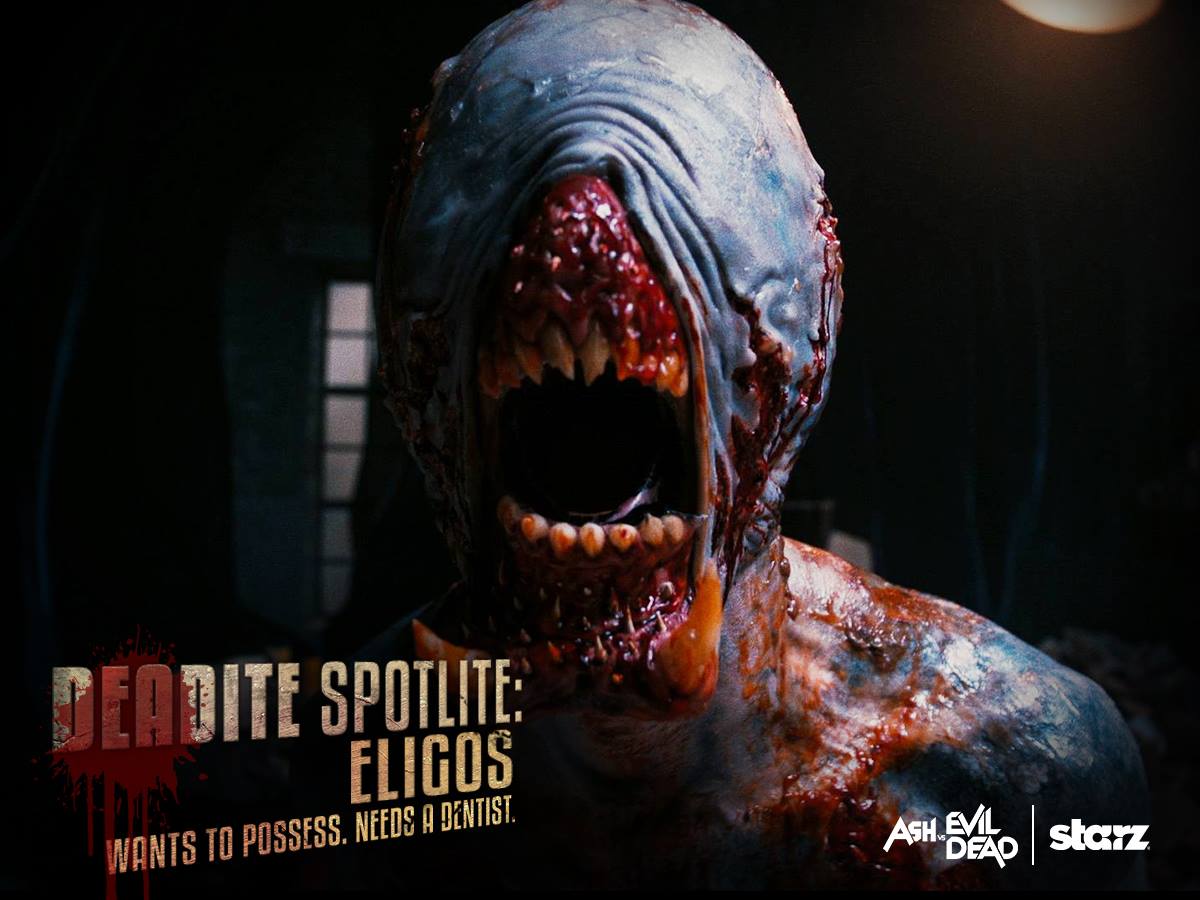 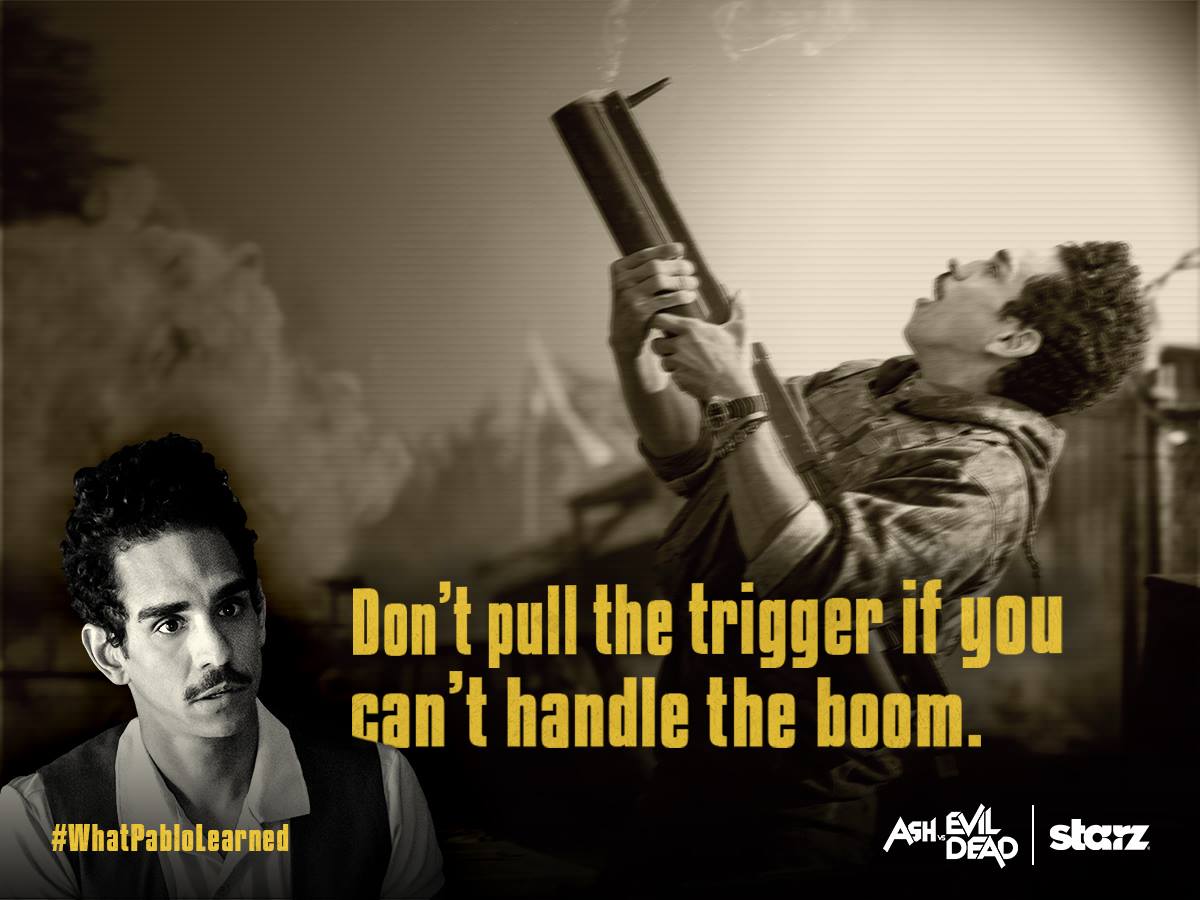