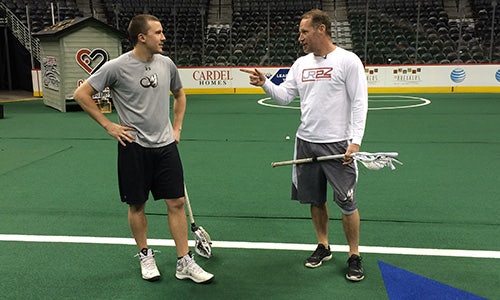 It was a Tuesday afternoon and the local sports media wasn't talking about lacrosse. The NLL playoffs started on the upcoming Saturday, but ticket sales were struggling. We wanted to change all of those things: we wanted to create a playoff buzz, we wanted to be included in local sports talk, and ultimately we wanted to sell out our home playoff game that upcoming weekend.

So did we blast out ticket links and tell fans to "BUY NOW"? Nah. Instead, we struck up a game of H-O-R-S-E between two popular players on our home turf. And we enabled our fans to follow along shot-by-shot for the entire game through Twitter Videos that we pushed out via @MammothLax. (The campaign did culminate with a tweet promoting playoff ticket sales.)

Our strategy was to mimic the game being played live because we don't have constant access to players and wanted to be able to cut the footage into shorter Twitter-appropriate videos. Even though it was pre-filmed, we wanted it to seem casual and organic. We didn't announce that it was going to happen; instead, it just started. To help fans keep track of the made shots and to interact on their own, we launched #TeamGrant and #TeamHolding, after the two players participating.

We received 13,012 views on YouTube and counting, which is now a Top 5 most-viewed video of all-time for the Mammoth on YouTube. The landing page on our website was visited 2,633 times, which is the second-most visited page on ColoradoMammoth.com in the past two years.

Our tweets averaged double the engagement than what we normally saw for tweets around games, and was over twelve times as engaging as non-game tweets (which, of course, these were). The most amplified of these reached 74,700 people.

Video for Anyone up for H-O-R-S-E? 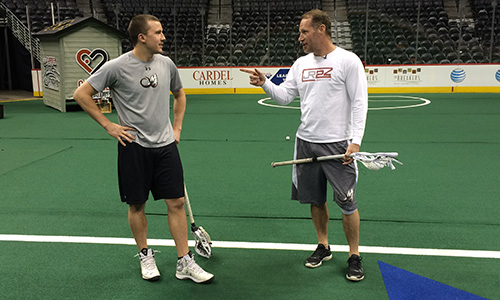