AJ+ is Al Jazeera's digital-only offshoot, launched in September 2014 to build a new kind of media outlet for people who don't watch traditional news networks on TV. In a big bet on distributed content, AJ+ traded a website for an editorial strategy centered on building audiences directly on Facebook, YouTube, Twitter, Instagram, Medium, the AJ+ app, and other social platforms by creating custom content for each social network. AJ+ became one of the biggest video publishers on Facebook by creating custom videos optimized for the emerging video platform. Through the creation of brief, informative, compelling videos that use the eye candy of motion with concisely written captions to efficiently and effectively inform an audience, AJ+ videos were watched more than 2.2 billion times in 2015 for a total of 134 million engagements and a total reach of 7.4 billion for 2015.

In a time when many video news publishers use digital video to repurpose TV footage or push their followers to their websites, AJ+ pursues a strategy that focuses on each social network as its own product and makes custom content with an eye for what works on each platform. AJ+ purposely didn't build out its own website, trying to find new users in their social streams instead. AJ+ engages with its audience of global-minded American millennials on Facebook, Twitter, YouTube, Medium, and other social networks by creating a wide range of high-quality journalism, from short animated explainers to live coverage of events and short documentaries that show a different perspective on world news.

For its recent coverage of the Syrian refugee crisis, AJ+ took a multiplatform coverage approach in creating news updates and animated explainers, and even sending a deployment team to the region that took advantage of new live-streaming technologies on Facebook and Periscope in an unprecedented way. These broadcasts told the human stories of the events that played out at European borders and enabled conversations between refugees and live viewers from around the world. Viewers were able to actively learn about this crisis by asking questions on Facebook Live and having conversations with the refugees directly through AJ+ reporters on the ground.

Since its official launch in 2014, AJ+ has grown its audience from scratch to over 3.5 million fans on Facebook and over 180,000 subscribers on YouTube. AJ+ videos regularly reach far beyond its core audience due to the emotional resonance they have with their audience. AJ+ videos on Facebook received over 2.2 billion views, 134 million engagements, and a total reach of 7.4 billion in 2015. The reception to AJ+ content has been so strong on Facebook that AJ+ has recently expanded to AJ+ Español and AJ+ Arabic, which are quickly growing engaged fan bases as well. 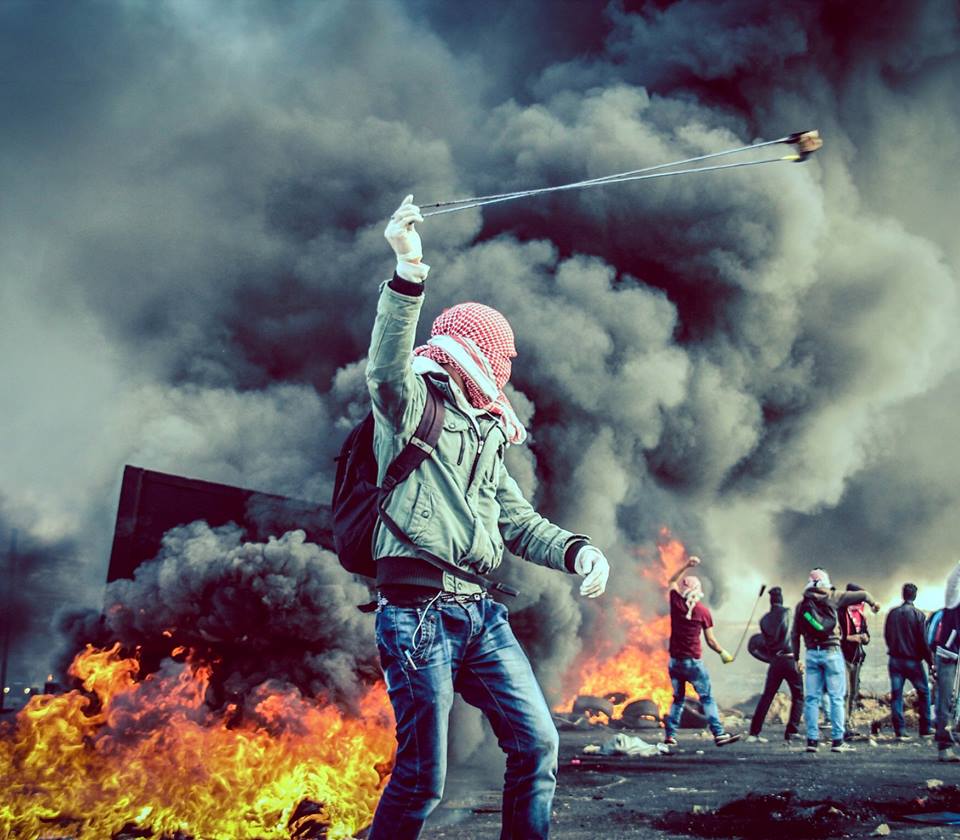 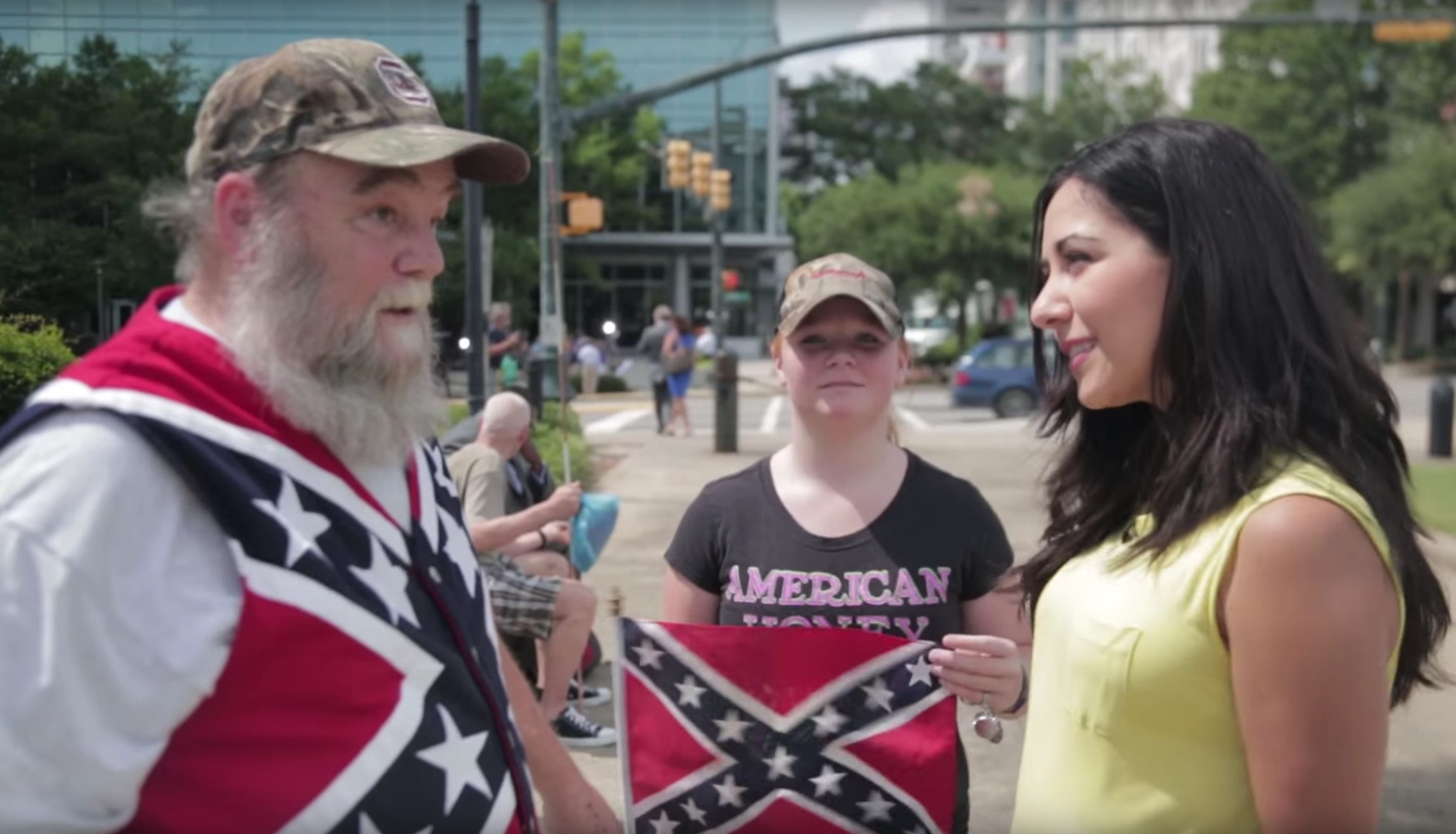 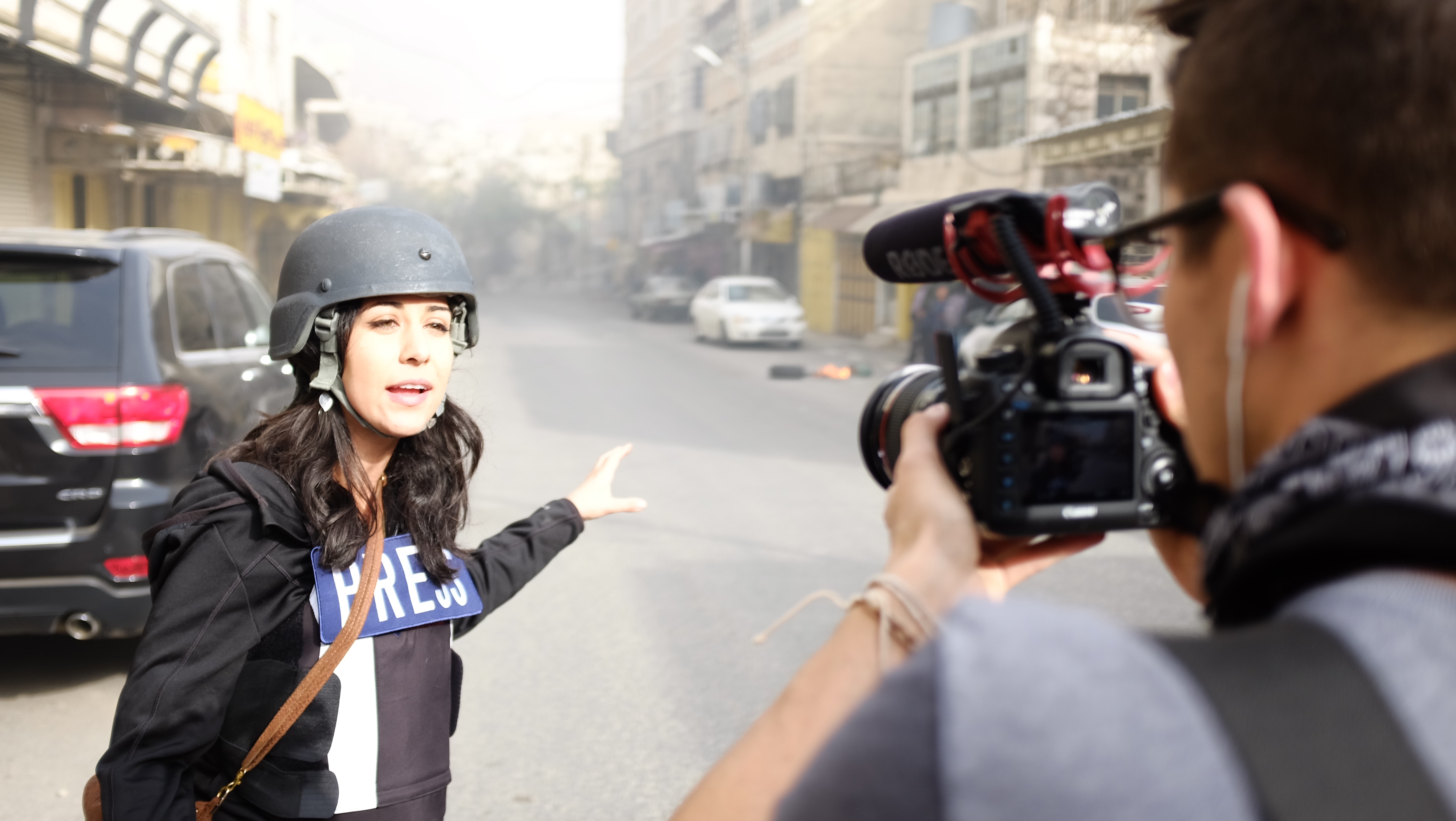 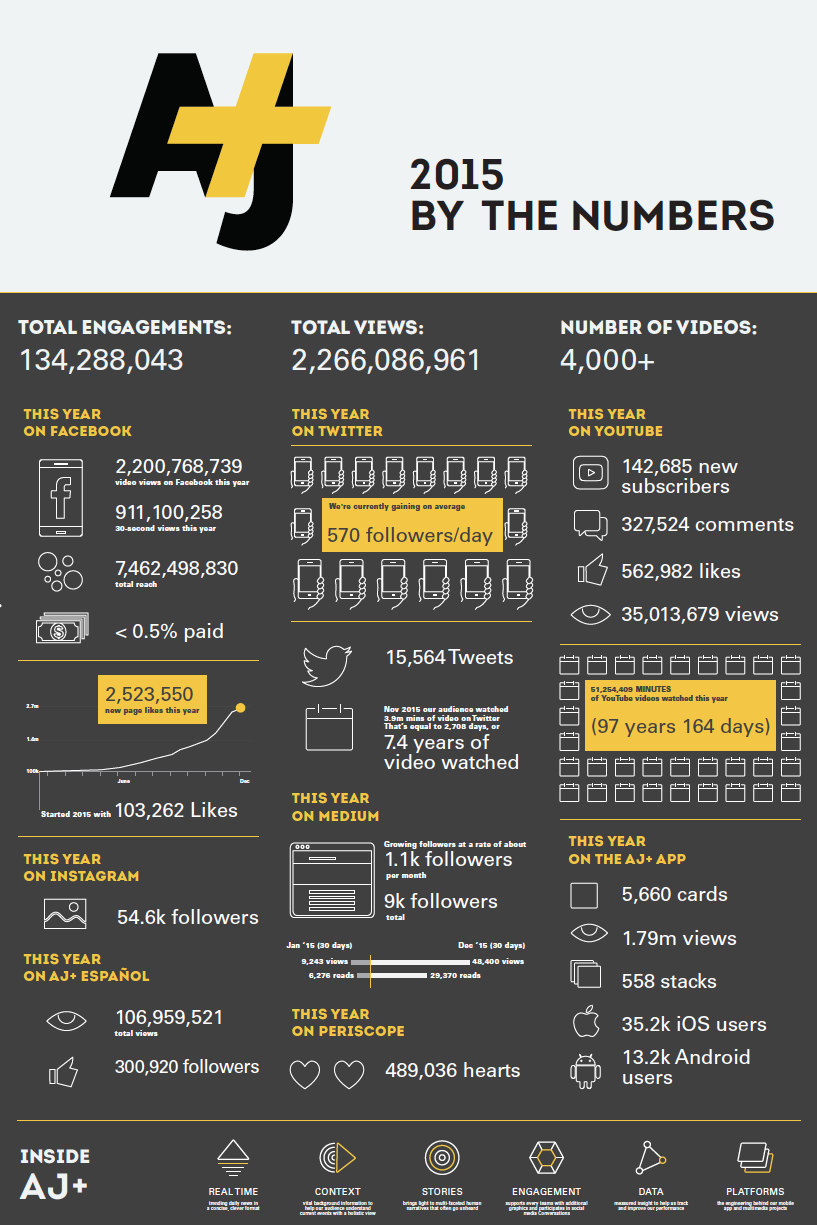