Whether our community were attending the Sundance Film Festival or not, we wanted to make sure they felt welcome in Park City and like they could participate as creative storytellers. At a festival that celebrates the art of storytelling and filmmaking, we wanted to own a large piece of the conversation, to invoke a sense of belonging for our community at a festival where belonging is hard to come by, and to create excitement around and drive visits to Airbnb Haus in Park City.

The Sundance Film Festival brings the most original storytellers together with the most adventurous audiences for its annual program of dramatic and documentary films, shorts, New Frontier films, installations, performances, panel discussions, and dynamic music events. Year after year, the Festival pursues new ways to introduce more people to the most original and authentic storytelling.

But as Sundance has grown in popularity, the massive crowds of people have led to long lines, limited access to showings, and invite-only parties. In other words, Sundance is a tough place to feel like you belong. Since 2014, our activations at Sundance have provided a respite from the 'scene' and created a sense of belonging for attendees and locals alike.

In 2016, we broadened this sense of belonging to our entire creative community around the world. In partnership with an up-and-coming filmmaker, Matty Brown, we asked our community to share stories of the local characters that create a sense of belonging in their neighborhoods. These stories ultimately contributed to a larger piece of content produced by Matty Brown.

Beyond homes, Airbnb connects travelers and storytellers with locals and their neighborhoods. By showcasing local characters, we not only included the Airbnb community as creative partners, but put the Sundance spotlight on their stories. In addition to our community storytelling, we partnered with other respected creative storytellers to reach an even broader audience. Our partners included Adobe, Shared Studios, Local Murmurs and Vimeo. We leveraged these partnerships by having them create content alongs with us including programs like Pillow Talk, Portals, and Pocket Stories. Through the power of social media, we communicated the magic of these partnerships with those who were at Sundance and those who were following along from afar. Each channel was used to share the kinds of stories we felt would make the most sense for the audience. When showcasing the experience of Shared Studio's Portals and Adobe's Pillow Talk, we used Periscope to capture real-time moments and pushed additionally messaging through Twitter to invite all those who couldn't make it to watch along with us.

The result was a campaign that was driven, created, experienced, and shared by our creative community in Park City and around the world. 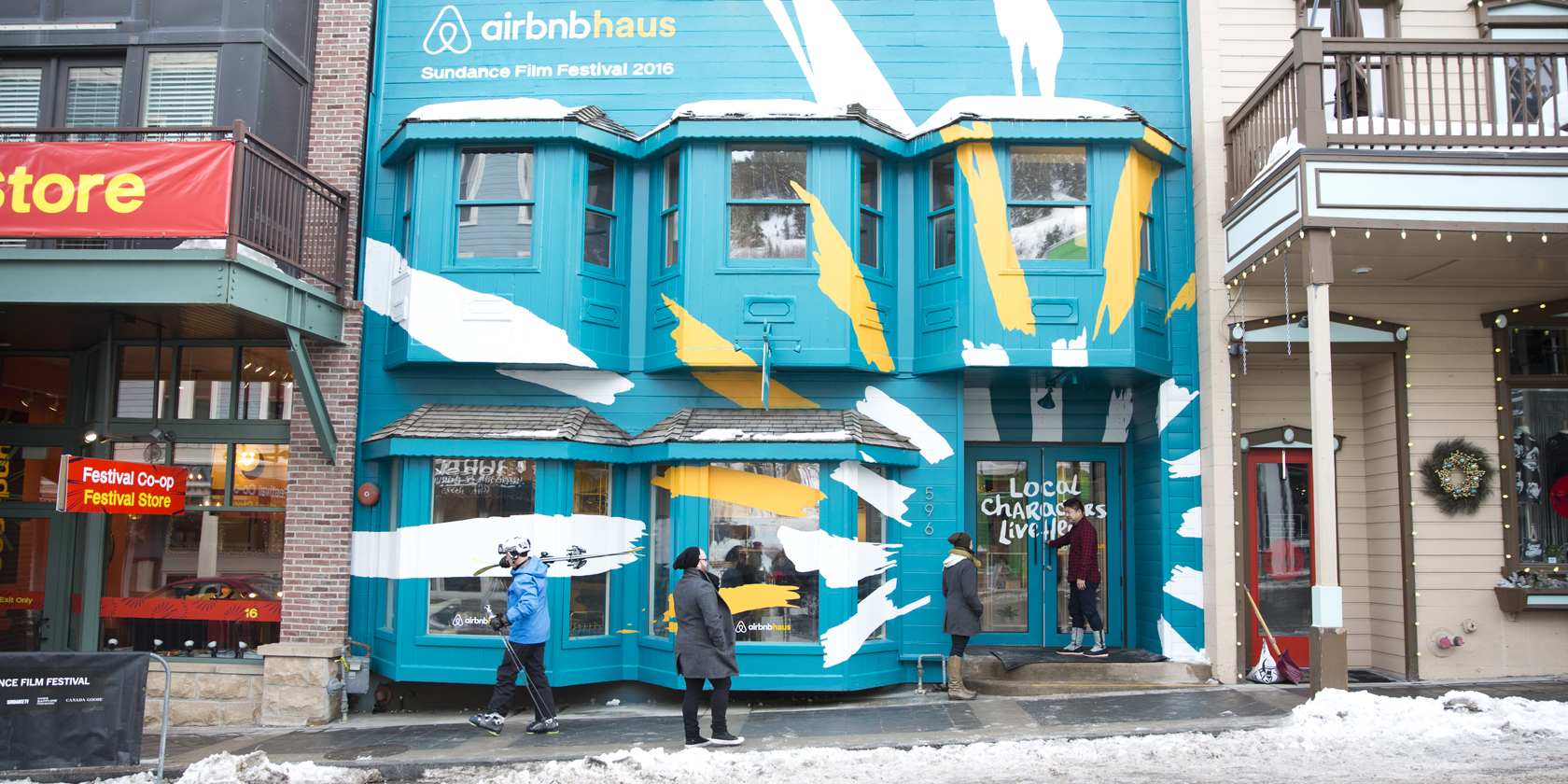 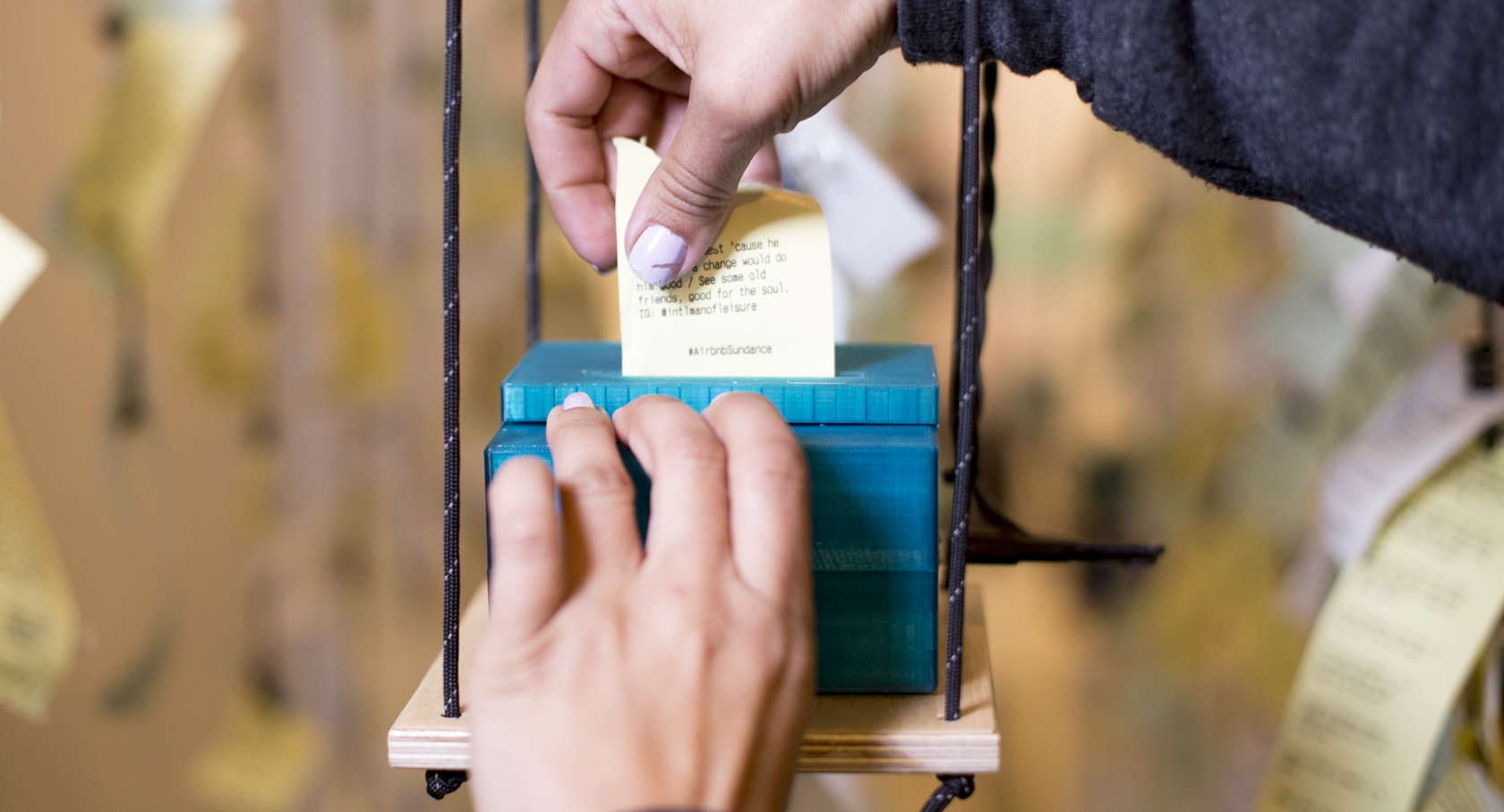 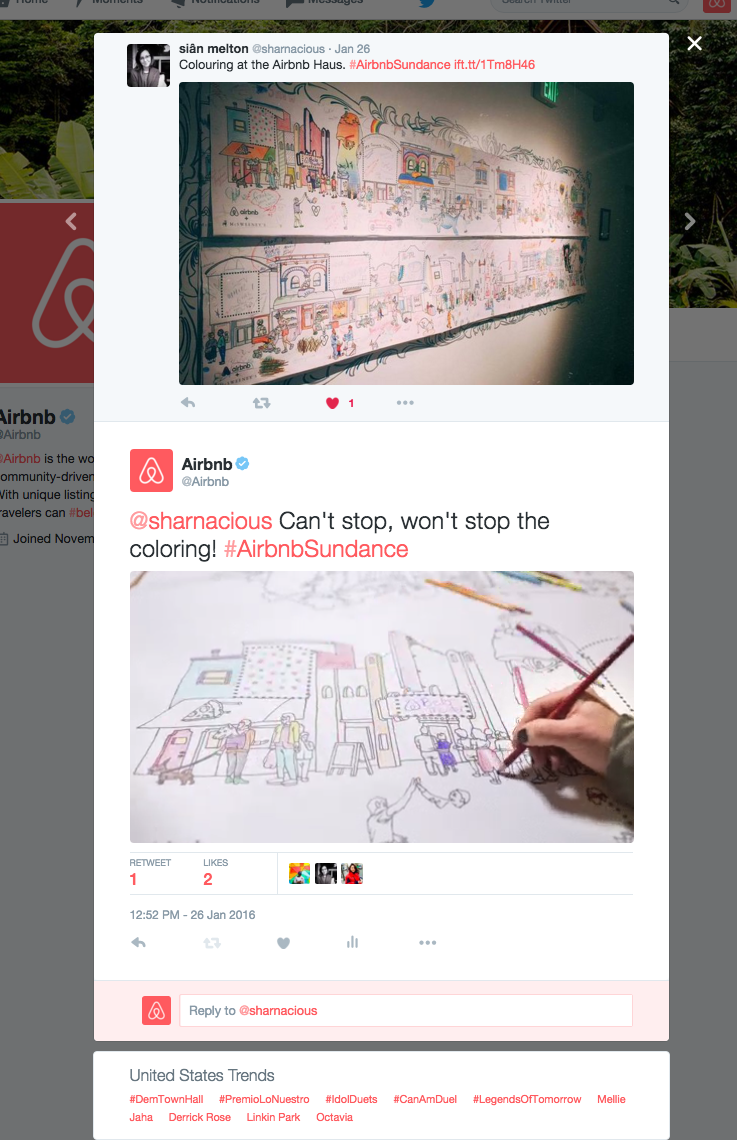 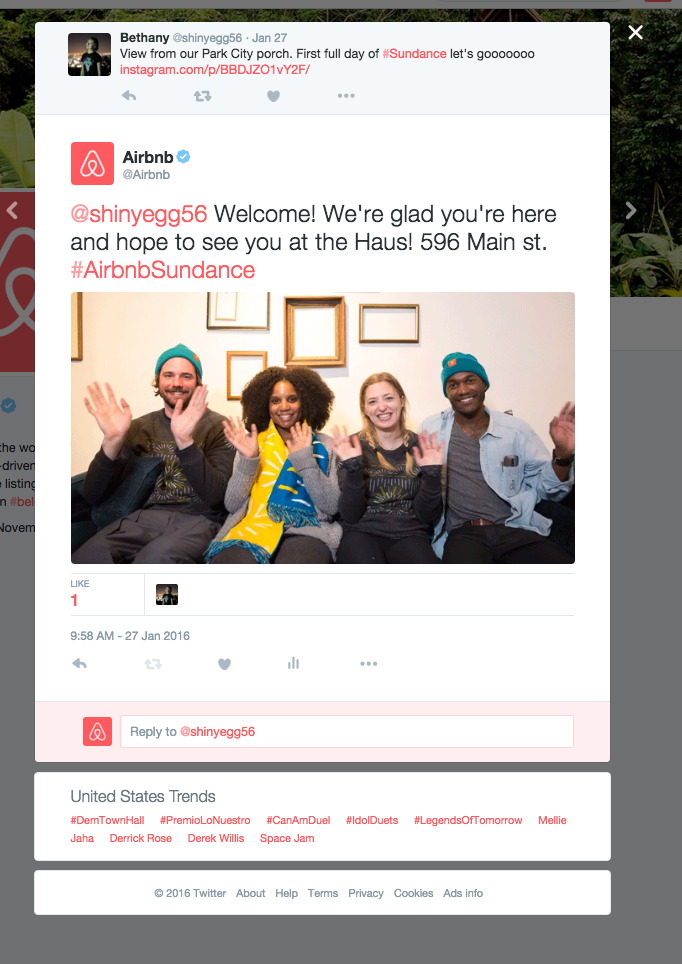 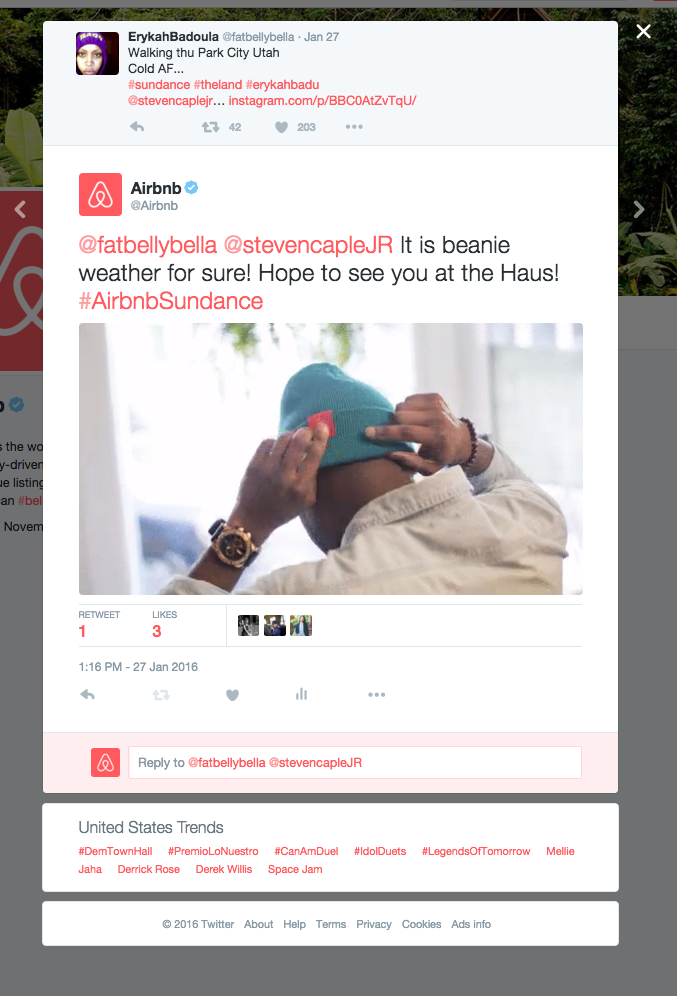