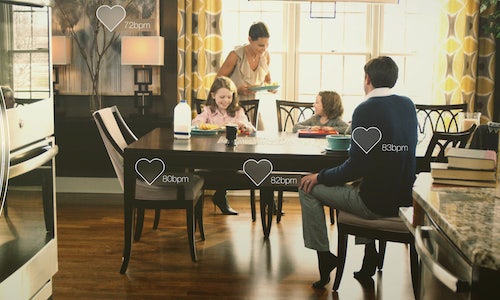 The interface between man and machine has historically relied on text - both keyboard and mouse - to communicate. But can voice emerge as the next interface to take over as the primary input/output? Is our privacy at risk as voice becomes an ever more dominant tool for personal communications interface? Over the last year, our team at the Hypervoice Consortium collected many interviewed visionaries, scholars and engineers and combed through mountains of research. We asked a seemingly straightforward question: What will communications look like in 2025?

A report released last month by Kelly Fitzsimmons and Martin Geddes of the Hypervoice Consortium suggests that yes, voice WILL be the next interface, and in fact, no, our privacy may not be as at risk as we think, thanks to leaders in the industry who are ready to take control of voice data. What we have experienced so far is the choice of 'use our product and surrender your data' or not. To date, harried people have been willing to make this trade mostly for convenience sake, and because the impact of the trade is largely abstract and invisible to them.

Fitzsimmons and Geddes' research sheds new light on the dark areas of data - and voice - privacy. An accompanying video was produced to show us what the world will look like as we embrace these new challenges, where voice is not just part of messaging, but rather a sensor technology.

Check out our video, the press release, and downloadable report here: http://www.hypervoice.org/

Voice isn't simply data. Voice contains identity. You can strip all the metadata off a voice file and still know it's me talking. Voice is self-identifying data. And it's the next great frontier in the sensor revolution.

This entry takes an in-depth, groundbreaking report on voice and data privacy, and combines it with creative, visual story telling to paint a picture of where the future of voice, sensor technology, and data can take us.

Within the first week of the video being launched, we had more than 555 views.