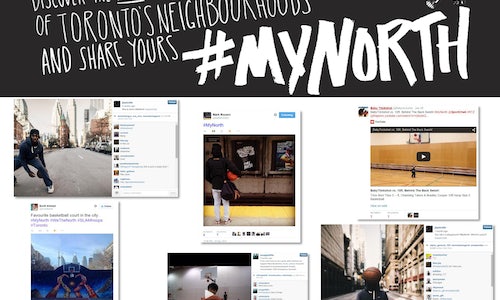 To launch the new strategic partnership between Sport Chek and the Toronto Raptors, the Canadian sporting goods retailer created a fully-integrated marketing campaign to celebrate the robust basketball community in the Greater Toronto Area (GTA). Sport Chek aimed to showcase nine of Toronto's neighbourhoods by spotlighting and sharing the authentic stories and court culture under the banner #MyNorth. Leveraging the momentum of the Raptors' #WeTheNorth campaign, the grassroots approach encouraged the basketball community to share their own unique stories.

Sport Chek's goal was to launch its partnership with the Toronto Raptors and Maple Leaf Sports and Entertainment to drive awareness for Sport Chek as Canada's top destination for all things basketball.

By giving Toronto Raptors' fans and the GTA basketball community control to tell their stories, Sport Chek was able to drive the conversation around basketball, celebrating local talent and leveraging the devoted fan base around #WeTheNorth.

Strategy: Leverage trusted advisors in the GTA basketball community, engage with basketball players in the area, and showcase content from local courts and high schools to encourage submissions.

Sport Chek told the real stories of basketball in the GTA through the #MyNorth campaign and put the basketball community in control of driving the momentum of the campaign through user generated content and crowdsourcing. The program collected real stories, interviews, videos and photos from nine different neighbourhoods and amplified them across Sport Chek's social media channels.

To ensure Sport Chek was identifying authentic basketball stories, the retailer also leveraged its network of trusted advisors, including coaches, players and representatives from the basketball community to build relationships with basketball players in the GTA. With their advice, Sport Chek was able to determine the best stories to tell and locations to visit. This also led to a short-form documentary series produced by TSN, showcasing the top Toronto basketball talent from five different communities and inspired additional user generated content from basketball players in these areas. By seeking out the advice of leaders in the basketball community, the resulting stories showed the true basketball culture of the GTA.

To keep up the momentum around #MyNorth, Sport Chek regularly engaged with individuals contributing to the campaign and encouraged them to continue sharing their stories. Sport Chek developed a strong relationship with many basketball players in each of the nine identified neighbourhoods and through their content, awareness continued to grow. In recognition of their contributions, Sport Chek also gave away tickets to Toronto Raptors' home games so they could receive the full fan experience. For greater success, Sport Chek also consulted with its trusted advisors and influencers to tap into more basketball talent and introduce players to the campaign for additional contributions.

Result: To date, the #MyNorth campaign has received more than 845 story submissions. This is a 745 per cent increase over the initial objective. Basketball players and fans from the Greater Toronto Area showed overwhelming support for the campaign and were proud to share their court stories and skills with the larger community.

The campaign also drove substantial awareness amongst the basketball community, resulting in 6,725 organic social media mentions of #MyNorth and 21.1 million organic social media impressions to date. This ultimately led to the NBA and Toronto Raptors co-opting rights to the #MyNorth hashtag. 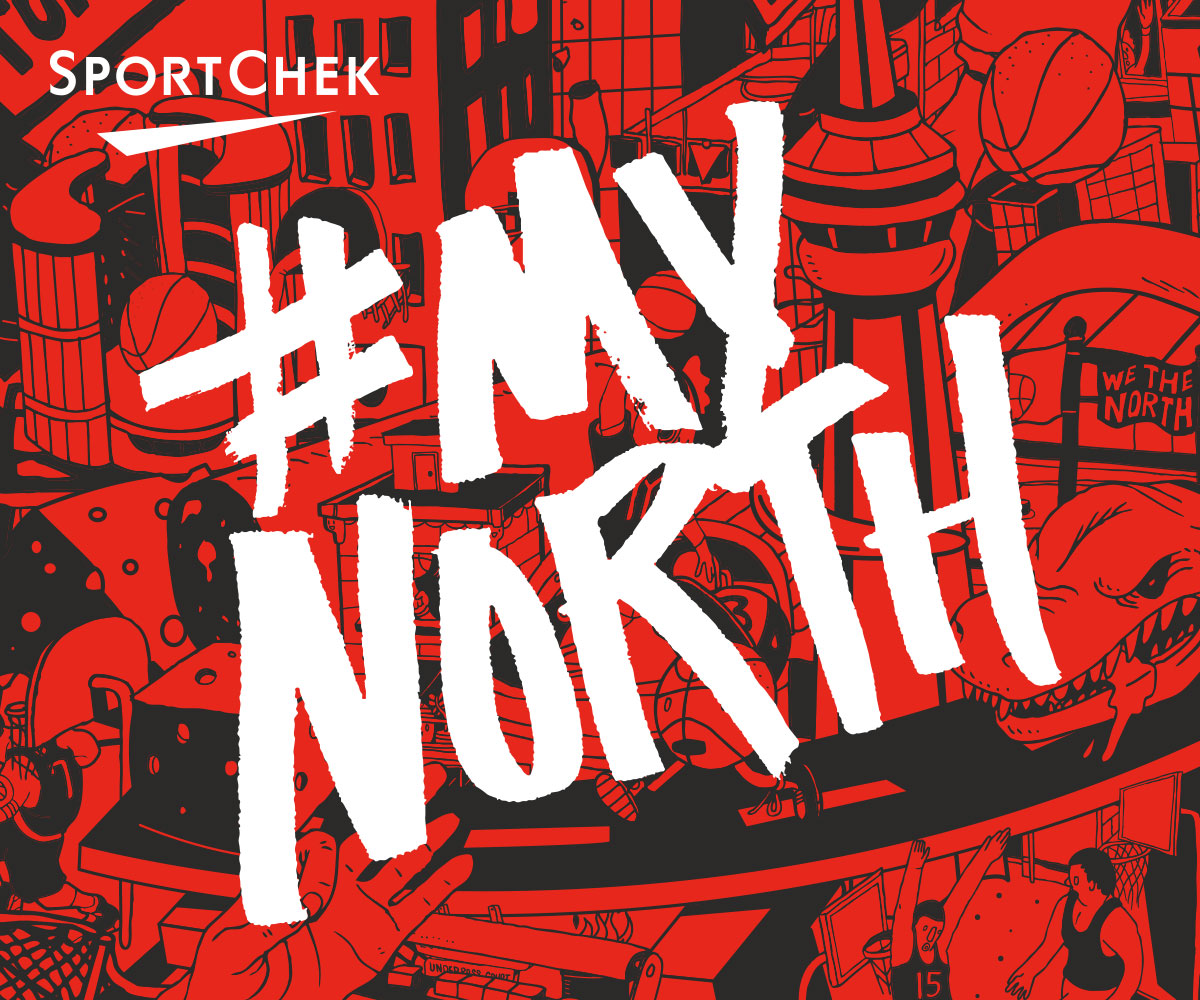 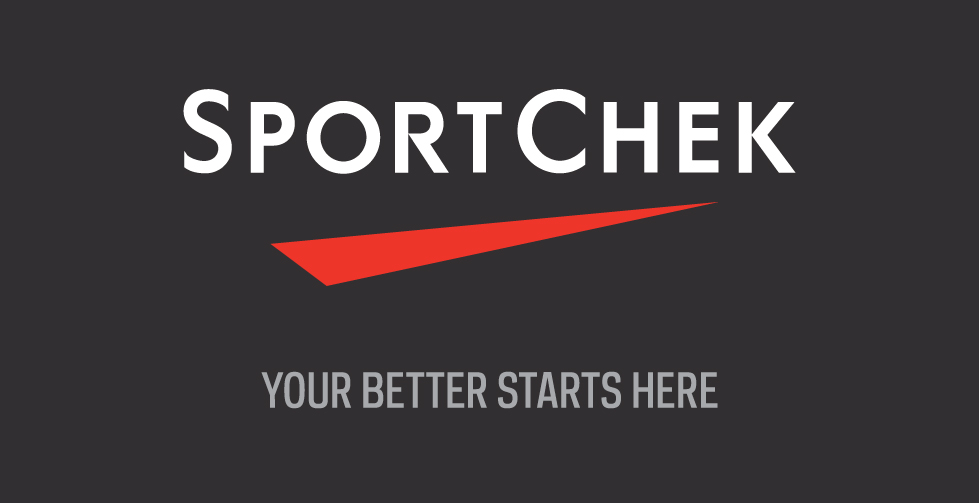 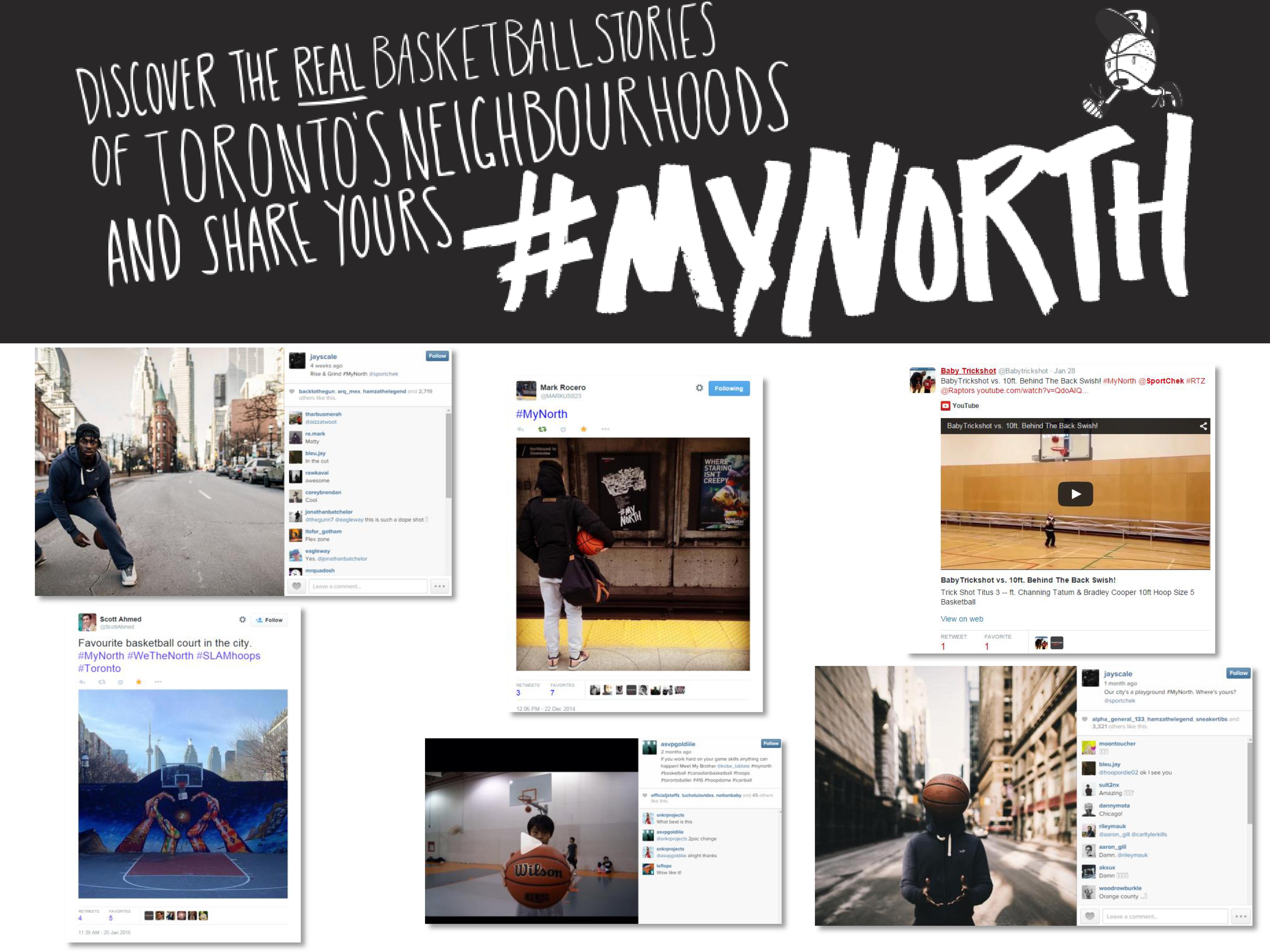