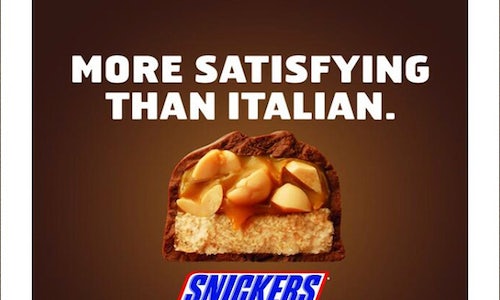 During the World Cup, Luis Suarez bit another player so we made fun of him on Twitter.

We were one of the first to call him out on Twitter. We were rewarded with 43k retweets in 24 hours. And 38.7MM earned media impressions in two days with no paid media behind it. 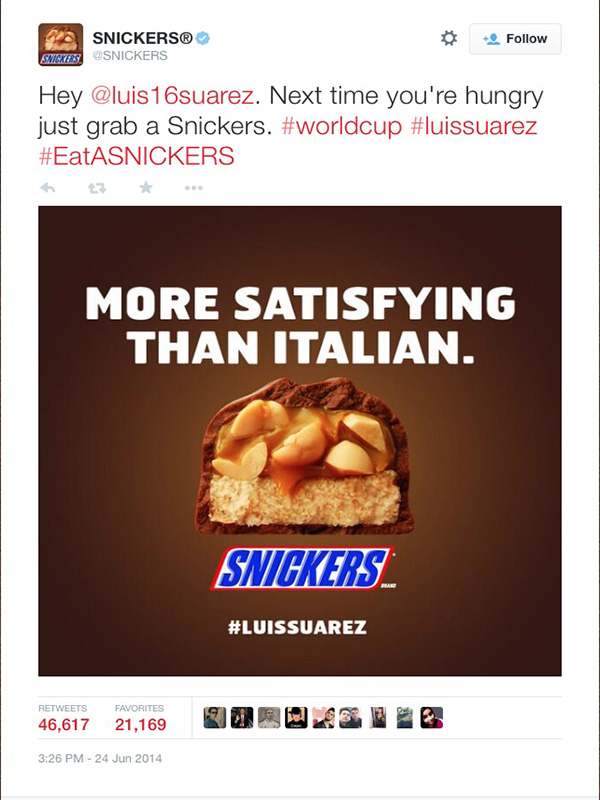