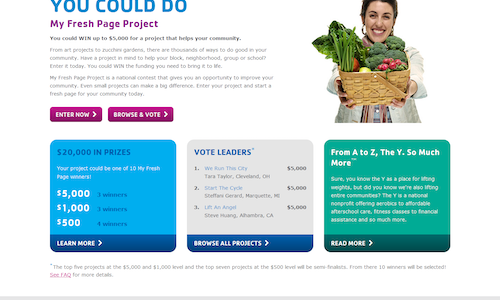 The Y is one of the nation's leading nonprofits strengthening communities through youth development, healthy living and social responsibility. Across the U.S., 2,700 Ys engage 22 million men, women and children—regardless of age, income or background—to nurture the potential of children and teens, improve the nation's health and well-being and provide opportunities to give back and support neighbors. Anchored in more than 10,000 communities, the Y has the long-standing relationships and physical presence not just to promise, but to deliver, lasting personal and social change.

Encouraging common good via the "My Fresh Page Project" campaign, users were encouraged to submit ideas, intended to strengthen their community. To inspire ambitious ideas big and small, prizes were offered at various amounts: three winners at $5,000; three at $1,000; and four at $500.

Most importantly, it was honor to see online users rally for local projects, united in their hopes for positive change in their communities.

As we were recapping the experience, we were able to locate the very critical points we wanted to achieve in this (or any) solid social good campaign and were pleased to note that "My Fresh Page Project" addressed each one: 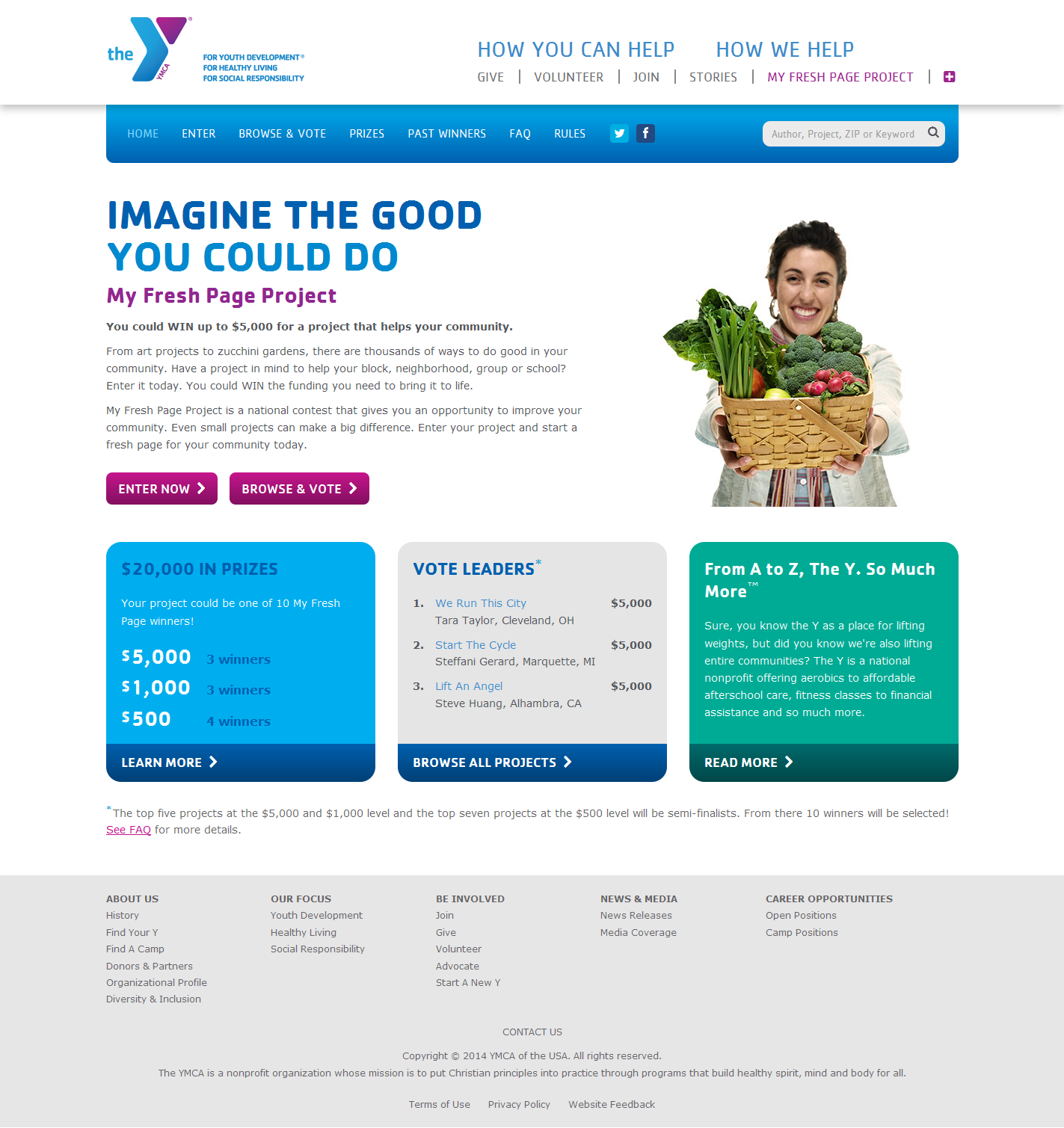 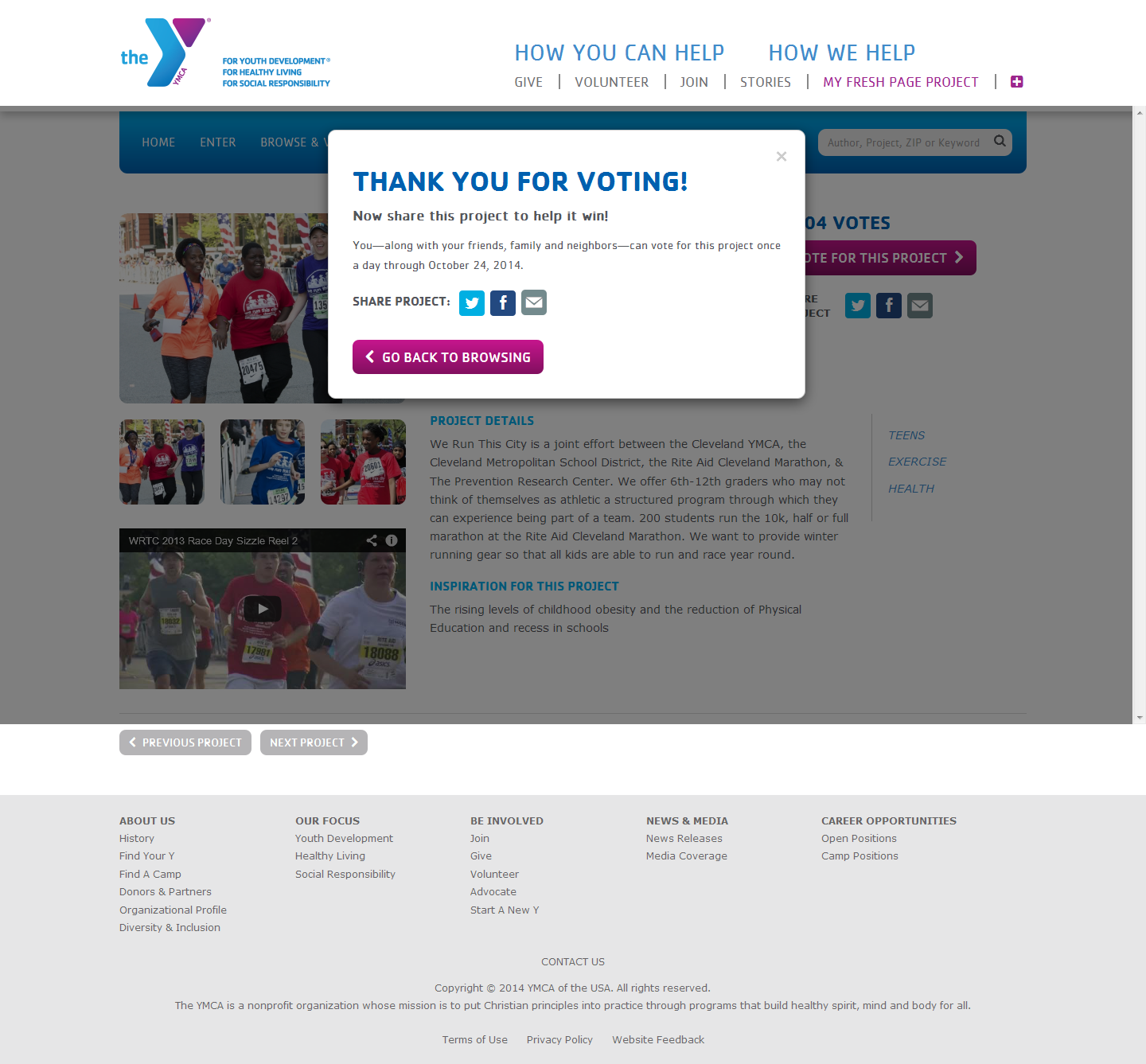