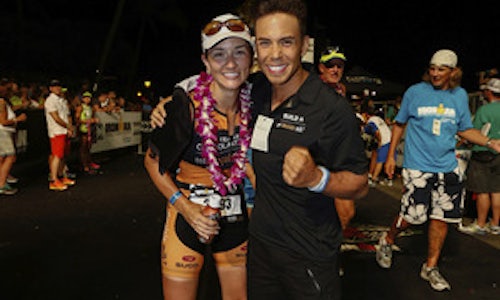 After decades of a steady decline in milk consumption, published research identified a new usage occasion and a new audience for chocolate milk: an effective beverage for helping active adults recover after strenuous exercise. Recognizing this as an opportunity to engage lapsed milk drinkers, drive sales of flavored milk and provide a positive health halo around the category, we partnered with former Olympic speedskater Apolo Ohno and launched Mission Apolo: BUILT WITH CHOCOLATE MILK. The program showed how elite athletes recover with chocolate milk as part of their training and recovery in a way that was believable, educational and motivating.

A growing body of published research has reinforced that the nutrient profile of chocolate milk can help athletes recover after hard workouts so they can perform at their best during the next bout of exercise. Given that chocolate milk is historically regarded as a kids' beverage and not made for athletes like many other lab-manufactured sports drinks, we knew we had to overcome considerable skepticism among adult exercisers. In fact, 2013 research conducted by ExactCast suggested that only 3% of adult exercisers would drink chocolate milk after exercise.

Research provided insights on which types of adult exercisers were most receptive to the chocolate milk recovery message. Aside from our core target of serious, regular exercisers, it suggested that "Get In Shape Girls" (generally out-of-shape women who have made the decision to exercise more, but are struggling to break their former habits) offer a considerable volume opportunity for chocolate milk. Research suggested that long form video content was an effective way to reach adult exercisers across target segments.

We produced and syndicated a long form video series that followed Olympic speedskater Apolo Ohno and Women's Health Magazine Fitness Director Jen Ator on an epic, life-changing journey to transform them into IRONMAN triathletes. The series captured the challenges they faced – and showcased the role that chocolate milk played in their recovery. Specifically, the objectives included:

Our winning program strategy consisted of:

Partnered with IRONMAN to provide a credible third party endorsement.

Negotiated an in-kind partnership with Women's Health magazine to broaden the reach to millions of active-minded women.

Produced a webisode series that followed them on their journey to conquer the 140.6-mile IRONMAN World Championship triathlon.

Leveraged key milestones of the journey with media.

Partnered with pro IRONMAN athletes to validate the credibility of refueling with chocolate milk.

To bring the chocolate milk science to life, we engaged exercisers via traditional and digital channels in various ways:

Published compelling content to share our story: Cameras followed Ohno and Ator during their six-month journey through the Mission Apolo: BUILT WITH CHOCOLATE MILK web series.

Across all audiences research has shown awareness has significantly improved:

Adult exercisers aware of the campaign are 52% more likely to agree with the benefit of chocolate milk helping them to recover after exercise than those unaware (Radius research, Q3'14).

The campaign awareness has had a positive effect on moving chocolate milk consumption: 17% of adult exercisers who are aware of the campaign had consumed milk in the past day, compared to 6% of those who were unaware of the campaign (Radius research, Q3'14). According to USDA and IRI data, single serve flavored milk convenience store sales (where exercisers typically purchase chocolate milk) were consistently up year-on-year in 2014, despite prices 10% higher. 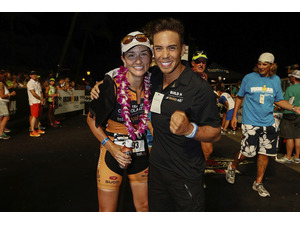