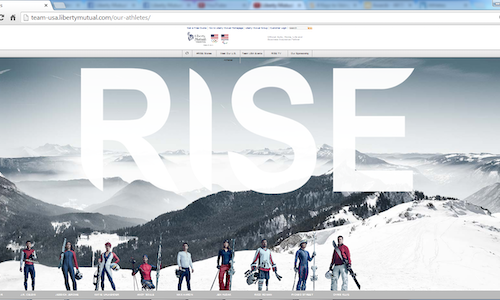 Liberty Mutual's RISE campaign used social media to combine the brand's role as official sponsors of Team USA in the 2014 Winter Olympic Games with the brand promise ("We believe with every setback, there's a chance to come back") through a series of videos profiling the personal comeback stories of ten current and former Team USA Olympic stars. In the months leading up to the Olympic Games, Liberty Mutual unveiled these short films through social channels and on the RISE website- dedicating a week in social to one athlete, complete with a takeover of the Liberty Mutual Facebook cover photo, Twitter skin, and YouTube skin all highlighting the athlete's compelling "RISE" story.

In early 2013, Liberty Mutual Insurance announced its sponsorship of the U.S. Olympic and Paralympic Teams for the 2014 Olympic Winter Games in Sochi and the 2016 Olympic Games in Rio. With less than a year before the Olympic Winter Games in Sochi, the challenge was to quickly activate a campaign that aligned with our sponsorship and brand while creating more engagement on our social media channels. The biggest challenge; however, was tying insurance to our support of Team USA at the Olympics- what does insurance have to do with sports and competition?

In sports, as in life, good things don't come easy. We get knocked down, and we have to get back up. Making it to the Olympic and Paralympic Winter Games as a Team USA athlete requires the ability to come back time and time again, with extraordinary discipline, determination, and the help of coaches, friends, family, and fellow athletes. At Liberty Mutual, we help our personal business customers come back every day, whether from minor accidents or major catastrophes to help make sure they can continue their journeys. From this, the "RISE" campaign was born.

Liberty Mutual partnered with ten Team USA athletes. Each athlete was selected based on his/her compelling comeback story. We had a mix of Olympic legends, Olympic hopefuls, and Paralympic athletes. The adversity our athletes faced varied from near-career-ending injuries to personal setbacks such as the death of a parent or loved one. We interviewed each athlete to capture their story in their hometowns or training locations and also spoke with their support team- coaches, mentors, and family.

From these interviews, we developed three films for each athlete: one longer anthem telling their entire story, a :30 video of the athlete sharing who or what inspires them to RISE, and a :30 video of the athlete sharing their thoughts on their comeback trail. The videos were launched in social and housed on both YouTube and a dedicated Team USA RISE section of LibertyMutual.com. A different athlete was featured each week kicking off with their anthem video, and throughout the week we shared the shorter videos and old photos for "Throw Back Thursdays" (#TBT). Additional tactics included hosting five Google+ Hangouts with our athletes to give consumers yet another way to engage using crowd sourced questions.

Why were the videos so well received? A combination of factors contributed to the success of "RISE." The stories were so emotional and compelling and resonated with consumers- many who were hearing them for the first time. Launching the videos well before the Games also worked in our favor as we could capture a large presence in early Olympics social conversations with relevant athletes already being profiled on NBC and its affiliates.

In addition to the videos and Google+ Hangouts, our Team USA online hub featured behind-the-scenes footage of our athletes training, a Spotify playlist of their favorite training songs, infographics highlighting their sports and downloadable wall papers. 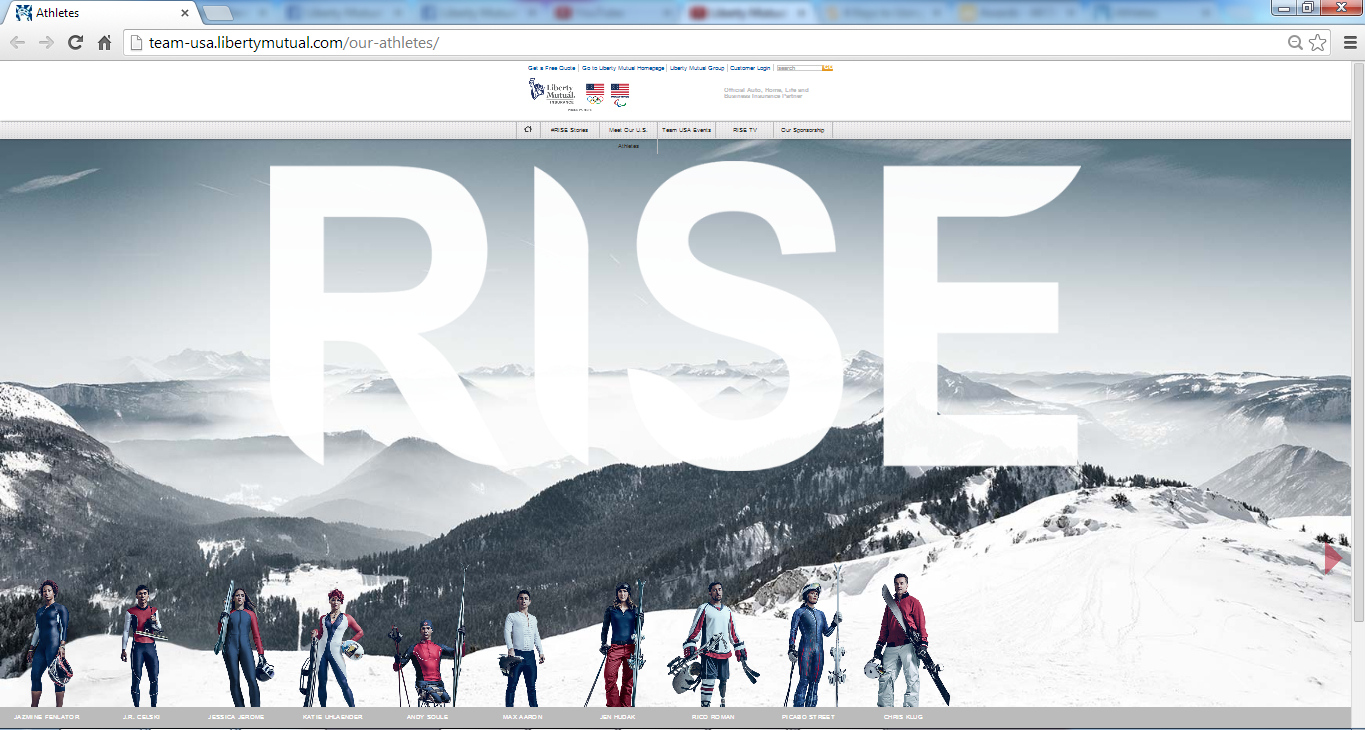 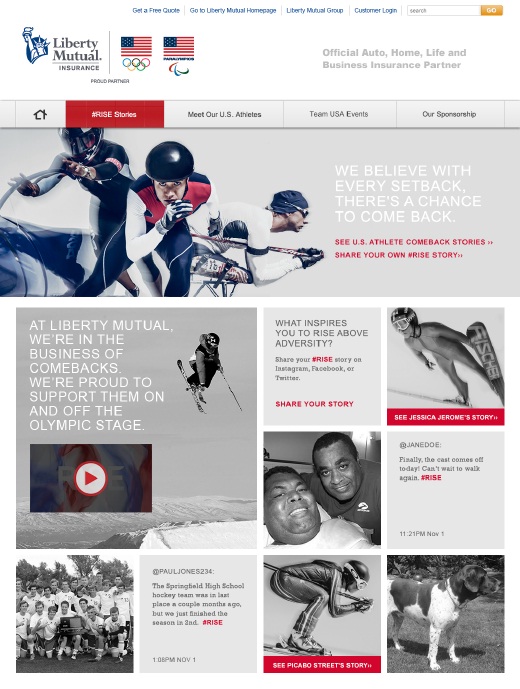