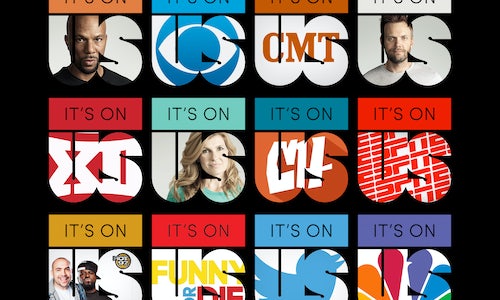 It’s On Us: The Campaign to End Sexual Assault on College Campuses

The campaign was unveiled at the White House by President Barack Obama and Vice President Joe Biden. Celebrities including Jon Hamm, Kerry Washington, Questlove, First Lady Michelle Obama, and many others tweeted about the campaign to over 33 million followers making it a Twitter Trending Topic twice, as well as the #1 Trending Topic Worldwide when President Obama introduced millions to IT'S ON US during the 2015 Grammys broadcast.

The cross-platform campaign included social, digital, print and broadcast elements, and live event activations, all driving signatures toward an online pledge devoted to ending sexual assault on college campuses. The pledge and organizing tools lived alongside tools to transform profile pictures into IT'S ON US logos to show support. We have hundreds of thousands of universities, Fortune 500 companies, celebrities and the broader community signed on and saying "IT'S ON US."

Studies estimate that one in five women are sexually assaulted while in college. Most often, the act occurs in her freshman or sophomore year, usually by someone she knows. And only 13 percent of rape survivors report their assault. The culture of violence and silence at our college campuses contradicts everything we stand for as a country.

Mekanism created the IT'S ON US brand, concept, logo and architecture. We launched with a PSA that was the #1 video on YouTube with over 3 million views. Celebrities and athletes like Jon Hamm, Kerry Washington, Questlove, Kevin Love, Joel McHale, and many others tweeted to more than 33 million followers on Twitter, and reached millions more through Facebook and Instagram. We have created two Twitter Trending Topics and have over 2 billion in total impressions.

The ad led to our website, where anyone can take the pledge to stand against sexual assault. Once the pledge is taken, the user's profile turns into a viral badge that promotes the campaign. IT'S ON US also provides organizing tools for campuses and communities that inform and educate about sexual assault. Thousands of universities have taken the pledge, ordered our t-shirts and created their own PSAs featuring campus leaders.

IT'S ON US to realize we all have a role to play in preventing sexual assault. IT'S ON US to embrace the responsibility we have to stand up for the safety of those around us—to challenge each other to do everything we can to make our college campuses safe.

This is just the beginning. There are years of work left to win this fight and millions more will sign the pledge to be a part of the solution.

Video for It’s On Us: The Campaign to End Sexual Assault on College Campuses 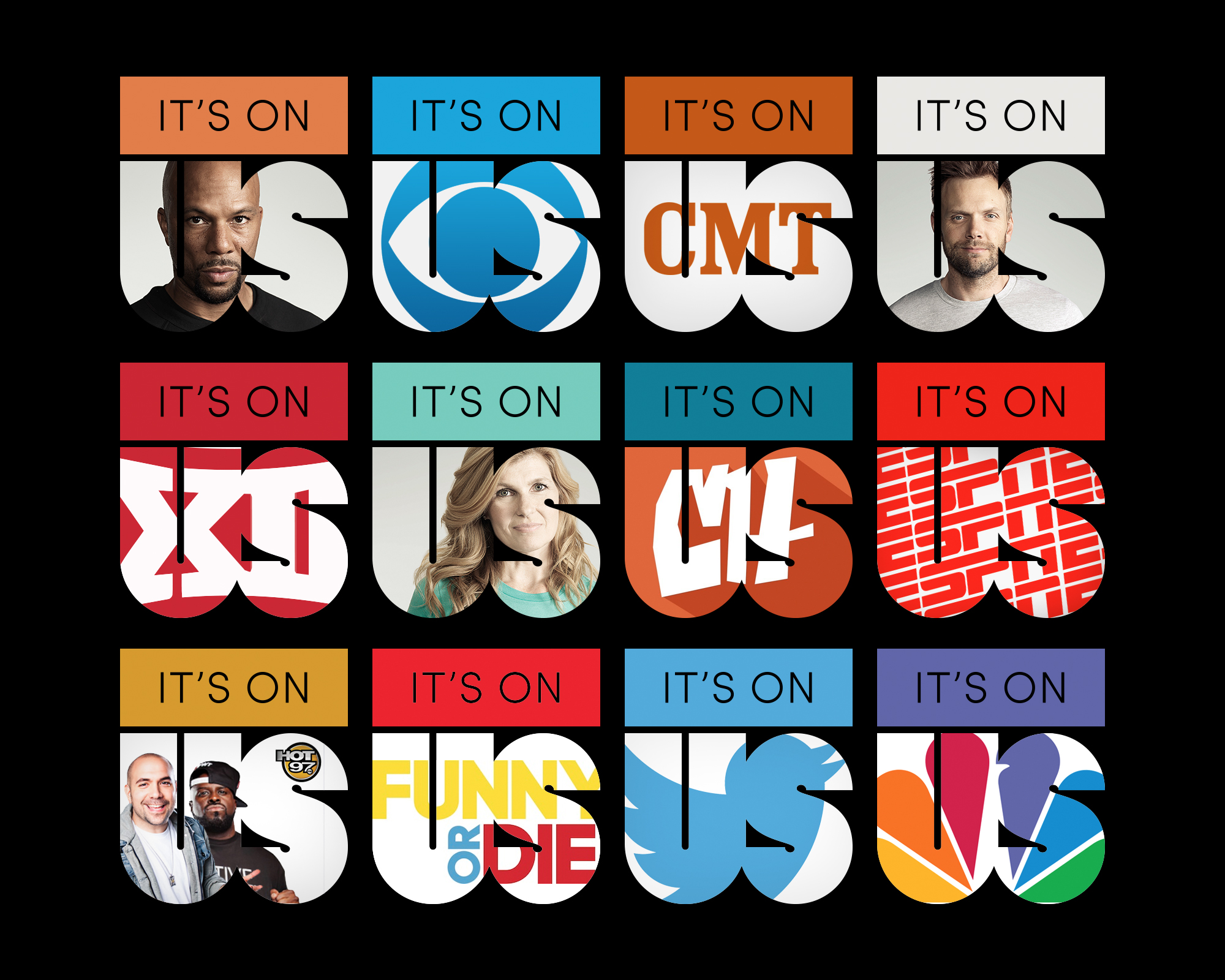 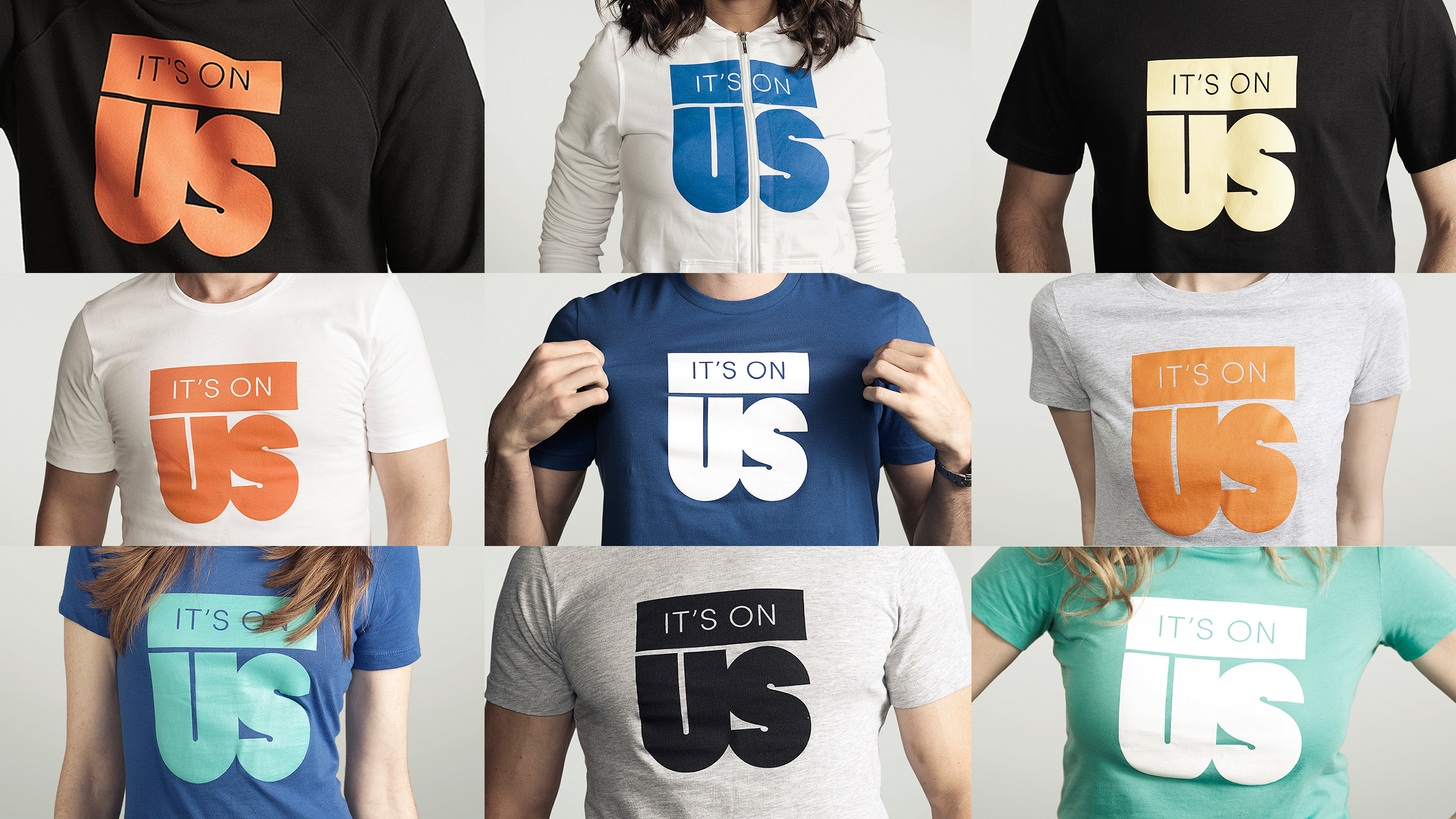 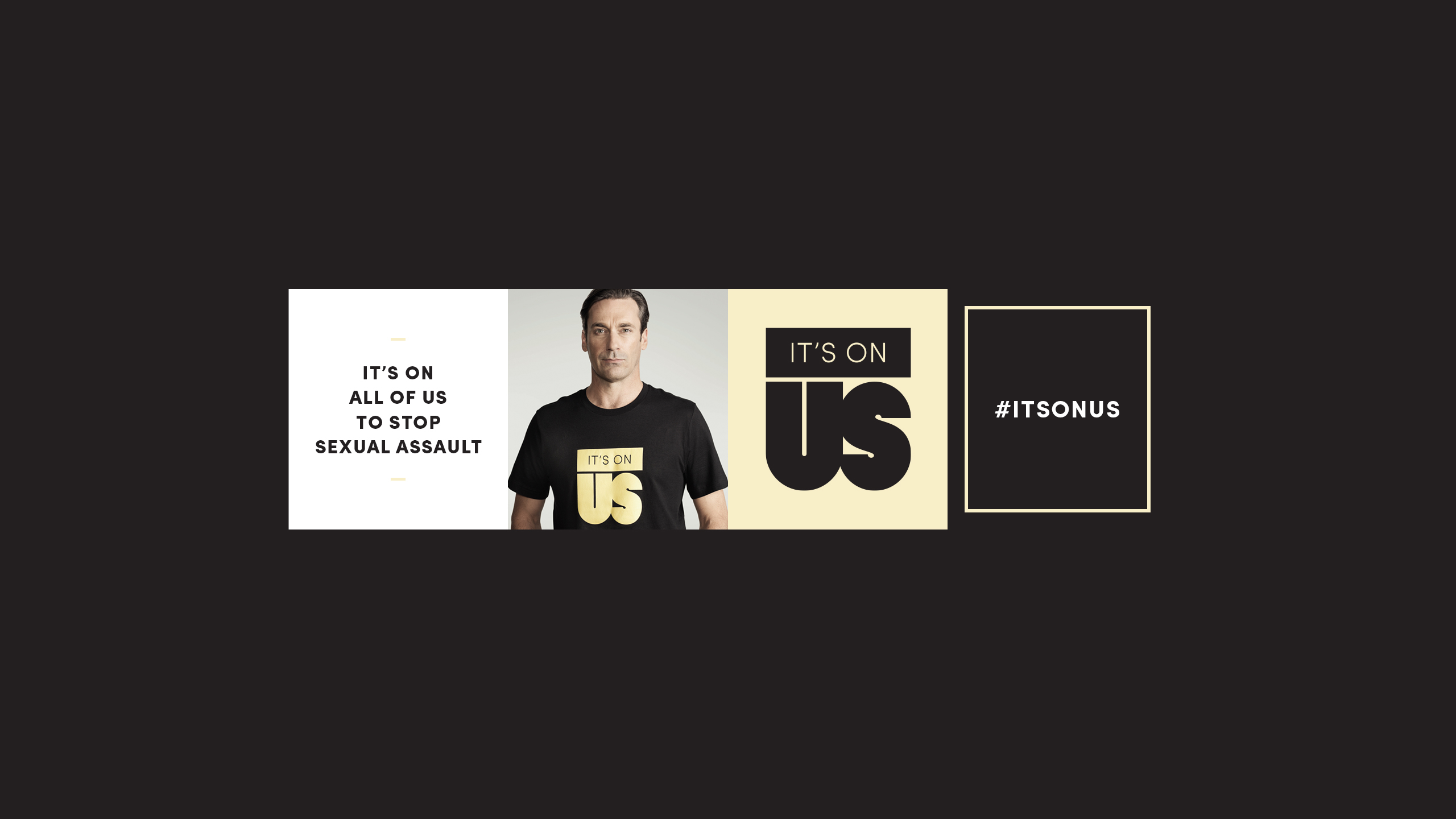 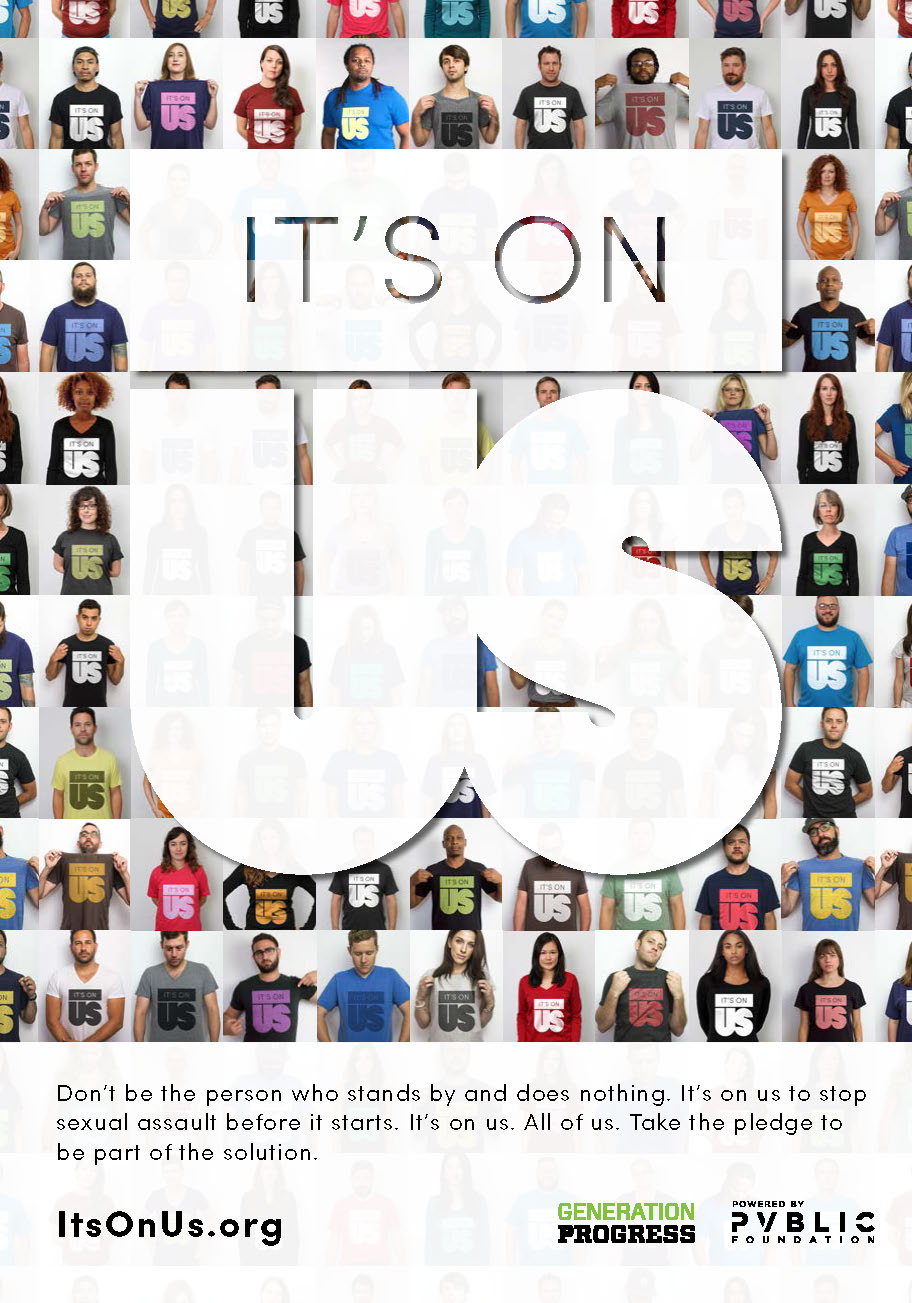 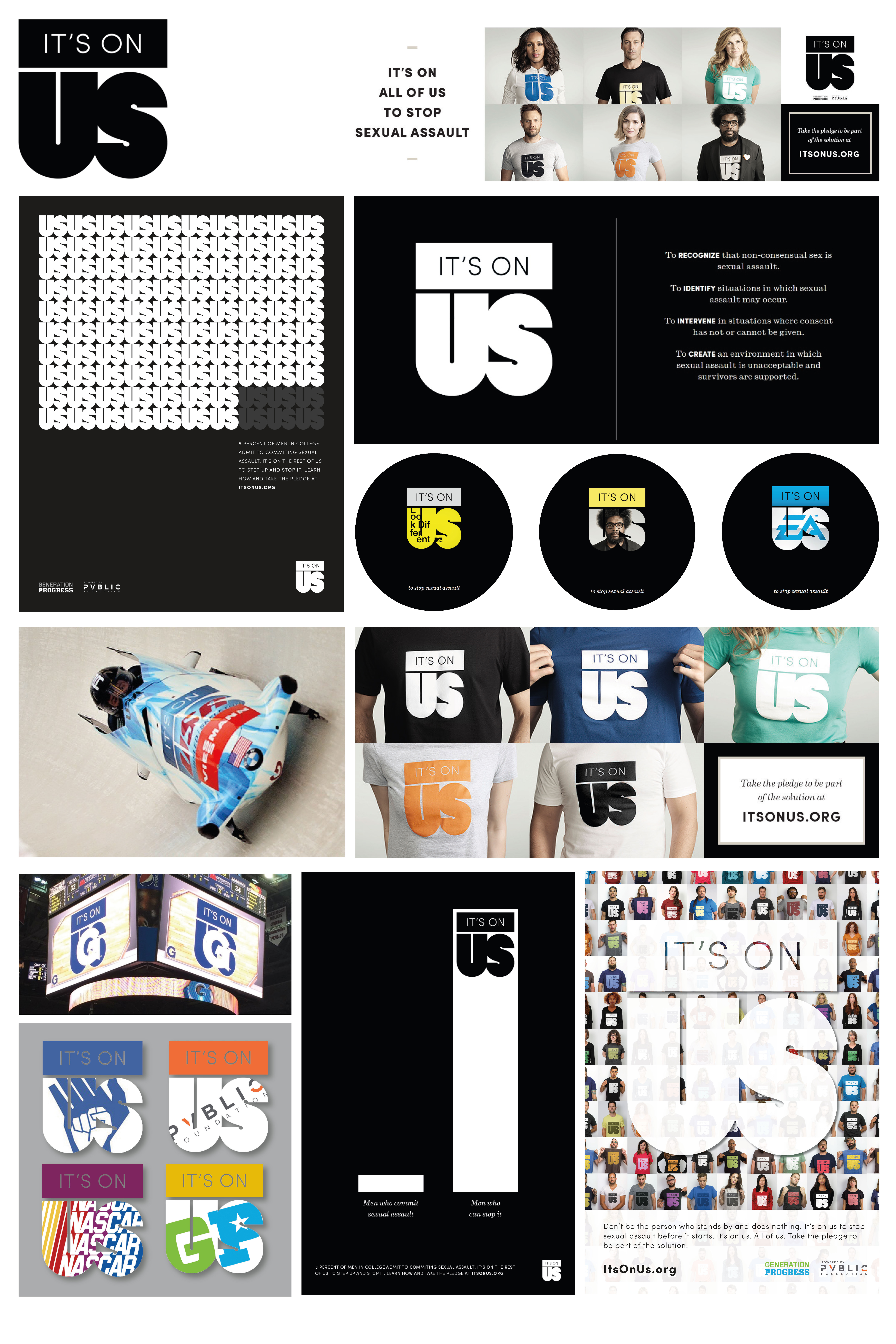