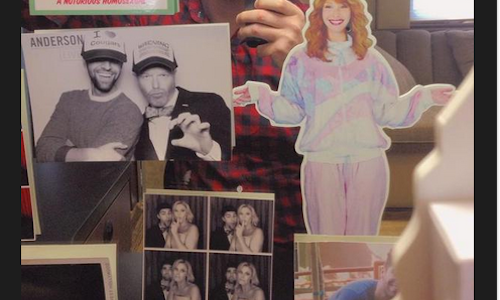 Valerie Cherish came back! The character that Lisa Kudrow embodied so well in the first—and only—season of HBO's The Comeback returned for a second season almost ten years later. So HBO and GLOW not only brought her into this decade, we also rekindled the latent love for the show with over 100 well-known influencers and celebrities. Together, HBO and GLOW devised an attention grabbing mailing of Valerie 18"-tall cardboard cutouts, complete with personalized audio messages for the top 30 recipients voiced by Lisa Kudrow as her character. Talent participation, especially her willingness and creativity to put hilarious words in Valerie Cherish's mouth, made the crucial difference and helped drive recipients to take action over their precious social networks. It also cleverly put celebrities and influencers on the receiving end of the campaign, ultimately creating that invaluable celebrity-endorsed public buzz to help grow awareness.

The final product just begged for a selfie shot alongside Val and a social media shout out. Despite all her "notes to self" about what she doesn't need ("Note to self: I don't need to see that!" is her classic refrain), HBO and GLOW's #ValerieSelfie got Ms. Cherish and The Comeback the attention they deserved with likes of Anderson Cooper, Lena Dunham, Jesse Tyler Ferguson, Jane Lynch, Abbi Jacobson of Broad City, Dan Savage and Paul Scheer among many others.

HBO and GLOW's #ValerieSelfie campaign for The Comeback pitch-perfectly played up the satirical ethos of the show with a wink to those in the know. With only one season under its belt and after nine years of being off the air—pretty much before social media was a thing—the show was in need of being made relevant to potential new fans and feeling fresh to existing ones.

With those challenges in mind, HBO and GLOW landed on a talent and celebrity driven campaign that would bring Valerie Cherish, albeit a flat, smaller version of her, into the offices and homes of popular personalities, celebrities and tastemakers in the world of media and entertainment today. Taking its cue from the viral popularity of the world worldwide phenomenon of "Flat Stanley," the cutout of Valerie Cherish—wearing the iconic tracksuit her character "Aunt Sassy" dons in the show—cut (pun intended) through the clutter that inundates influencers' mailboxes and got their attention.

How do we know?

Because they shared their love for Valerie and the show on Twitter, Instagram and Facebook. In fact, Anderson Cooper dedicated his "RidicuList" segment on AC360 for a full three minutes, praising the PR people (in this case, HBO and GLOW) for coming up with something that got him "hook, line and sinker." (He also happens to be a huge fan of the show and called it "one of the funniest most brilliant shows ever" in the same segment.)

Jane Lynch posted her personalized message from Valerie Cherish on YouTube and tweeted it. Jenni Konner confessed over Twitter that the message from Valerie Cherish was the best thing that has ever happened to her (and she has children and is the Executive Producer of Girls). Gotham actor Robin Lord Taylor tweeted that "Xmas came early!" for him. Modern Family's Jesse Tyler Ferguson, Pitch Perfect star Anna Camp, co-creator and co-star of Broad City, Abbi Jacobson, actors Paul Scheer, Marla Sokoloff and Kathy Najimy, among many others, took their selfies with Val and went to town on Twitter. Girls star Zosia Mamet confessed to having her Valerie Cherish cardboard cutout in her kitchen in an interview in Brooklyn magazine.

What resulted was an organic, fun, unique and successful celebrity-driven word-of-mouth campaign that created buzz around the show prior to launch and kept The Comeback top of mind with key influencers who could generate excitement with their fanbases. 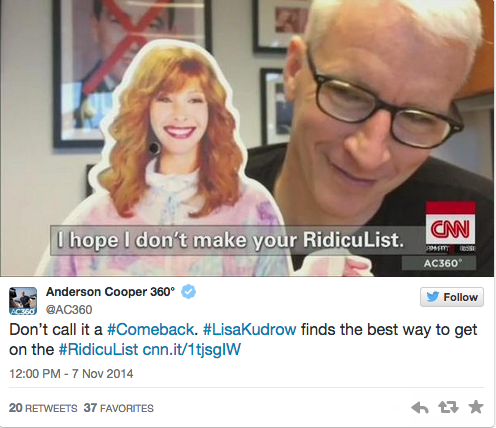 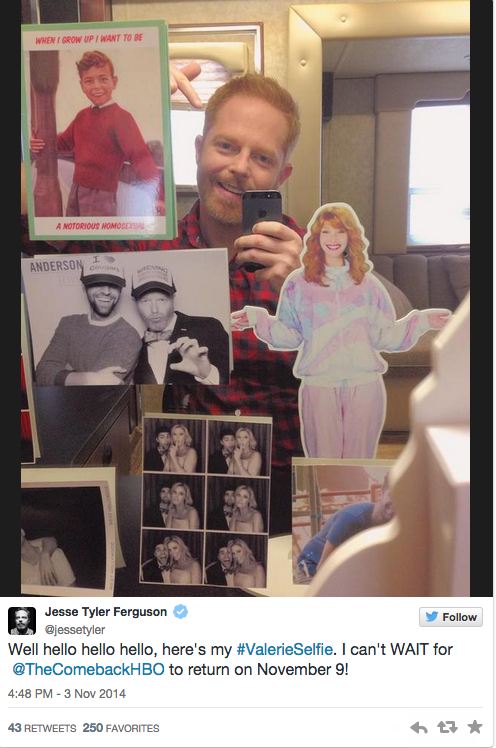 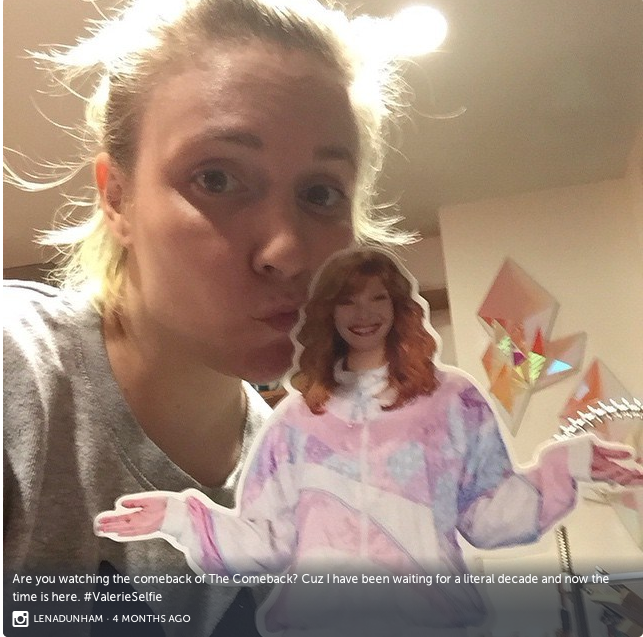