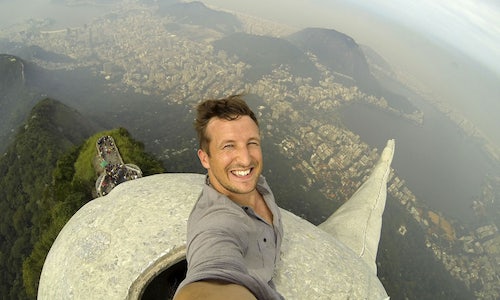 First Ever Selfie with Jesus

Winner in Photography and Graphics

In our first year of business and no budget, we were desperate for brand exposure. We wanted to demonstrate to our early adopters that we are a new breed of travel company, specialising in remarkable, unique and life-enhancing holidays.

Lee Thompson, co-founder and professional photographer knew the power of image. With all eyes on Brazil for the World Cup, we saw the perfect opportunity. In May 2014, we decided to take advantage of the Selfie craze and came up with the idea to take 'The First Ever Selfie With Jesus'. Lee was the first person ever, to climb inside the Christ the Redeemer statue in Rio and snap an epic, stomach-churning self-portrait from the very top.

To build up excitement and maximum exposure, we released the image on social media two weeks before the World Cup along with a press release highlighting key brand messages. Readers were deliberately directed back to The Flash Pack website for the full story, video footage and unreleased images.

Within 24 hours the story had gone viral online. It was trending on Facebook, Twitter and Instagram. The campaign generated well over 100 million views and 2 million visits to our website within 4 days. We were covered by all major UK, US, Australian, New Zealand and European press, major bloggers and social media influencers.

The objectives of the First Ever Selfie With Jesus Campaign were:

Lee was the first person in the world to take a selfie from the very top of Christ the Redeemer statue in Rio. The image was highly emotive, shareable and capitalised on the 'dangerous selfie' craze. The image was intentionally released two weeks before the World Cup to leverage the hype and excitement that was already building. Exclusive video footage was created along side the photos to take advantage of all social media platforms. A select number of photos were released to the press and extra images and 'the full story' was held back and reported on The Flash Pack blog to drive traffic.

Posts generated thousands of positive conversations about our image and brand. Follower comments included "Travel is all about those priceless moments! Epic selfie @theflashpack" "So impressed with The Flash Pack and their perspective on #moments #life #justdoit" "most epic selfie ever"

The Flash Pack became a global business within a week, attracting customers from US, UK, Europe and Australia, something that would have taken years to achieve.

Video for First Ever Selfie with Jesus 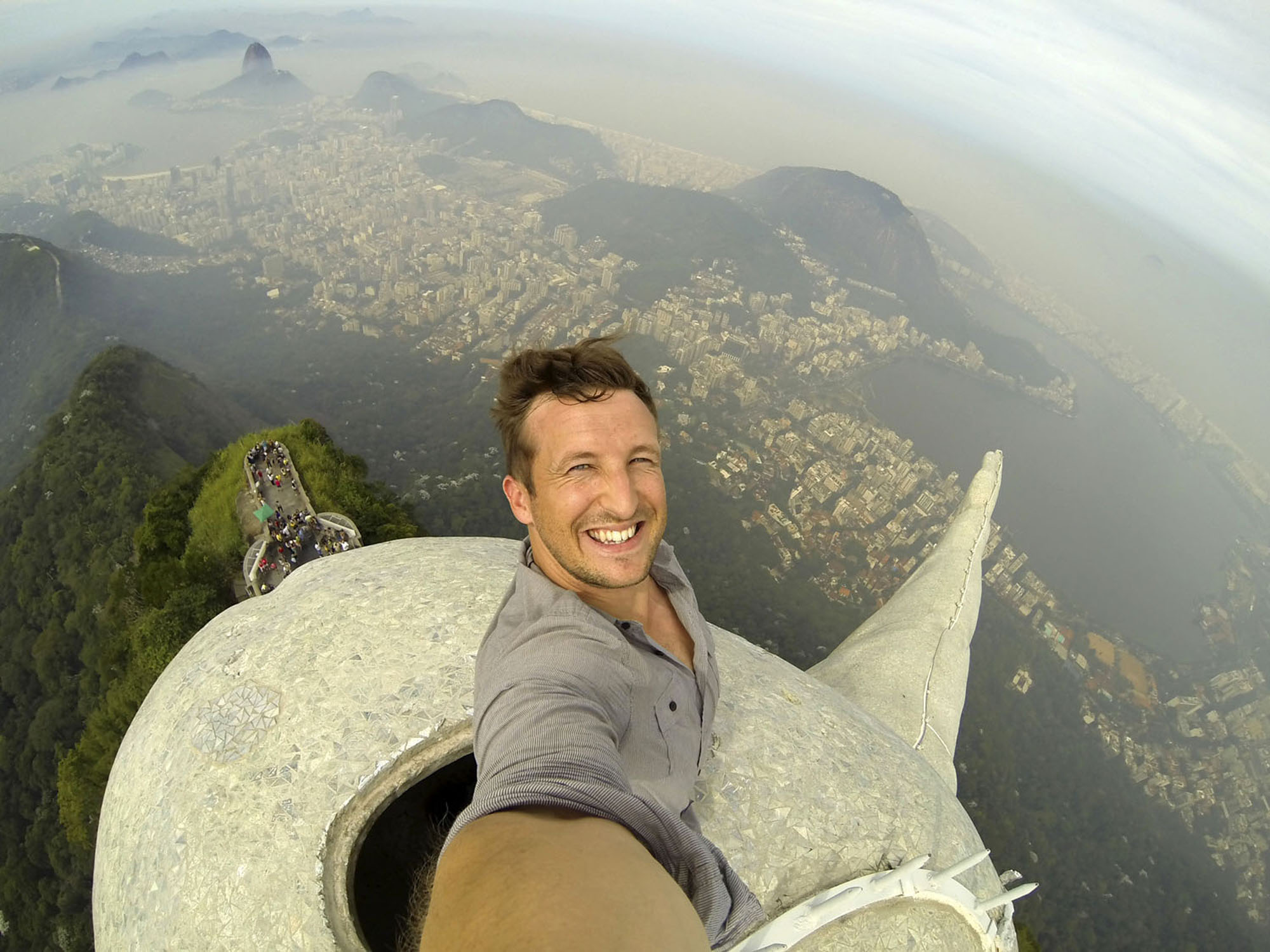 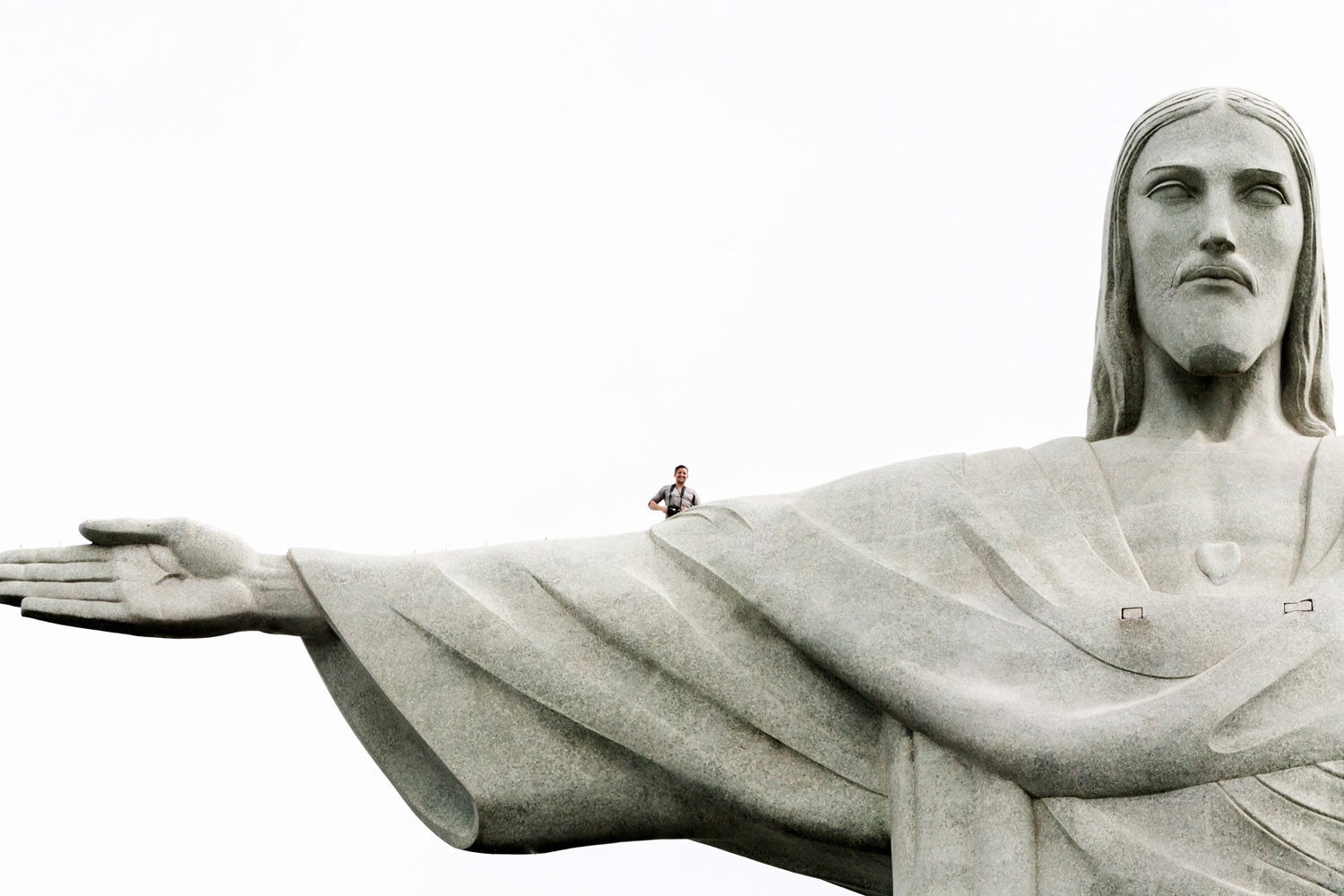 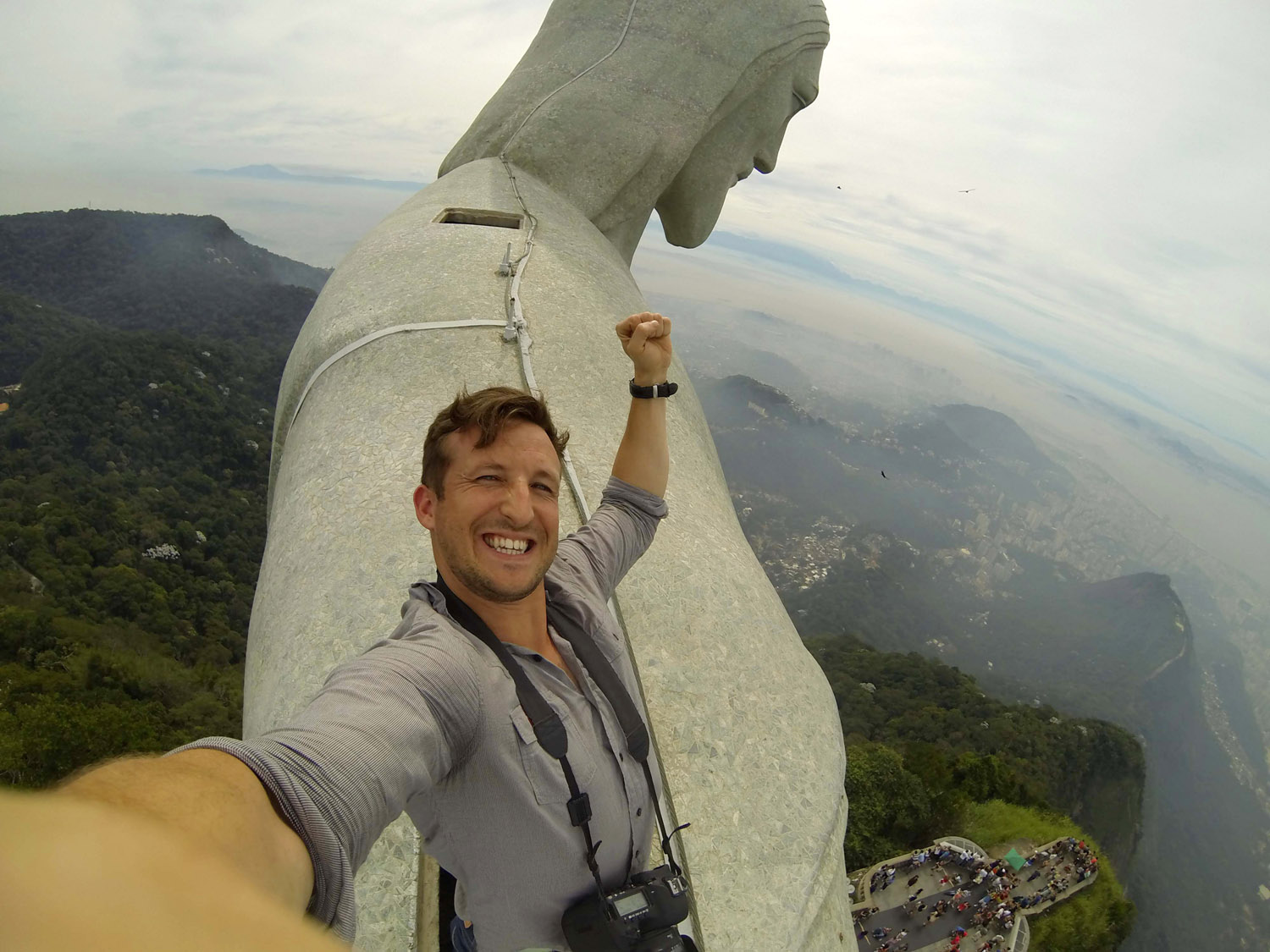 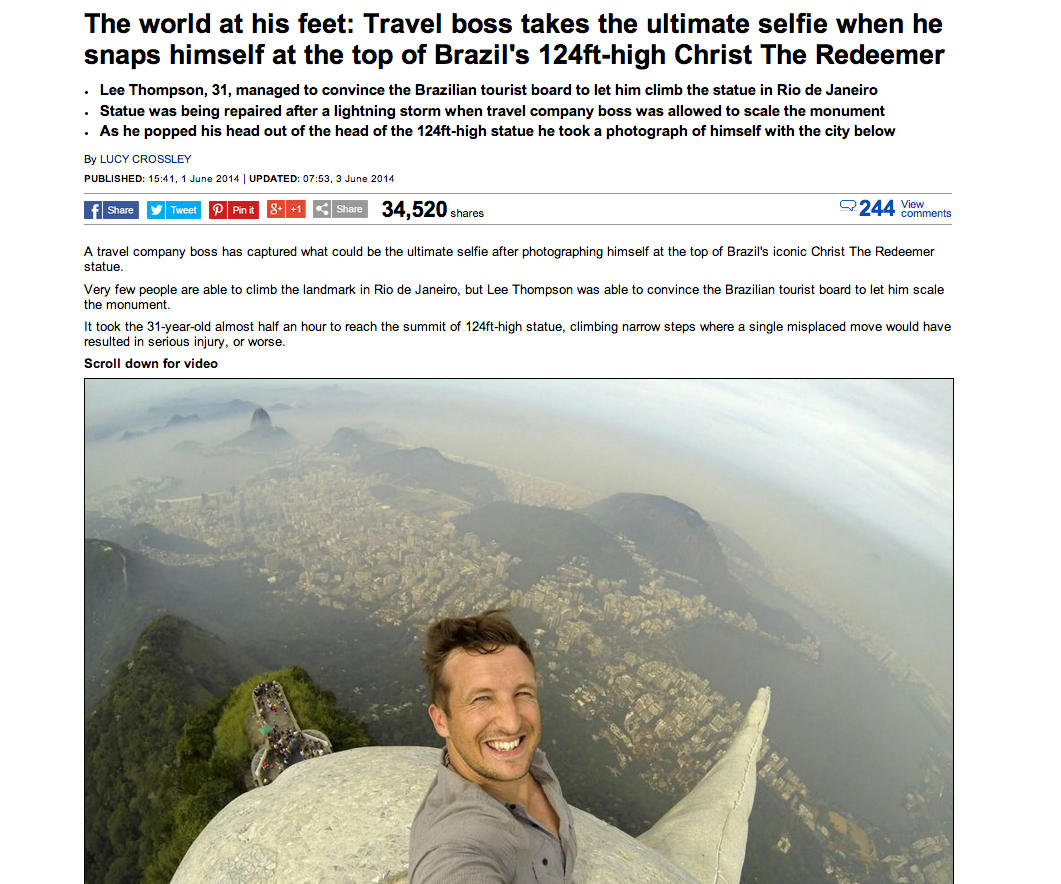 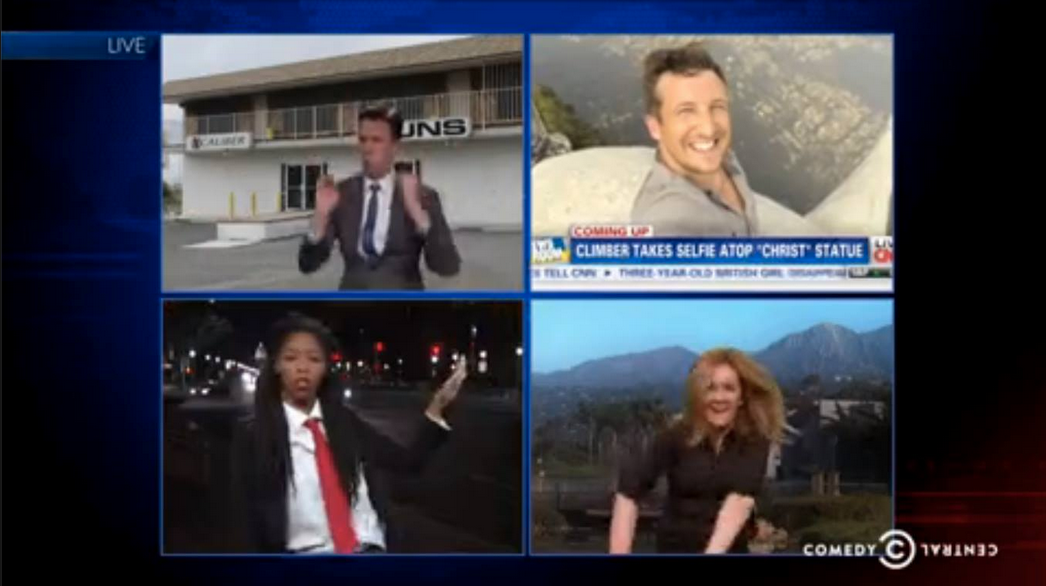 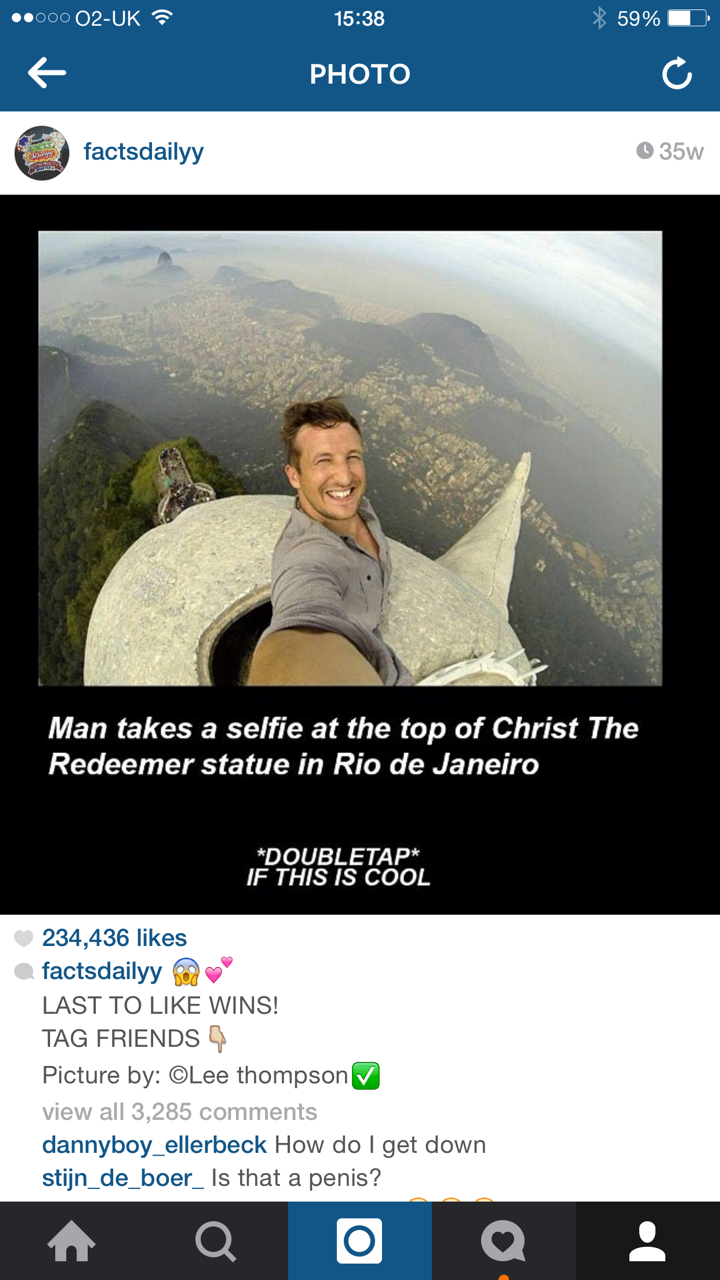 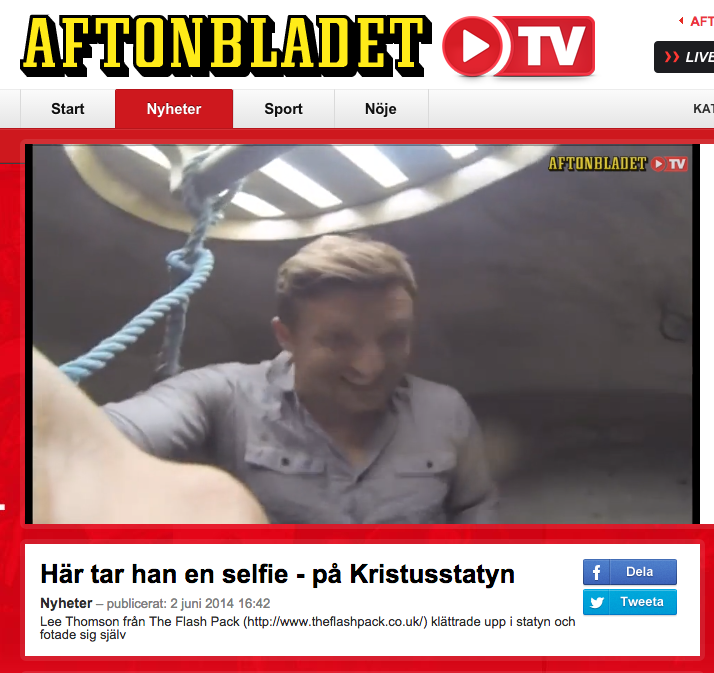 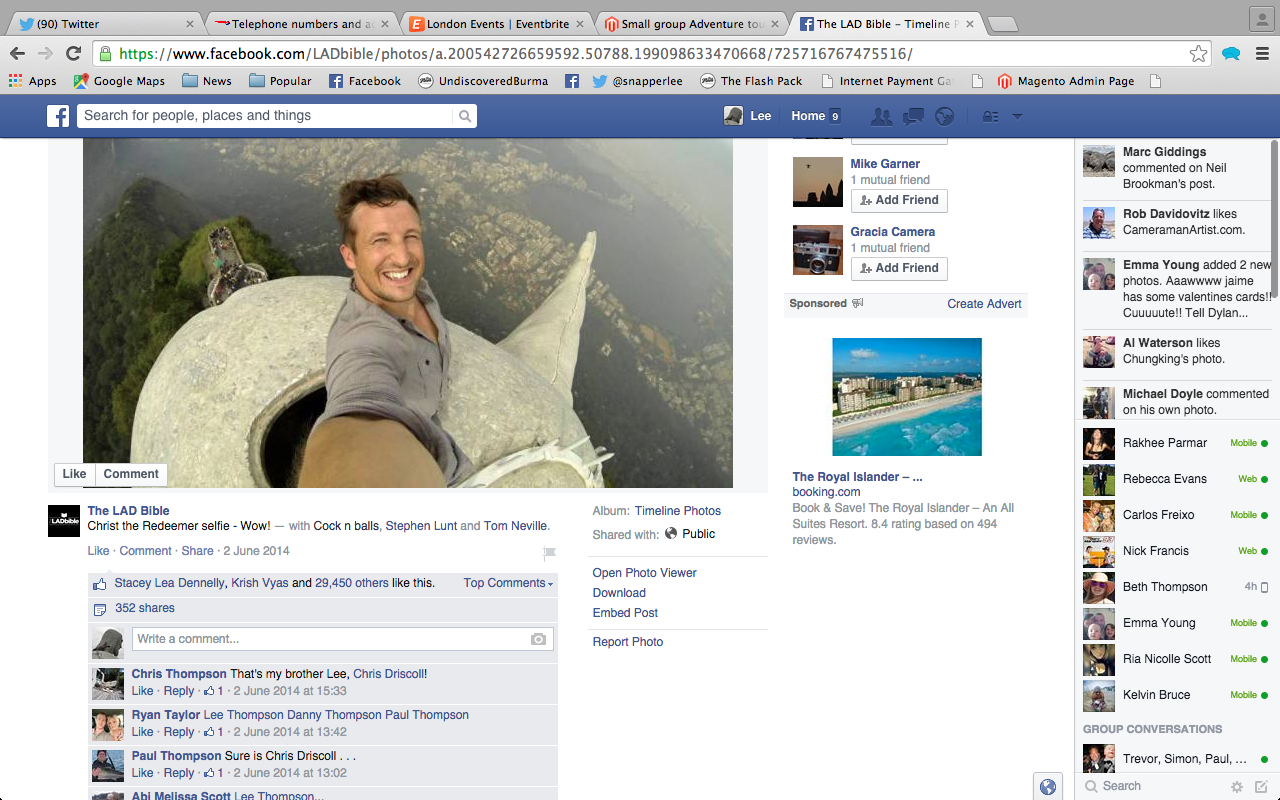 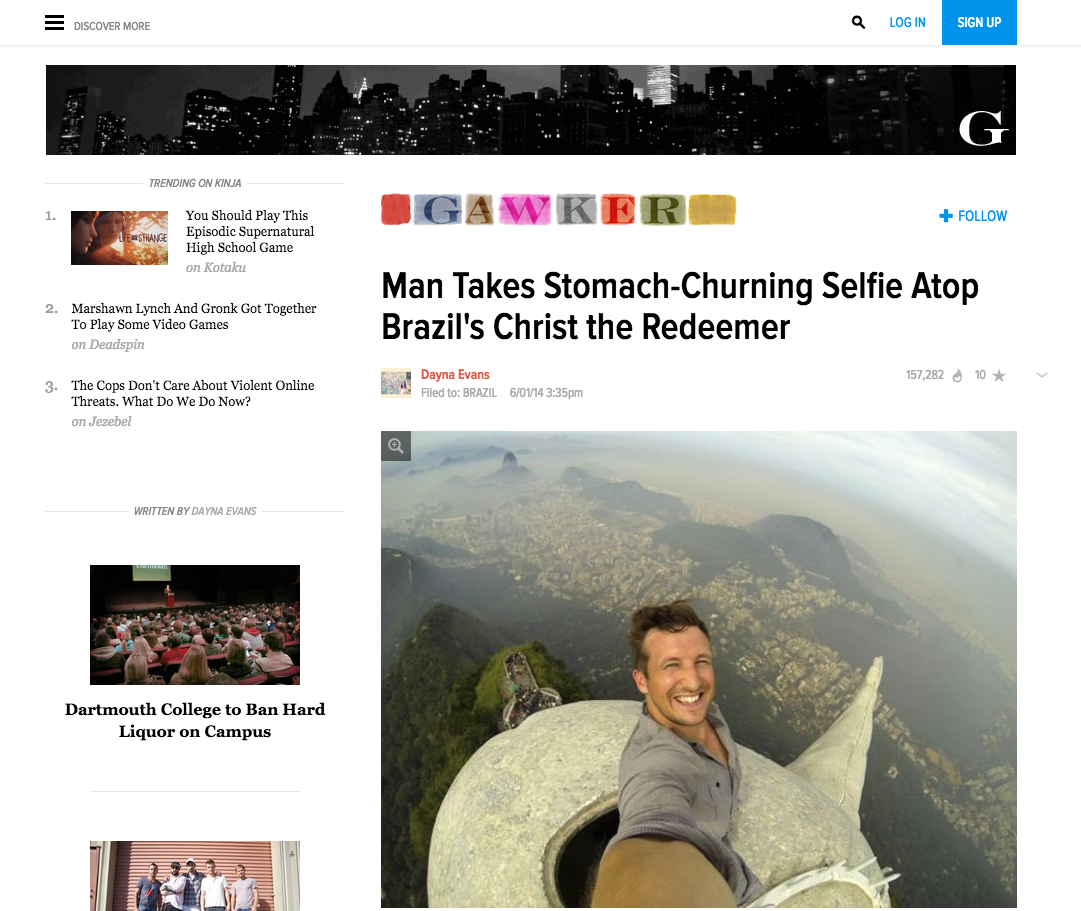 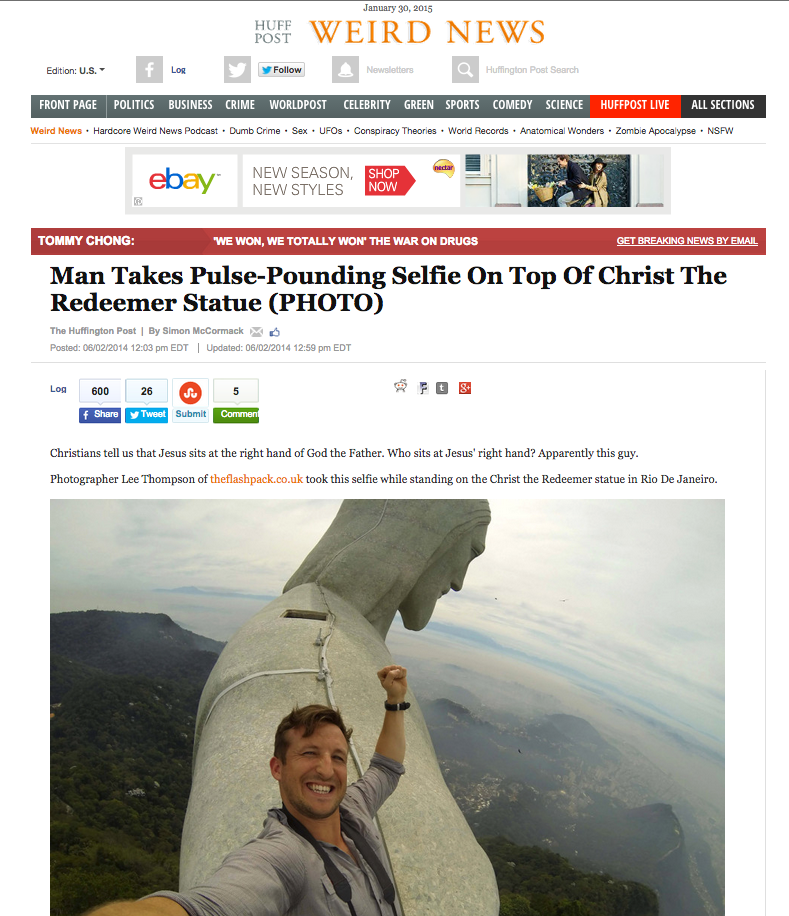 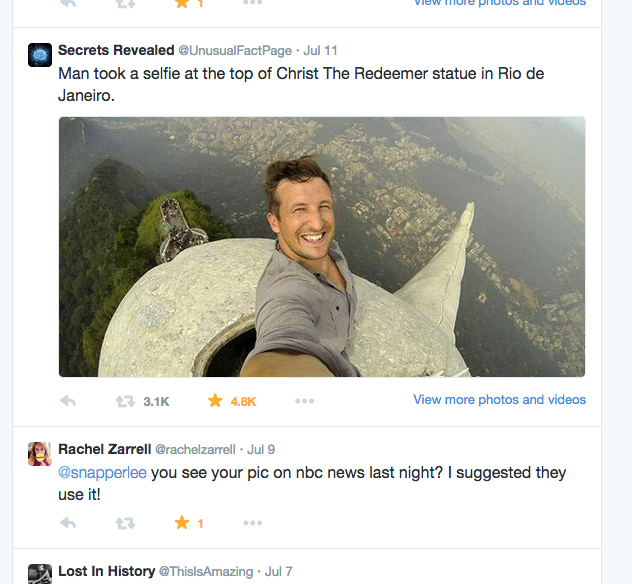 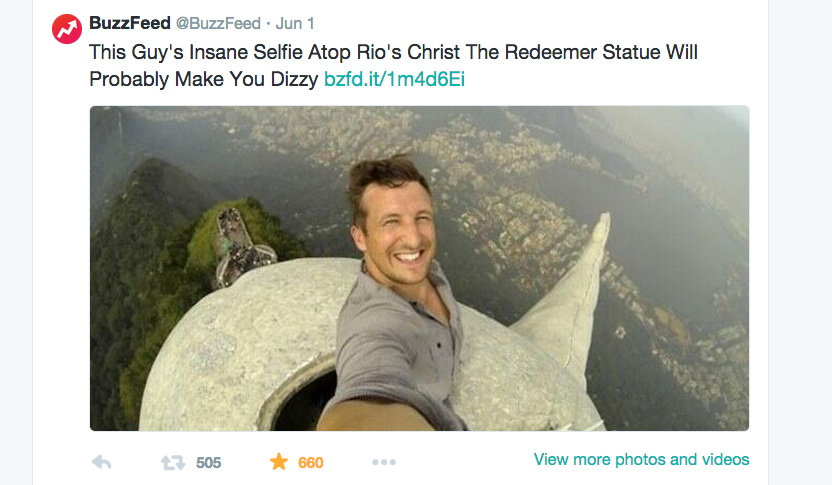 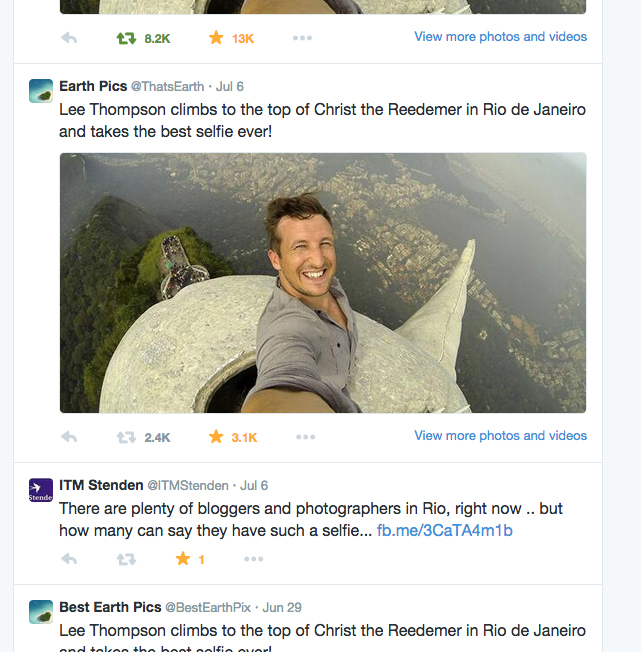 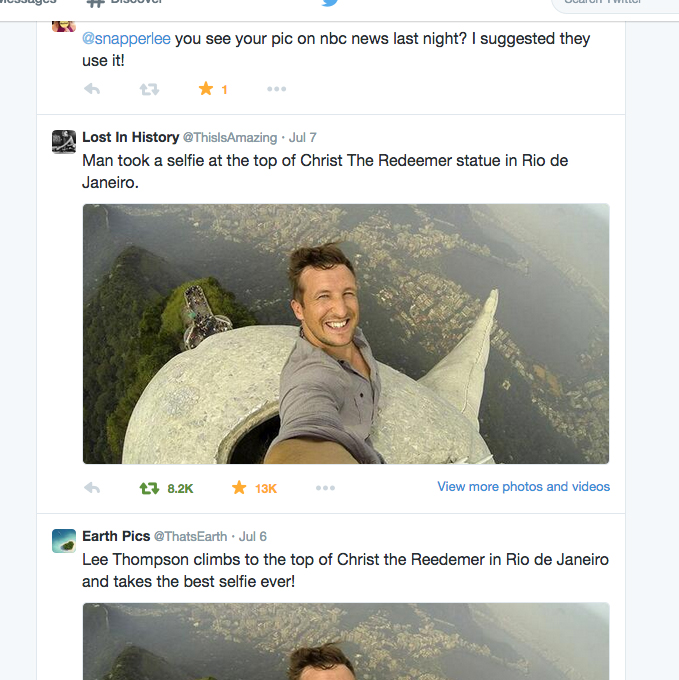 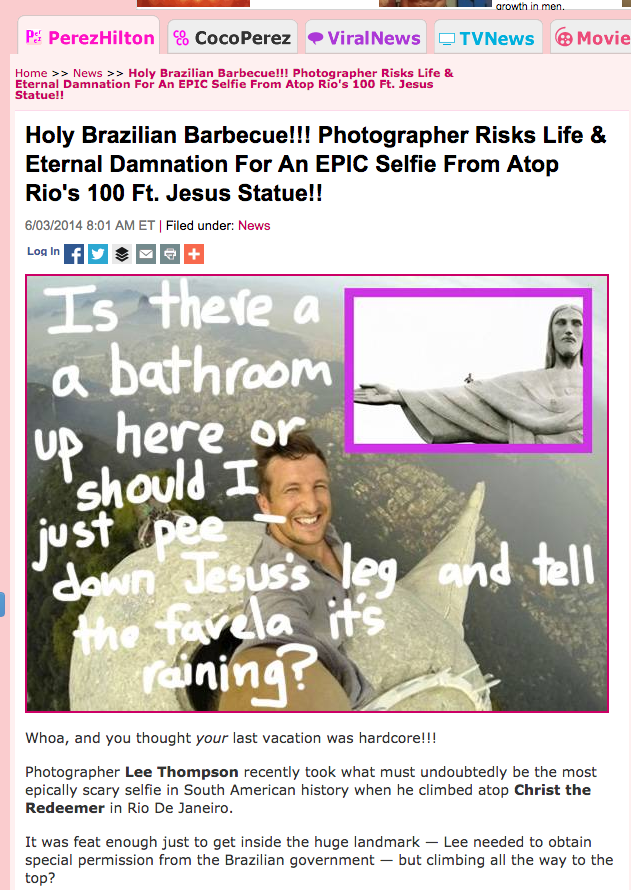 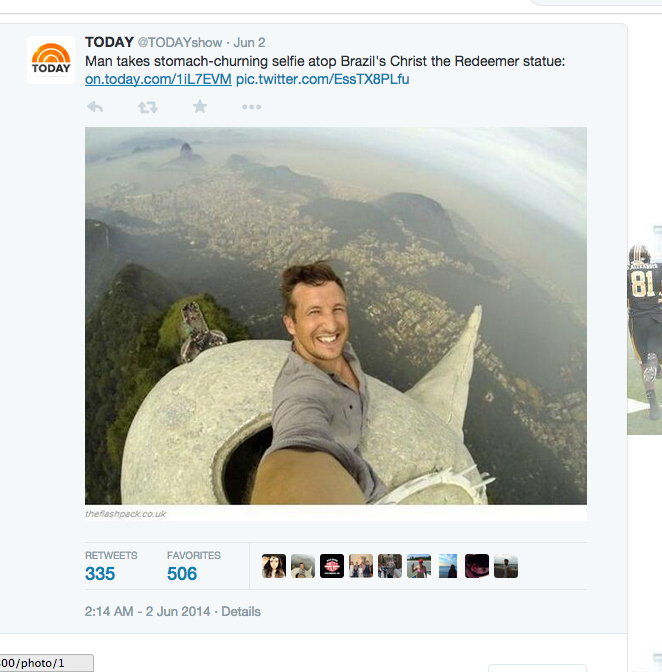 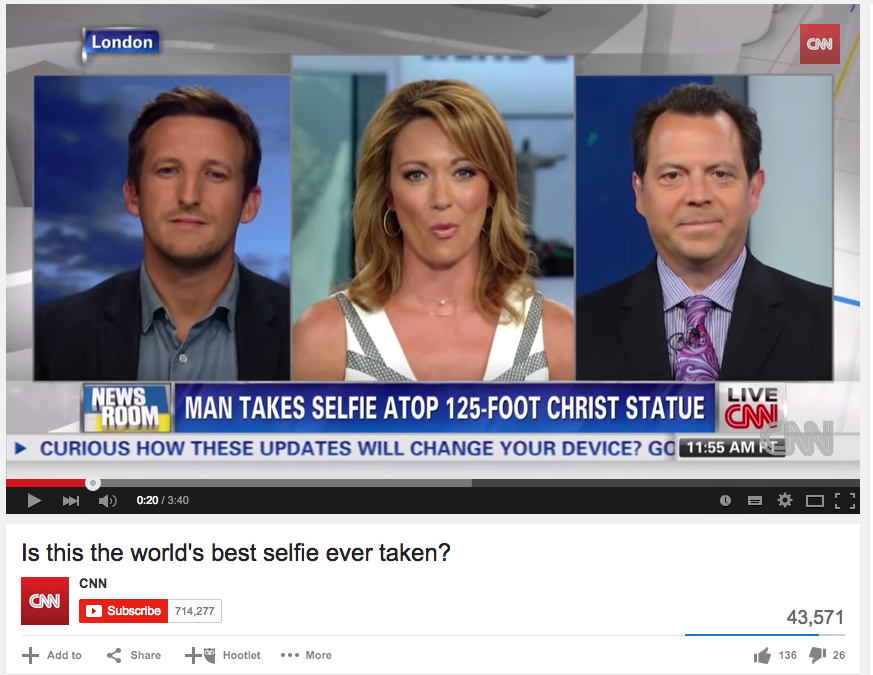