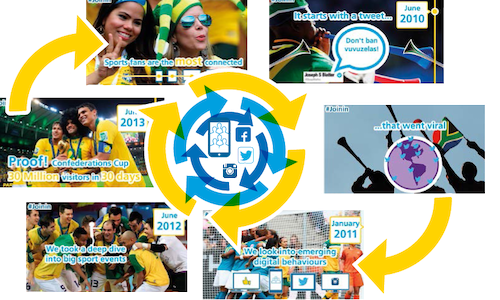 OBJECTIVES
FIFA's aim was to utilise technology in order to provide a seamless user experience for the world's greatest sporting event to a demanding, global digital World Cup audience.

CONTEXT
The Global Stadium provided the context for all social activity throughout the 2014 FIFA World Cup. This was achieved by creating a definitive messaging toolkit focused on the following components:

EXECUTION
The Global Stadium needed a visual identity to drive awareness and change perceptions applied to all social media communications.

6000+ content produced and published in six languages during the tournament, punctuated by real time action and events on and off the field.

100+ Daily short form infographic templates, produced in six languages, used every day of the tournament to create a cumulative awareness of the Global Stadium.

Global Stadium guides, near-live graphics and sentiment posts were shared with fans along with Big Numbers infographics, minutes after the final whistle of the World Cup final.

Social media is now less about the delivery platform and much more about the content that travels there.

The Global Stadium is the product of three years of iterative research into the changing habits of sports fans in the digital context. We learned that sports fans preferred the app to the mobile web experience, which meant they returned more frequently and because of their personal connection to sport through social media - they had an appetite to consume more content than ever before.

We assessed large-scale sporting events, like the Super Bowl and the London 2012 Olympics in order to learn more about what made sports fans so engaged. Personalised sports content was the answer, especially if it enabled the audience to keep connected. Sports audiences were hyper engaged, demanding constant opportunities to consume the content they love, increasingly on mobile and always on social media.

By the beginning of 2014, FIFA had launched consumer-facing social and mobile platforms, which now needed a destination that would adjust perceptions of FIFA forever. The following newspaper articles reached 100 million readers the day after the World Cup final when Germany beat Argentina at the Maracana stadium in Rio.

On 14 July, Stuart Elliott, Advertising Columnist for the New York Times wrote:
"'World Cup fever in the United States is reflected in the fifa.com audience figures, where 42 million fans from the U.S.A. engaged on our platforms,' Sepp Blatter, president of FIFA, said in an email, and more than a billion fans used the organization's live digital platforms, billed as FIFA's Global Stadium, from June through Sunday."

Meanwhile, across the Atlantic, The Daily Telegraph's Chief Sports Writer, Paul Hayward had this to say:

"'Global Stadium' is a phrase you will be hearing a lot from now on. It is FIFA's giddy marketing term to describe a World Cup that is everywhere and nowhere. It lives on smart phones, in video clips, Twitter blizzards and Facebook shares. The stadiums could be anywhere."

The total attendance of the Global Stadium was 1 billion, which is 13,380 times the capacity of the Maracanã, the venue of the 2014 World Cup Final. 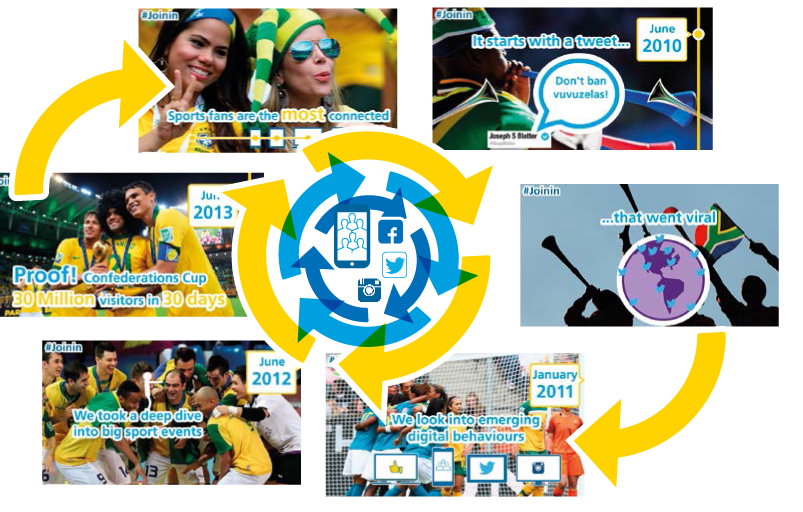 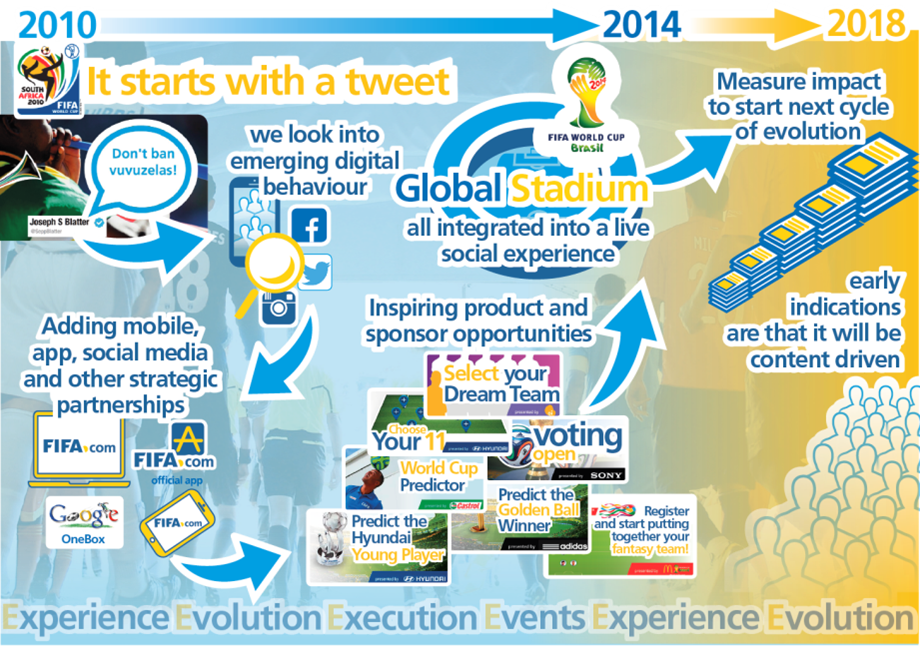 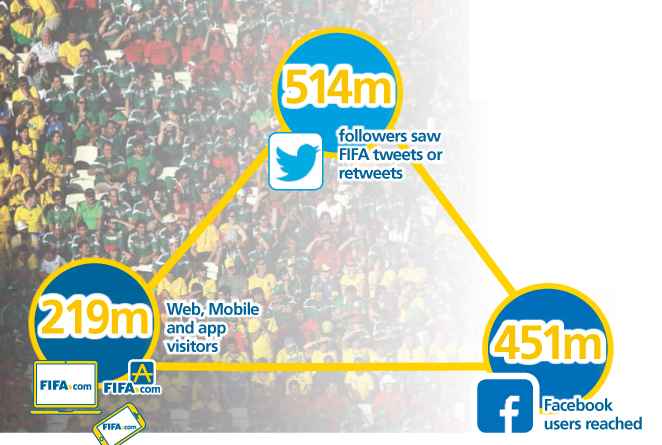 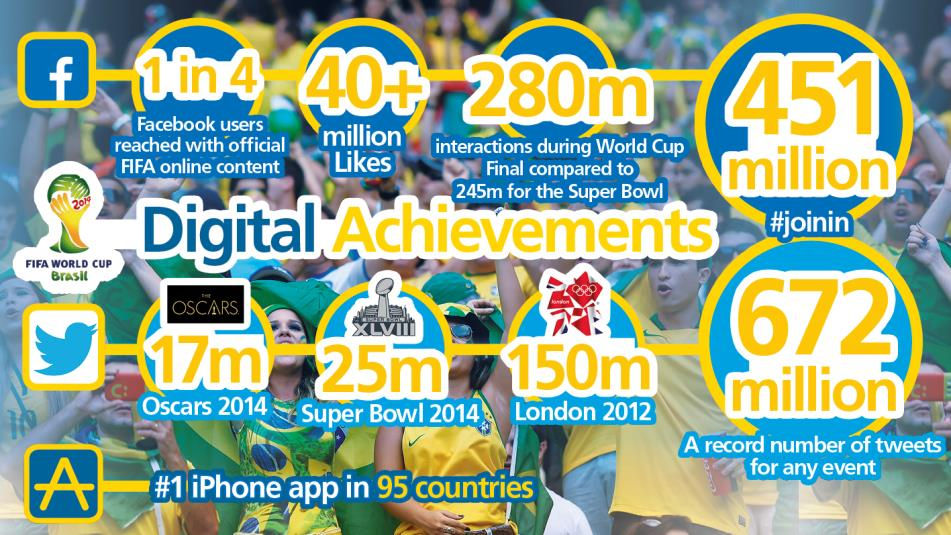