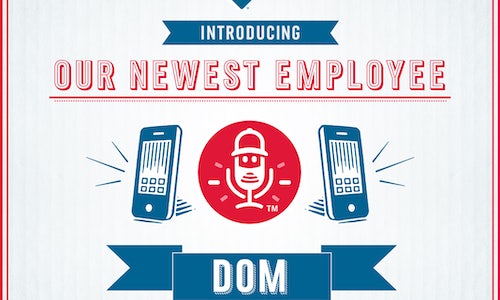 Finalist in Most Creative Use of Technology, Mobile App

Domino's, in partnership with CP+B and Nuance, created and launched a voice controlled pizza ordering assistant named Dom on their iPhone and Android mobile app. Dom has a one track mind focused on pizza and is happy to take your order, or just tell a cheesy joke. Dom adds to Domino's reputation of leveraging technology to create fun new utilities that benefit consumers, with things like Pizza Builder, Pizza Hero, Domino's Live, and Pizza Tracker.

Domino's wanted to introduce voice ordering on its mobile ordering app. The concern was that most automated systems that companies create to interact with their customers usually suck and lack personality. Ever spent time talking to an automated customer service line for example? Given Domino's reputation for leveraging technology to create fun and useful utilities for consumers, Domino's automated voice ordering assistant had to be better. That's why Domino's partnered with their agency, CP+B, and Nuance, the creators of Siri for Apple, to create the next generation of voice controlled technology. In October 2014, Domino's launched Dom, a voice controlled pizza ordering sidekick that was the centerpiece of an integrated Domino's campaign that included TV, online video, and social content. The campaign even included a consumer outreach component called "Dom is Sorry" that sent talking apology cards in the mail to those who had a not-so-favorable experience during Dom's BETA phase.

Opposed to the disembodied voice of Siri, Domino's and CP+B gave Dom a form, a happy and hopping microphone with a Domino's cap, tons of emotive expressions, and thousands of things to say and answers to questions.

Even before the TV campaign began, buzz around voice ordering spread across technology sites, and 200,000 orders were placed with Dom's help, with 500,000 orders being placed by the end of 2014.

Voice Ordering has placed Domino's into the public spotlight as a tech innovator. The launch of 'Dom' led CNBC's Jim Cramer to call Domino's on air "practically a stealth technology company": http://video.cnbc.com/gallery/?video=3000319588.

Jimmy Fallon even offered his own minute-long commentary on the Tonight Show: http://www.hulu.com/embed.html?eid=i6t8oi8yfyt1kizesorsiw&et=110&st=41&it=i245.

Being fun and loveable is one thing, but Domino's was able to leverage the creative technology of Dom to tell a brand story that resulted in doubling the weekly mobile app download rate while the DOM TV campaign aired, helping Domino's hit its targets of app usage rates and beat its 2014 goal of having 50% of all orders happening on digital platforms. 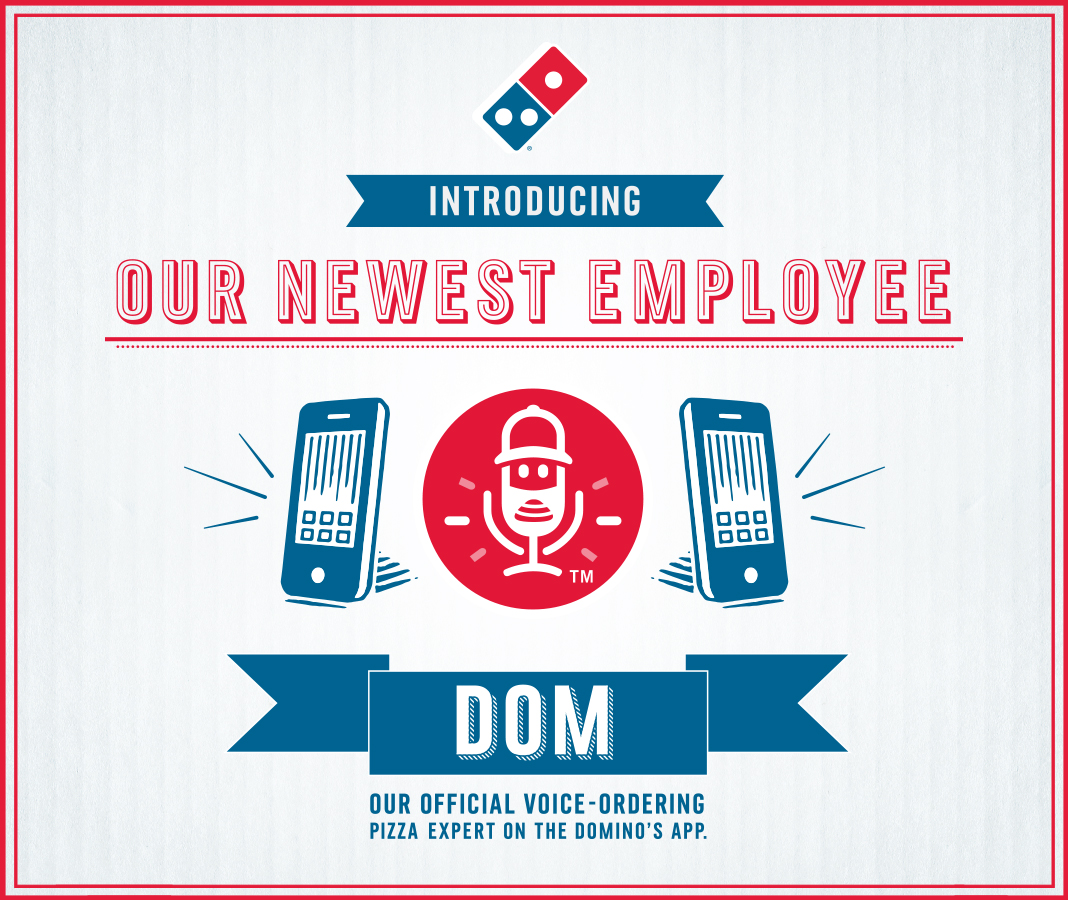