There is a battle going down in corporate data centers around the world: the battle between the forces for virtualization and the guardians of the physical network. It's true, but it's also ridiculous. And to point that out Juniper staged a rap battle. The Data Center Rap Battle campaign mixed hip-hop culture with the business-to-business jargon for results that are, well, awkward.

How did we to get embattled network IT professionals to learn about Juniper's new MetaFabric architecture? It's not a product, but a unique way to think about physical and virtual networks. To rise above the category clutter, Juniper needed to make a big impact on a small budget.

Our biggest battle, was winning the attention of busy IT execs. We broke the standard mold and did something deliberately over the top — treating IT people like people who enjoy a bit of inside humor. By making light of the truth, Juniper demonstrated its leadership and the entertainment factor made the campaign more likely to be shared.

Several elements were created for the socially oriented Rap Battle microsite. Most prominently, the site features Rap Battle videos in which IT geeks choose their sides and throw down in the data center.Site visitors choose winners for the four rounds, watch behind-the-scenes videos featuring the Corporate Rap Coach and record their own rap to can share on social networks — along with animated GIFs, memes, downloadable beats and a ringtone.

How do you show busy, highly intelligent beings they are engaged in a pointless argument and redirect their attention to your brand solution? We mashed up comedy, pop culture and social media to introduce Juniper Networks' innovative MetaFabric Architecture to corporate IT professionals while subtly communicating it's the best way to bring together physical and virtual resources.

"Data Center Rap Battle" is a digital solution that reached the IT masses (132 million impressions) by mixing hip-hop culture and tech/business terms. Designed to be purposefully awkward, these debates are entertaining, engaging and educational. Rival rap crews in our videos weren't determined by area code, however. Instead, they split on their views about the virtues of virtual vs. physical networks, which IT techs wax poetic about in hilarious nerd word jams.

We designed the Rap Battle to break the standard mold of boring information overload and to treat IT people like actual people. The microsite — http://www.datacenterrapbattle.com — engaged visitors with entertaining inside humor. The main event was a series of rap battle videos in which IT geeks gathered to settle the physical vs. virtual debate in a dimly lit office room with a gloomy "Fight Club" ambiance. The crews riffed on the merits of topics such as "Business Agility" vs. "Network Stability" in short-form videos.

The network security category is in transition as companies migrate from the old model (hardware-based networks) to a new world of "virtualization," where many network functions happen through software. The result? Tension within corporate data centers, as the old guard of IT bosses who built the physical network is pitted against the new breed of virtualization champs.

The network is the backbone of a business, and it is responsible for all aspects of operation. Maintaining this asset is a pressure-filled job, and preparing the network data center for a major transition—such as migrating from hardware-based technologies to software-defined networking (SDN) and virtualization—is even more stressful.

Research revealed many IT execs were suffering on the sidelines, waiting for someone to bridge the old way to the new. While competing brands champion either physical hardware or virtualization, Juniper's new architecture enables a simple, open and smart data center that accelerates the delivery of applications across multiple sites and clouds. We needed a bold, interruptive message to let IT folks know this big debate was unnecessary.

We proposed that an entertaining, mock confrontation would win the attention of busy IT execs, such as data center/network architects, CIOs and network administrators at midsize to large companies who deal with server virtualization, data center management and Software as a Service (SaaS). Our proposal relayed the salient points of each argument while explaining how MetaFabric delivers the best of both worlds.

Rap Battle site visitors could choose winners for each round, watch cheeky behind-the-scenes videos and record their own rap built on a Mad Libs-type script. Since our campaign offered an insider's POV of network security problems, it made sense to give our audience of IT pros a host of social tools to share the fun and spread the word. Animated Data Center GIFs, memes, downloadable beats and tasty ringtones were designed to aid awareness and extend Juniper's pop cultural relevance.

We also leveraged tech media since our audience depends on it for news and reviews and bought search terms related to physical and virtual networking solutions. We favored video units since they get the most hits, and invested in newer channels, such as Flipboard, to attract mobile users. This was particularly important since our audience is mobile all day.

Rap Battle delivered 132 million impressions and generated 5.3 million "engagements" at 10 cents per (CPE). We classified an engagement as landing on the site and taking an action, such as watching a video. Past Juniper campaigns fell within the $1–3 CPE range. The top paid-media traffic-driving sources were Google Display Network, Flipboard, YouTube, Twelvefold and Ars Technica.

Rap Battle drew 5.2 million Twitter engagements, including 9,800 retweets, 16,500 new follows and 15,300 favorites. We also tracked responses to Twitter-targeted ads with other paid media. The volume of these highly efficient engagements skewed the campaign CPE even lower.

"$.10 CPE is nearly unbelievable to me," said Brad Brooks, Juniper Networks' Chief Marketing Officer. "It shows that the content resonated very well for the target audience, and the right content can be a huge multiplier on any media buy. In this case, it clearly was." 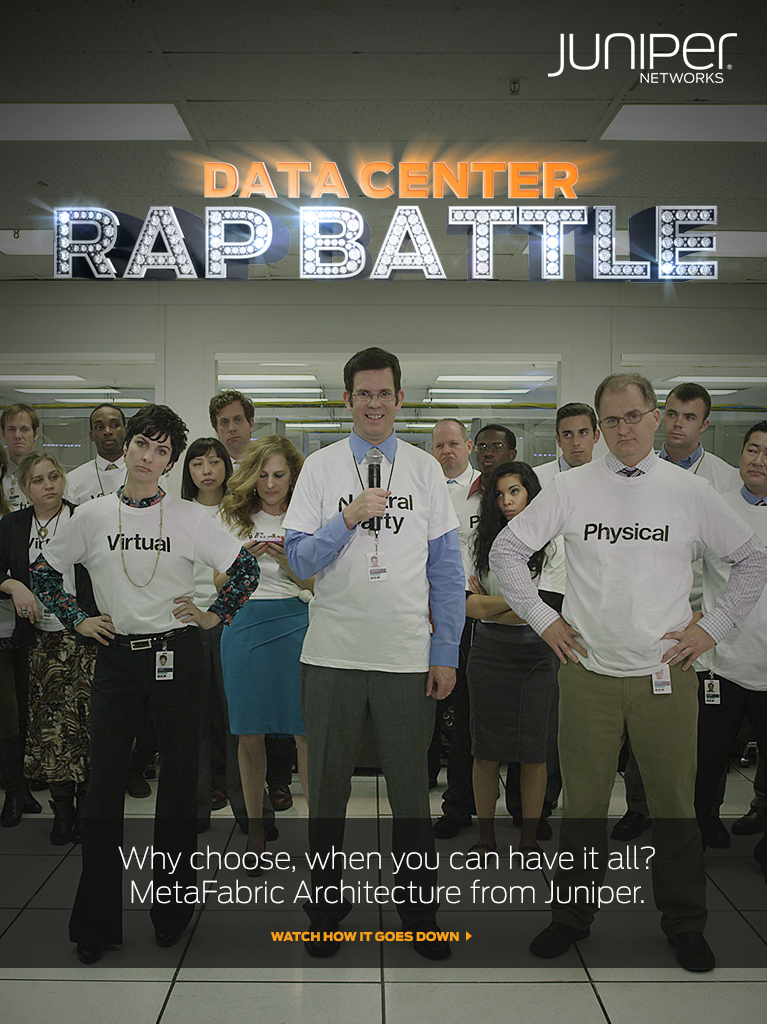 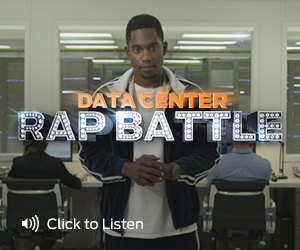 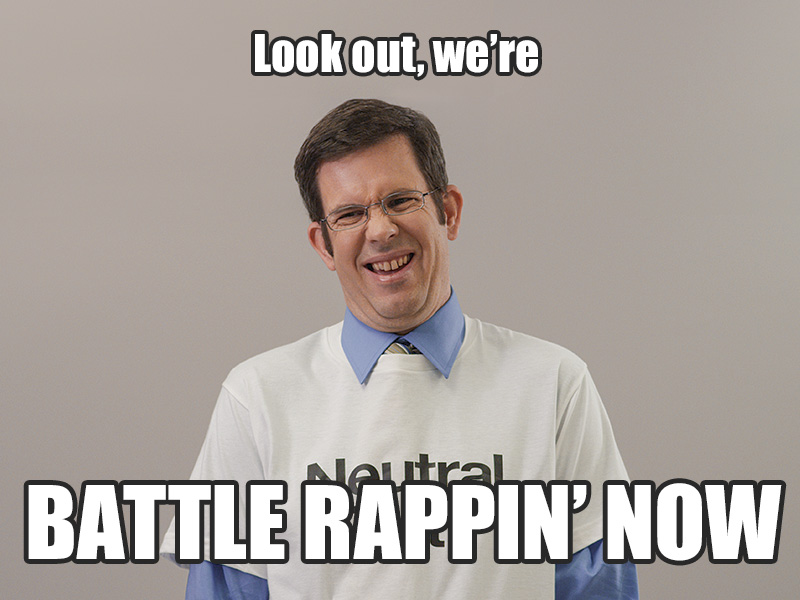