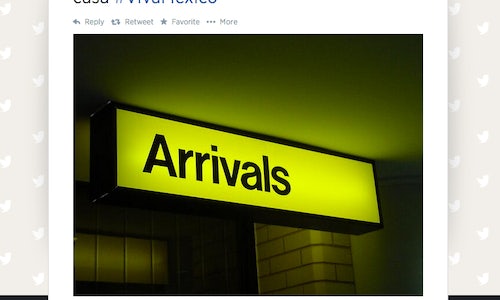 As an ongoing effort to increase digital presence for Mexico’s biggest airline, our social media team has 2 main tasks: listen and engage, 24/7. On June 29th, the World Cup match between Netherlands and Mexico took place, leaving the team out of the cup. KLM, flag carrier airline of the Netherlands made one tweet as part of their campaign that some found racist and offensive. This was the opening window for Aeromexico to appear on the field, specially around the World Cup because we were not the official airline, nor made any special deals around this special event. We replied KLM’s actions welcoming the Mexican team and stealing the time opportunity that other airlines (including the official soccer team sponsor airline) had ignored. The tweet was very simple: “Thanks for the great tournament. We are proud and waiting at home. #VivaMexico" We attached a picture of the “Arrivals" sign at airports playing with the original image used by KLM which read “Departures". One tweet became the flag of inconformity for a very large group of angry soccer fans, giving Aeromexico the opportunity to reach millions of people in a very small time. The tweet generated 7,471 retweets and 6,592 favourites in the first 24 hours. Over 13, 500, 000 impacts in 28 countries continued with posts in media like the Washington Times, Mashable and CNN among many others. Also, an estimated of $1, 500, 000 USD in free media was earned and the satisfaction of being part of the World Cup conversation for free.

This is a very interesting case for real time marketing, not only because it allowed the Aeromexico to steal the conversation, but with brand sentiment as well, making headlines in media around the world including Mashable and the Washington Times. This case is being used by Twitter offices in Mexico as a best practice, and has been debated over in several discussions in Mexico City as the first example of the power of real time marketing. 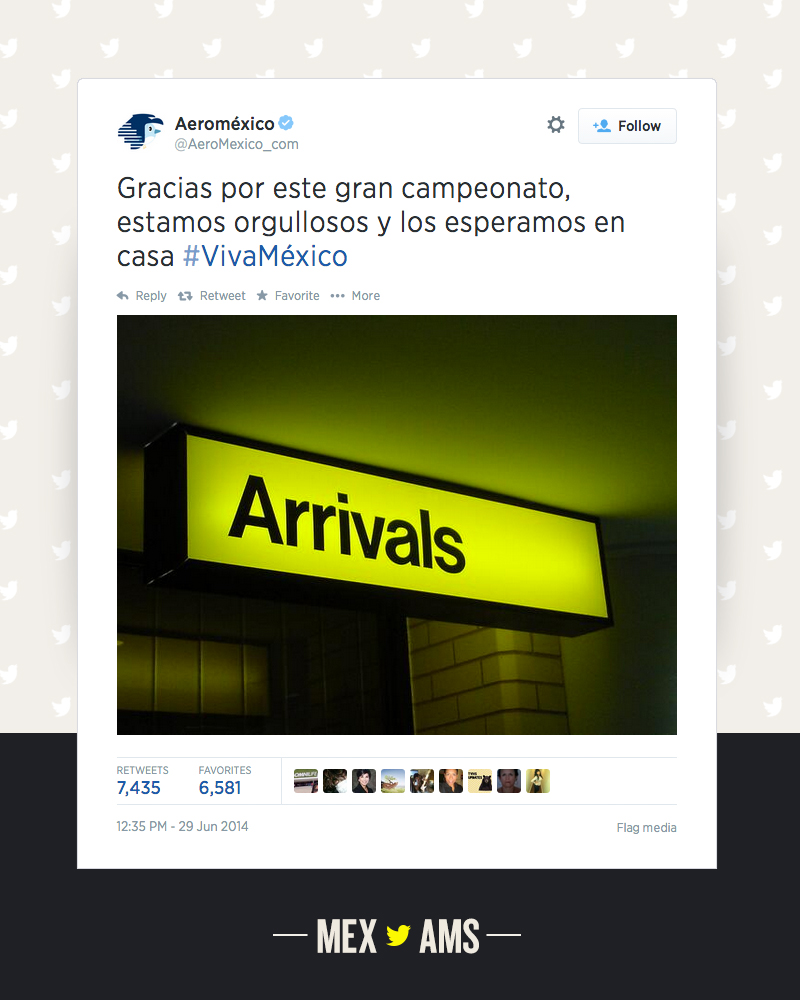