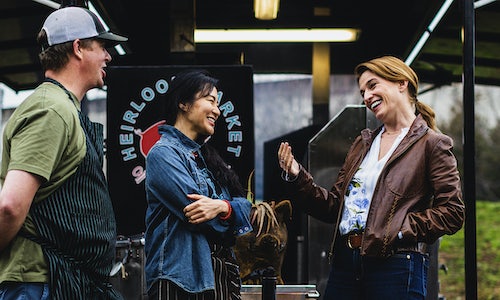 Thriving Through Food uses food to highlight how, as Americans, we are united by a shared story of coming from all over the world to contribute to our country and enjoying the richness that results from immigrants and nonimmigrants working together. We created a social video series to share beautiful stories about immigrants who have come to this country to make a life as Americans, while also enriching their communities by passionately sharing foods that nurtured them in their native countries through their restaurants. The series aims to show our common ground on immigration and the value that a welcoming and collaborative culture brings - and can continue to bring.

Stand Together, a philanthropic community that tackles the root causes of our country’s biggest problems, teamed up with three-time James Beard Award-winning chef, TV host, and New York Times bestselling cookbook author Pati Jinich to make the Thriving Through Food series. An immigrant herself who has made a life in the U.S. through her passion for sharing her native Mexican cuisine in her Emmy-nominated PBS travelogue/cooking series “Pati’s Mexican Table,” Pati is an insightful interpreter of cultures and cuisines. She has been named one of the “Keepers of the American Dream,” which honors individuals who embody the spirit of immigrant achievement and contribute to the well-being of immigrants in the U.S., by the National Immigration Forum.

Filmed on a tight schedule in two cities - Atlanta and Raleigh - in two days in March 2022, Pati visits four immigrant-owned restaurants that are uniting their communities through food. Through Pati’s interviews with the owners and cooking with them, the series brings to life four unique and inspiring stories of immigrants building a life in America while sharing their culture with their communities and bringing people together:

The episodes were distributed weekly on Fridays throughout Immigrant Heritage Month in June 2022 through Instagram and Facebook, as well as published on YouTube. To build anticipation for the episodes and to start the conversation around Thriving Through Food, we leveraged the filming in March by having Pati live post to her Instagram, Facebook, Twitter, and stories from each location. She encouraged her followers to tag immigrant-owned restaurants in their communities to further the dialogue and recognition for how immigrants enrich American culture and contribute to our country's success.

Meet and greets were also organized at each filming location bringing people out in real life to meet Pati, learn more about Stand Together, and to experience these incredible immigrant-owned restaurants in their communities.

The Thriving Through Food campaign drove 1 Million impressions on social media and the videos have close to 10,000 views. It proved to be highly engaging with posts on social media averaging an 11% engagement rate and sparked a meaningful online dialogue around the contributions of immigrants with viewers leaving comments sharing their own stories and antidotes about the blending of cultures positively impacting their lives and communities, for example:

Also, as a result of people tagging immigrant-owned restaurants in their communities during live posting from filming, we reached out to more than 125 restaurants inviting them to participate in the Thriving Through Food campaign by signing up to receive signage to display their immigrant pride in their restaurants.

Video for Thriving Through Food 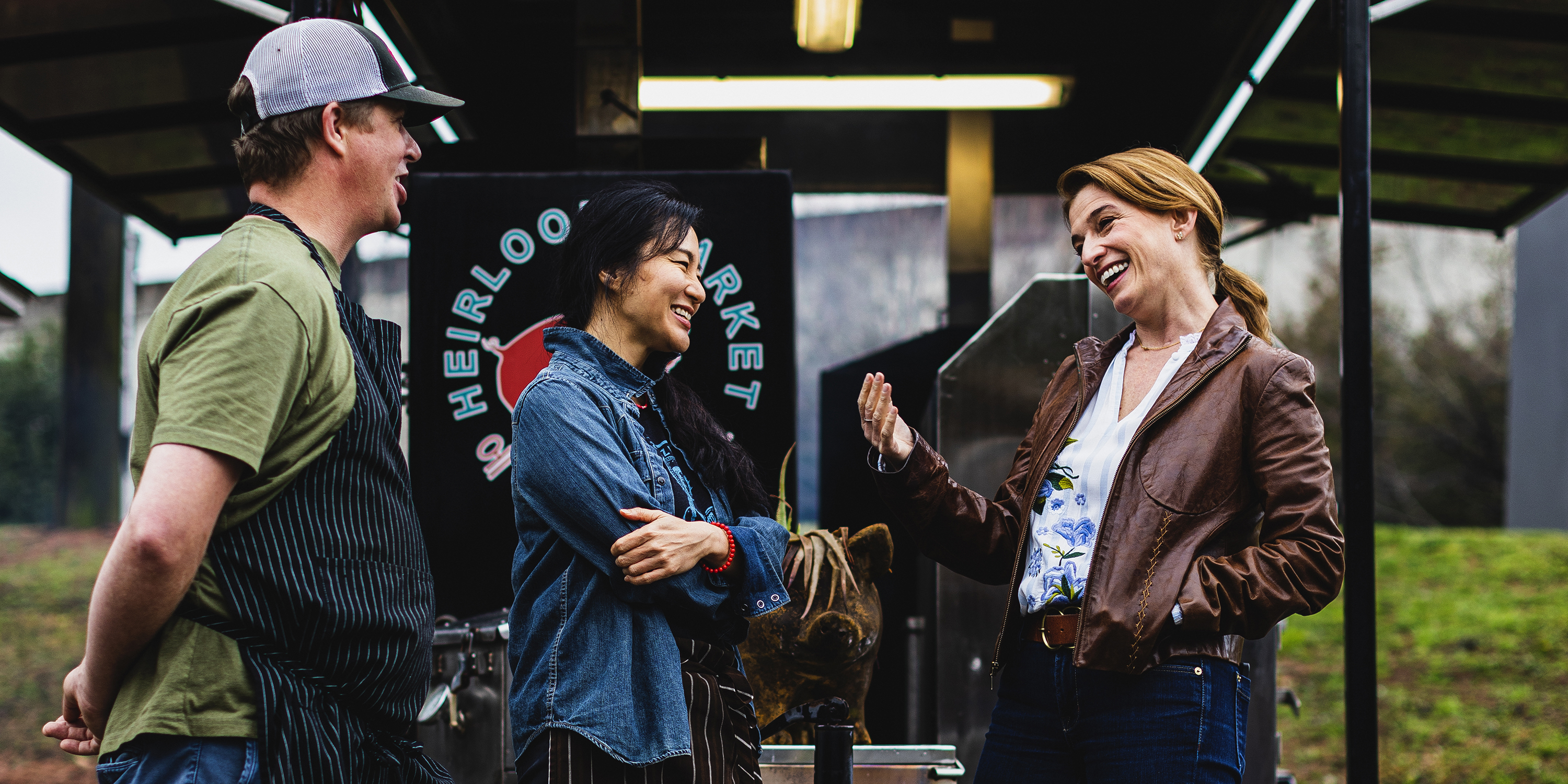