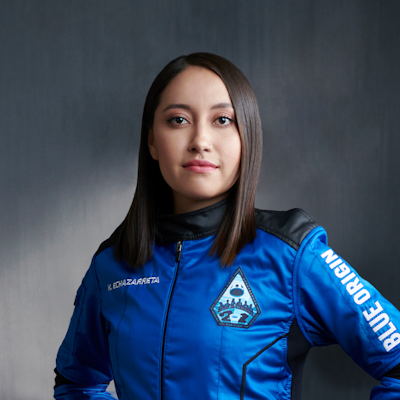 Katya was born in Mexico and her family moved to the US when she was about 7 years old. Growing up in the US was difficult at first due to the language barrier, but she worked hard and was a fluent English speaker within two years. Her mother instilled a strong work ethic in her since childhood and always encouraged her to follow her passions.

In June 2022, Katya was selected as part of ‘Space for Humanity’s’ launch, and she became the first Mexican-born female to fly to space aboard Blue Origin’s NS-21 flight.

Throughout her journey in engineering school, she was very conscious of the lack of women in the field. This was difficult for her because she did not have many people that she could ask for advice regarding several topics such as the implicit biases that women and people of color face daily. She recognizes that she has been given the opportunity to help guide those girls and women who are looking for someone with experience in what they are going through.

Through honesty about difficulties and encouragement, she hopes to be able to help women be better prepared for their experience as a woman in STEM.