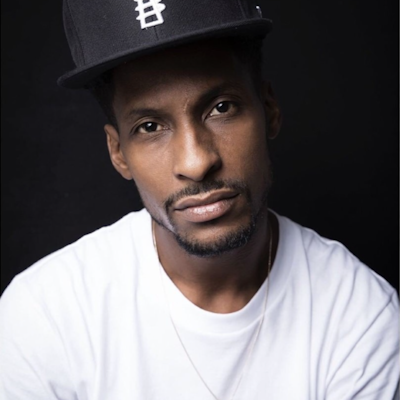 Brandon “Stix” Salaam-Bailey (born July 13, 1983) is an-American rapper, record producer, songwriter, activist, and entrepreneur. Stix, was born and raised in Watts, Ca, having started off as a full-time dancer in 2002, creating one of the most popular dance movements in the world called “KRUMP.” The new dance craze eventually went mainstream after it hit the big screens in a docu-film titled “Rize".

At the end of Summer 2015, pop star Iggy Azalea tweeted that she was back in the studio with her good friends Stix, who was instrumental in developing the early stages of Azalea’s career, to work on her 2017 release “Digital Distortion”. The first leak “Azillion” received over 1 million views on Soundcloud in 2 days and the first official single "Team" debuted #42 on the Billboard Hot 100, IGGY's highest debut of her career. The song is Gold certified by the RIAA.

In 2018, Stix has recently created the Thinkwatts Foundation a 501c3 company Foundation focused on economic development, homeless housing solutions, programming, and financial assistance to underserved and underprivileged communities. To date, the foundation has impacted over 40,000 residents and 7 cities across Los Angeles County. Moreover, Stix is the official ambassador for LAFC (Los Angeles Football Club), LA RAMS, and the LA Clippers. Stix has created the theme song for all 3 teams and has launched multiple community activations over the last year. Furthermore, Stix was awarded 4 CLIO awards for his collaboration with the Rams on a piece titled ‘What’s Watts’ and ‘It Takes All of Us’.

More recently, Nike made history with sports and apparel brand Nike by becoming one of the first non-athlete influencers to create their own custom AF1. Moreover, The Thinkwatts Foundation was a grantee of Nike’s black community commitment. In an effort to address the digital divide, along with financial inequities, Thinkwatts Foundation partnered with Mocafi bank and the city of Los Angeles to introduce the Angeleno Connectivity program which creates unrestricted access to banking to all unbanked residents in LA City and provide free internet access to low-income communities. Lastly, Stix was recipient of the of the prestigious key to the city from councilmember Joe Buscaino on Juneteenth 2021. Stix is one of 2 people to ever receive the key to the city of Watts.