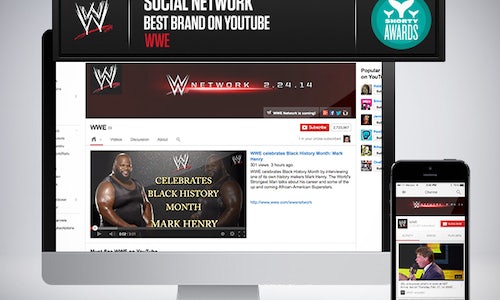 With six hours of original televised programming each week, WWE's YouTube channel allows our worldwide fan base to catch up on match highlights, and enjoy original content and series from their favorite Superstars, Divas and WWE announcers. The WWE YouTube channel's original content and series allows the WWE Universe to see Superstars and Divas in new ways, and allows WWE to extend evolving storylines to a second medium. In addition to original series, WWE on YouTube presents monthly pay-per-view Kickoff shows, live and streaming free. These programs provide free in-ring action, exclusive interviews with WWE Superstars and Divas, as well as social interaction around the night's pay-per-view event. With more than 2.69 million subscribers, the WWE YouTube channel is one of the most-followed entertainment and sports brands on YouTube, with more than 2 billion total video views of WWE content on the site in 2013. ORIGINAL SERIES ON YOUTUBE: WWE aims to spotlight our Superstars and Divas in a new light on YouTube, starring in Original Series that allows the WWE Universe to follow them outside the ring, in addition to their in-ring exploits. Here's a list of just some of the Original Series offered on WWE on YouTube each week: THE JBL & COLE SHOW w/ RENEE YOUNG WWE Raw announcers John Bradshaw Layfield and Michael Cole team with backstage interviewer Renee Young for weekly hijinks with WWE Superstars and Divas as they travel around the world. WWE BACKSTAGE FALLOUT Right after the TV cameras on Raw and SmackDown fade to black, the Backstage Fallout cameras fire up, with exclusive interviews with WWE Superstars about the night's action. THE TRIPLE H INTERVIEW WWE COO Triple H holds a weekly one-on-one interview with Michael Cole, discussing the pressing issues in the WWE Universe. THE WWE IN 5 A highlight-packed look at WWE Raw and SmackDown, for the fastest five minutes of the week. OUTSIDE THE RING A look at WWE Superstars' activities away from the ring, including appearances in the media, and other unusual events that make WWE unique. BEHIND THE MATCH WWE Superstars look back at their most memorable matches, giving insight to their thoughts as the battle unfolded. WWE INBOX A select WWE Superstar or Diva answers questions posted on Twitter. No topic is taboo. WWE TOP 10 WWE.com chooses the Top 10 of almost anything in WWE history, from the best matches, moments, and Superstars, narrowing down to the best of the best. 30 SECOND FURY Pick any devastating maneuver in WWE history, and enjoy the rush as WWE.com gives you 30 seconds of high-impact action. ACTION FIGURE SHOWDOWN One of our first fan-generated series -- WWE Action Figure Showdown takes WWE's popular Mattel action figures and re-creates historic moments in WWE history, through the magic of stop-motion animation. MORE LINKS: Visit WWE's Shorty Awards portfolio for WWE on YouTube!

WWE, a publicly traded company (NYSE: WWE), is an integrated media organization and recognized leader in global entertainment. The company consists of a portfolio of businesses that create and deliver original content 52 weeks a year to a global audience. WWE is committed to family friendly entertainment on its television programming, pay-per-view, digital media and publishing platforms. WWE programming is broadcast in more than 150 countries and 30 languages and reaches more than 650 million homes worldwide. The company is headquartered in Stamford, Conn., with offices in New York, Los Angeles, London, Miami, Mumbai, Shanghai, Singapore, Munich and Tokyo. 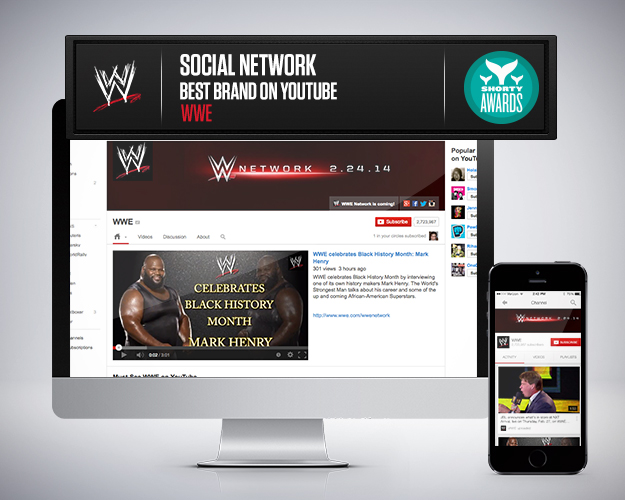