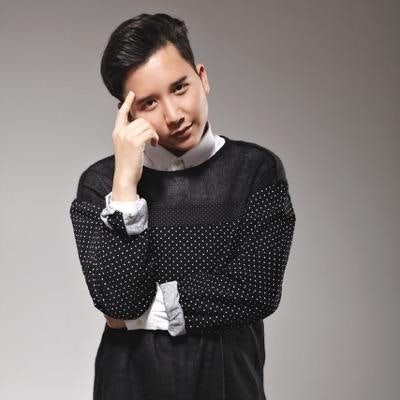 My name is Rangga Moela. I am 26 years old now. I was born in Voorburg (Netherlands) I'm half Dutch and half Indonesian...now I'm living at JKT, Indonesia since I was a kid my parents like to dress up me with unique clothes/stuff thats makes me like fashion until now, after 4 years be the one of member in the most popular boyband in indonesia SM*SH (smash). (I also act (Cinta Cenat Cenut seasons 1-3) and being brand ambassador for some products such as Ovaltine (chocolate milk), fragrance, telecommunication provider, So Nice (sausage) and many others). Now I want to make it happen for my other passion which is fashion. I have my own fashion line and it will be released last week February or first week on March and its ED-JEH (slang of "edgy"). My collection is kinda street wear that u can use daily but with a touch of edginess. I was featured in some fashion magazines in indonesia and also fashion blogs. I just wanna inspire young people here that we can makes our dream happen if we believe and work hard on it. Social media is really really important for me, because as a celebrity here in Indonesia I have to communicate with my fans, friends and family because of the schedule and other things. It makes u closer with all the people that actually far from me and it makes people more "know" bout myself. Sometimes I also do a promotion for selling our cd's or the other..and I also do a #antibullying campaign here...coz there's a lot of young people that lose their hope and their dream just because the bullying thing. I also like to post my photos on Instagram (@ranggamoela and @ed_jeh ) my daily outfit or things that I liked. I think all the people were born with their own uniqueness, so don't be afraid to show it. My quote is "I wasn't born to fit in, I was born to stand out" coz I think we were born different so why u have to be same with the others...I believe that my uniqueness also make all the things that I do unique also my social media...this is my 2nd year being nominated for Shorty Awards :)