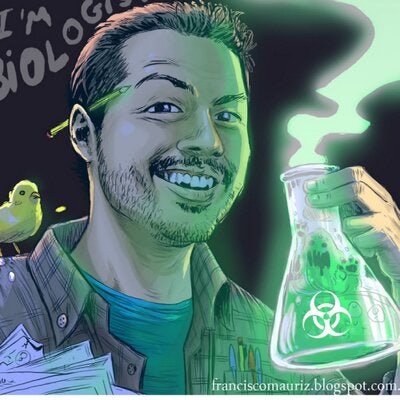 [Translated from Portuguese] Atila Iamarino is a biologist, graduated from the University of São Paulo. He has a PhD in microbiology from the University of São Paulo. He taught biology courses for Pre-Entrance Examination for years and edits the blog Red Queen. ScienceBlogs Brazil was born in August 2008 as Lablogatórios, a personal project of Iamarino and fellow scientist Carlos Hotta. The purpose of ScienceBlogs is to create a space where you can discuss science in an open and inspiring way. In an era where issues like climate change, biofuels, AIDS, tropical diseases, stem cells, and many other topics crucially important to society are discussed daily, science communication becomes increasingly necessary. ScienceBlogs Brazil has the additional challenge of discussing and popularizing science in a developing country where scientific illiteracy prevails.