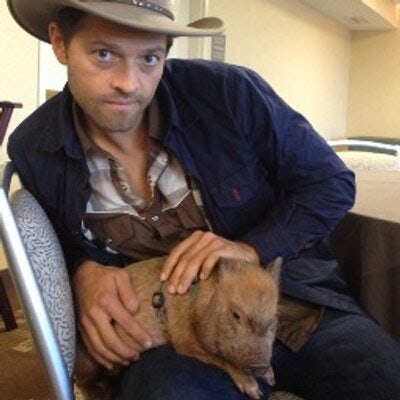 Misha Collins stars as Castiel, the angel on The CW’s thriller Supernatural. In addition, Misha has had recurring roles on ER and 24 and has guest-starred on numerous other shows including Nip/Tuck, CSI, CSI:NY, NCIS, Monk, and NYPD Blue. On the big screen, Misha is best known for his role as serial killer Paul Bernardo in the film Karla. Other film credits include Par 6 and Girl, Interrupted. Misha was born in Boston, Massachusetts. He earned a BA in Social Theory from The University of Chicago, where he graduated with honors. Before turning to acting, he worked as a carpenter and woodworker in New England. Misha is a published poet with works in The Columbia Poetry Review, The California Quarterly and other literary journals. A film Misha helped produce, Loot, won Best Documentary Feature at the LA Film Festival in 2008 and aired on HBO. Misha founded the 501c3 Random Acts, which has built schools, orphanages, and mobilized people all over the world to participate in good works. He produces a cooking show with his son, “cooking fast and fresh with west" and he runs the world’s largest scavenger hunt, GISHWHES the Greatest International Scavenger Hunt The World Has Ever Seen, which has helped him break 5 Guinness World Records. Misha has spent several months in seclusion in monasteries in Yosemite, Tibet and elsewhere. Misha is a certified lifeguard, EMT and motorcyclist who currently resides in Los Angeles.