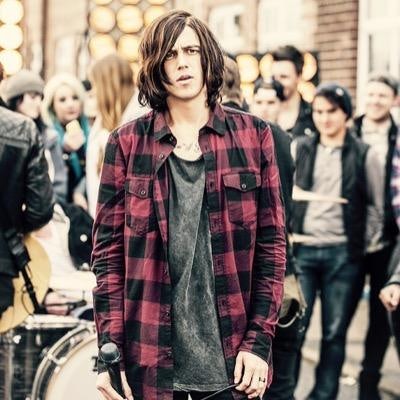 Kellin Quinn, age 27, is the vocalist of the band Sleeping With Sirens and also the owner of the clothing line Anthem Made. Kellin's band released their full-length, Feel, in 2013 which debuted on Billboard's Top 200 Chart at #3. His band has sold out numerous shows & tours worldwide, all thanks to the supportive fans! But wait - there's more that he does! He's also a husband and father currently residing in Oregon. While a majority of Kellin's time is spent touring worldwide with his band and meeting his fans, he truly cherishes time spent with his family back home. Kellin utilizes social media for the sole purpose of connecting with the people who support him: his fans. It just takes one look at his accounts to give you a look at how he connects with his fans consistently! You'll quickly notice that Kellin actually looks at what people say to him and responds as much as possible to individuals on his personal account. He understands that it's his fans' amazing support that allows him to live his dream and knows how much they value that online connection.