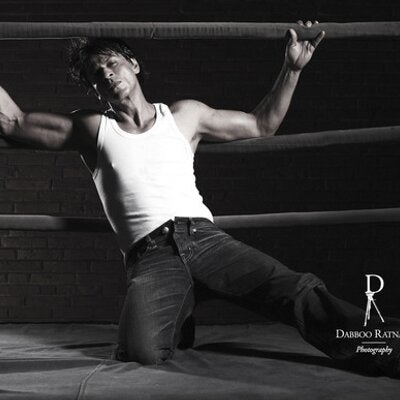 From Wikipedia: Shahrukh Khan, often credited as Shah Rukh Khan and informally referred as SRK, is an Indian film actor, producer, TV host, mentor and philanthropist. Referred to in the media as "Badshah of Bollywood" or "King Khan," he has appeared in more than 50 Hindi films in genres ranging from romance to action and comedies. His work in India's film industry has garnered him numerous achievements, including fourteen Filmfare Awards from thirty nominations. His eighth Filmfare Best Actor Award win made him the most awarded Bollywood actor of all time in that category, tied only with actor Dilip Kumar. He was awarded with the Padma Shri by the Government of India in 2005, and the Ordre des Arts et des Lettres by the Government of France in 2007 for his contribution to films. Khan is co-chairman of the motion picture production and distribution company Red Chillies Entertainment and the animation studio Red Chillies VFX. He is also co-owner of the Indian Premier League cricket team Kolkata Knight Riders. The year 2007 marked his debut as a television presenter with the Star Plus gaming show Kaun Banega Crorepati.