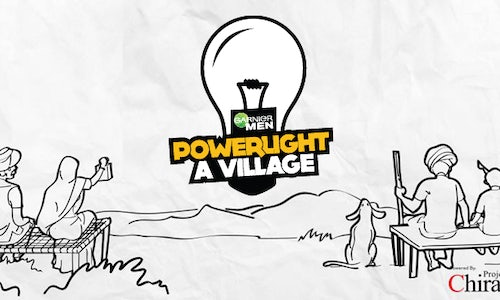 An undeniable fact is that India is a land of paradoxes. While the affluent Indians live the best lifestyle with the fastest cars and trendiest fashion styles, close to 72 million Indians still live in darkness. 72,000 villages across India have no access to any light. Earlier in 2013, leading Indian men's skin care brand Garnier Men initiated the 'PowerLight A Village' campaign in collaboration with Chirag Rural Development Foundation (Project Chirag) with an aim to light up hundreds of rural households in India that are without any electricity. Consumers had the opportunity to participate in a movement that will help Garnier Men in the identification and electrification of light-less villages across India using solar power. Every action made online, is translated into actual energy donation on – ground in the village. Every like, share and comment across the Garnier Men social media platforms, contributes a predetermined unit of energy. The Facebook app created gives every user, fan and consumer to contribute to this cause. Every click generates 10 watts of digital energy that is converted to on-ground energy. Villagers are provided with 1 solar lamp that also has an in-built mobile charging unit, 1 solar tube light and 1 solar panel to charge their equipment. This equipment is assembled together by physically challenged communities in Maharashtra. In a country like India which receives 300-325 sunny days a year, these units will help villages get a continuous supply of electricity. 'PowerLight A Village' is an extension of the 'Men Who Matter' initiative by Garnier Men India which began in 2012 and is driven by the 2 Million+ Men Who Matter on Facebook and Twitter. The personal care category for Men in India is a high involvement, yet low fun category. Unlike other categories such as alcohol or bikes which talk about more fun yet frivolous things, the category needed more content which would work on a digital space. The main target audience of the brand are Males between the ages of 15 – 35 that a part of the Tier 1, 2 & 3 cities across India. Our attempt was to target the emotional side of the focus groups who would be urged to do something for the less fortunate. A campaign that uses social currency, executed primarily across the digital platforms of Garnier Men to provide electricity to remote villages in India, the ‘PowerLight A Village’ campaign aimed at creating awareness among consumers to contribute through their pledges on social media. From the time the campaign was initiated, innovative ways were introduced for fans and consumers to join the 'PowerLight A Village' movement. It all began with the famous Bollywood actor John Abraham expressing his support for the cause one glittering evening. Following which, the Indian cities of Jaipur and Hyderabad were in for an electrifying treat as the cricketers of team Rajasthan Royals and Sunrisers Hyderabad from the Indian Premier League participated in this movement too. Rajasthan Royals cricketers Rahul Dravid, Ajinkya Rahane & Shane Watson and Sunrisers Hyderabad cricketers Cameron White, Ishant Sharma and Dale Steyn launched this social campaign by riding the PowerLight A Village bicycles in malls in Jaipur and Hyderabad to contribute towards this cause. The ‘Pedal To PowerLight’ events were attended by thousands of young fans who got the opportunity to meet their favorite cricketers, receive grooming tips from Garnier Men and contribute to a good cause at the same time. These cricketers continued their support as we went on to organize a one-of-its kind Google+ Hangout that saw Rahul Dravid, Paddy Upton, Kumara Sangakarra, VVS Laxman and Kris Srikanth discuss cricket which helped in propelling the 'PowerLight A Village' movement forward. As this initiative entered the 2nd phase we conceptualized and released a 2 minute short digital film that depicts the story of a young boy – Om - who runs across the village to ‘collect light’ for his older sister so that she can continue to study post sunset. Through the 'PowerLight A Village' campaign Garnier Men stands true to its tagline 'Take Care' and making it not just a personal statement but extending to the society at large. Results: Over 800 households in India’s villages have benefitted by this initiative #PowerLightAVillage trended on Twitter in India for 7 days in a row. While #SolarLight and #LightALife trended in India twice Across the 2 phases of the campaign, close to 499,382 - half a million fans have joined the Garnier Men Facebook page Increase in user engagement is close to 900% On an average 200,000 People are talking about the Garnier Men initiative on Facebook with a Total Reach – 23,000,000 Within 24 hours of its release, the digital film - Om's Story received close to 10,690 views Cumulative views of the digital film across digital platforms – 2 Million 23,651 shares of the video on Facebook Close to 1,894,769 watts have been generated online Total tweets & interactions for the Google+ Hangout – 30,263 20,343 fans viewed the Google+ Hangout LIVE which had a total reach 7,018,726

http://bit.ly/1foc04d - The digital film 'Light up a life this Diwali' that was released in the 2nd phase of the campaign https://www.facebook.com/GarnierMenIndia https://twitter.com/TheGarnierMan 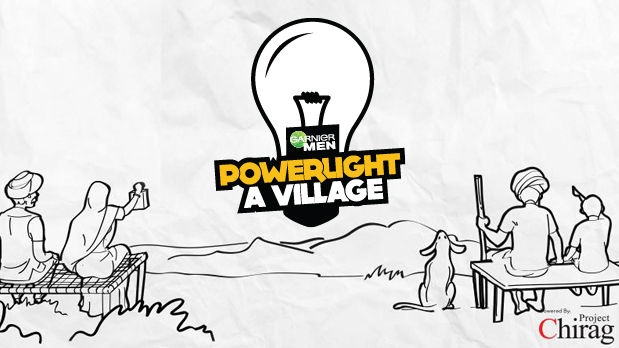